Shining a light on LEDs

The rapid development of LEDs is now leading to a greater quest for consistency and improved colour rendition during production. David Fox reports for IBC365.

The area of broadcast and location lighting has been transformed over the past few years, from an era of large, power-hungry lights to smaller, slimmer, lightweight fixtures that use a lot less power. 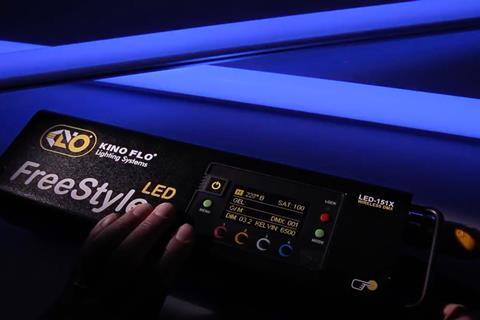 This is down to rapid development of light emitting diodes (LEDs), which have gone from being cheap and nasty, producing unnatural skin tones, to high-quality full-spectrum lights that not only offer luminous skin tones, but often a wide array of colours and effects.

One of the keys to this change has been our ability to properly measure the quality of the light. There has long been the CRI (colour rendering index), but this only measures what the eye can see, which is great for theatrical or museum lighting, but not for the digital sensors in modern cameras.

Instead there is now the Television Lighting Consistency Index, which has been adopted by the EBU and was devised to work with typical camera sensors. Any light with a rating of about 85 to 100 will result in errors so small that a colourist would not need to correct them. In fact, anything above 50 should be OK to broadcast with a bit of work in the grading suite. Most new lights now come with a TLCI rating, with most of those near enough to the top that you won’t have to worry about grading.

“If a light source [has a TLCI rating that] is 90 or over it just works and everything is fine,” says Alan Roberts, the colour scientist and former BBC engineer who was the driver behind the TLCI standard.

He believes that the standard is “pushing the industry to take better measurements,” which is leading to improved light quality. There are also now lots of handheld light meters that offer TLCI measurement, “so any gaffer can do it with a relatively cheap meter.”

However, “a TLCI rating doesn’t mean lights match,” although how well they match is already measured by some meters (using the Television Luminance Matching Factor, which is part of the TLCI standard). “The higher the TLCI is, the less important the TLMF is,” he adds.

David Morphy, director of the distributor Cirro Lite (Europe), believes TLCI is a “very good” system for identifying lights that will work well for broadcasters using many different types of camera, but says that to get the most out of the specific sensors used by each different camera model, especially for movie work, “each light needs to be slightly modified to match each camera chip.” For example, he points out that Kino Flo lights come set up for the Arri Alexa, but can then be tweaked to make the most of other cameras.

He claims that the Kino Flo panels are being used on a lot of feature films (such as Star Wars, Artemis Fowl and Aladdin) close to the talent, “because the colour reproduction is so good.”

One of the benefits of moving to LEDs is that they come in so many shapes and sizes. “We now have multiple form factors, from tubes to small and large panels, all off the same chip sets, so they all match and are highly tuneable, and they can all do gel colours. They are basically designed to work with modern digital camera chips,” said Morphy. Other manufacturers go further, including bendable and even foldable lightweight fabric lights.

“When you are matching the sun you need that punch. The LED systems don’t have the power as a single source, and can’t [yet] replace a 6kW or 18kW HMI as a point source.” David Morphy, Cirro Lite (Europe)

Power up
If LEDs are now so good, is there still any place for HMIs or fluorescent lamps?

Morphy maintains that there is certainly a need for HMI. “When you are matching the sun you need that punch. The LED systems don’t have the power as a single source, and can’t [yet] replace a 6kW or 18kW HMI as a point source.”

Many people are also still using fluorescent lights as a high-quality source, when they don’t need the controllability of LEDs, as they are generally better value.

Besides, LEDs are not perfect. Morphy points out that a lot of LEDs are over run, meaning they over heat and then degrade over a couple of years, making it more difficult for users to match their colour temperatures.

However, the power of LED systems is rising, and this has drawn the attention of Power Gems, which specialises in high-power electronic power supplies for location lighting (generally HMIs). It has now made its first move into the LED market with two LED power supplies (a 600W/900W and a 1200W/1800W).

“(LEDs) have gone from being cheap and nasty, producing unnatural skin tones, to high-quality full-spectrum lights that not only offer luminous skin tones, but often a wide array of colours and effects.”

Fabric softeners
Aladdin’s new 200W and 350W bi-colour Fabric-Lite is flexible, foldable and portable, with a TLCI rating of 97-98. The 90x90cm panel can be mounted on a frame and combined with others to cover up to 3.6x3.6m, or wrapped around objects. Aladdin also has a thin new Bi-Flex M7 flexible bi-colour 1x1 light that is more durable and can be bent, although not folded. It has a TLCI rating of 97, offers a beam angle of 140° and will also take a diffuser or soft box and a grid. 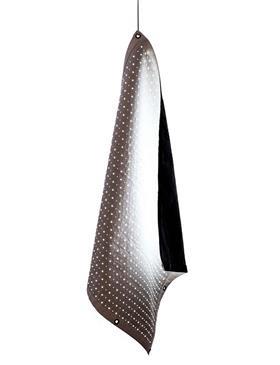 The new ProFound ProFlex range are particularly thin and can be folded or rolled like paper. The three models (50W, 100W and 200W) are also waterproof and claimed to be “shoe heel proof” with a TLCI of at least 98. Its new PanFlex series is a smaller flexible light that is also waterproof and durable. This delivers more constant bending, either inward or outward, thanks to a transparent rubber lamination applied to its surface. The smallest model, the PanFlex 5-inch, can use any external USB battery.

Falcon Eyes has added its new RGBW LED technology to its best-selling Roll-Flex series. These flexible, waterproof mats can now produce any colour, plus tuneable whites from 2700K - 9999K. The 100W and 200W Roll-Flex RGBW models support DMX control (or 2.4GHz remote) and can be programmed to create different motion backgrounds, such as police car lighting or other colour movement effects.

The new LiteGear LiteMat Spectrum allows users to add accent colour and can accurately reproduce any Kelvin temperature of white light between 2000K and 11000K with +/- 8 points of tint correction. It can augment this with 360º of colour accents and saturated colour can be delicately added with 100 shades of depth. It is Certified Colour-Space Compliant. By setting the recording format in the dimmer (Rec.709, Rec.2020, etc.), it will only produce colour within that colour space. That should mean no colour noise and no data outside the specified gamut. 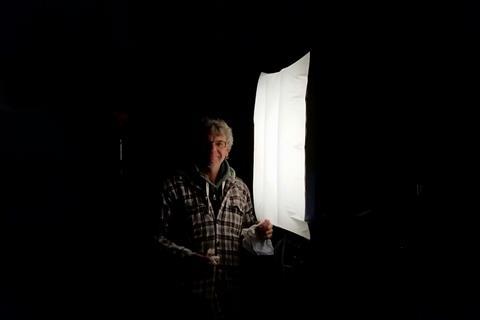 Subject to inflation: All pumped up about the new Exalux Pillow light

Pillow is a lightweight light, created by lighting designer Olivier Neveu, who came up with the concept, and Exalux. It produces a soft, enveloping light particularly useful for illuminating faces, with a 2200K-6500K colour temperature range. It weighs so little it can be carried at arm’s length without any fatigue.

Exalux also offers a similar optional inflatable diffuser for its new LEDZep lightweight 1x4 LED source so it can also provide an ultra-soft light for faces.

Shaping up
One form factor given a new lease of life by LEDs is the tube. These can often be used like fluorescent tubes, in the same fixtures, or as standalone lamps, particularly useful in cars or other enclosed spaces.

Kino Flo Systems’ new FreeStyle LED Tubes can give a single slash of light (in any colour), or fit in a 4x4 bank to give about the same light levels you’d get from a 1kW tungsten softlight. They use Kino Flo’s True Match white light and RGBWW colour management system and offer 310° of light, compared to the 180º beam typically seen from LED tubes, which means that if they are fitted in a 4Bank fixture, the light intensifying reflector can actually make a difference, projecting their soft light forward at a 100° beam angle.

They can also be used as effects lights (police/lightning/etc), as can NanGuang’s latest Pavolite RGB tube light, the TRGB1212B. This RGB+W all-in-one fixture has a TLCI rating of more than 95 in all its modes. Like an increasing number of lights now, it can be controlled via a smartphone app (for iOS and Android) as well as the usual DMX.

A fresh take on the usual panel light is Lishuai’s new range of curved, wide-angle LED lights, which use a convex design with up to 180º coverage. They range from the tiny 5W W5 on-camera or pocket light to the 300W W90. They have a TLCI of 95+ (dependent on colour temperature – which ranges from 3200K to 5600K).

Panel games
However, more traditional panel lights are still the mainstay. The new Lupo Superpanel Full Colour 30 is its first RGBW panel, producing colour temperature tuneable whites from 2800K to 10000K with green and magenta adjustments, plus a full range of colours, with full control over hue, saturation and intensity of all colours. 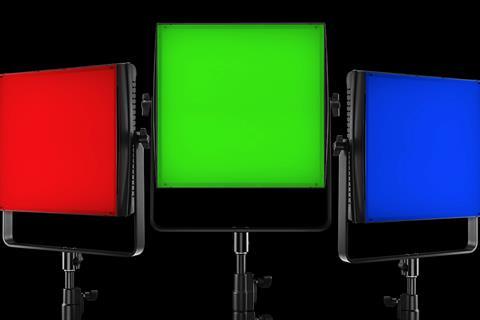 The 30x30cm fixture has a TLCI rating of better than 98 across the colour temperatures. The 200W unit can be powered using a standard 14.8v battery (13-28v DC input) or mains where many RGBW lights require at least 24v power.

The lightweight new Velvet Light Evo 2 Colour is a similar, but with added white. The 200W RGBWW fixture uses both warm white/amber and cool white, which it claims extends the colour possibilities over RGBW technology, because it can produce a more natural white light and richer colours. Colour filters can also be added to any colour temperature, to give them more output. The light has a TLCI rating of 97+ across the colour temperature range (2500K to 9900K) and delivers 7500 lux at 1m (twice the output of the original Velvet 2). It has a beam angle of 115º. 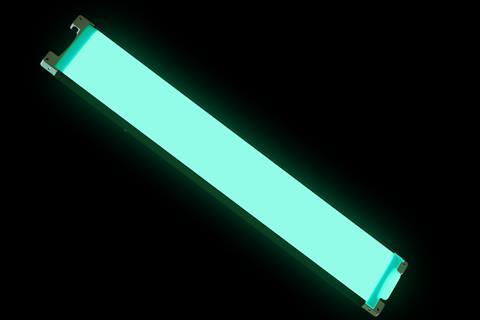 Mixed with a dash of lime: DMG’s Mix is easier to match

DMG Lumiere takes it one step further, with its new Mix line of RGGBWW fixtures, which use six types of LED: red, lime, green, blue, white (daylight) and amber – the last a lukewarm white at 4400K, which DMG maintains gives added punch compared to the more traditional 3200K. It is claimed to provide “the best Rosco gel matches of any colour-mixing LED source.” Its MyMix control software can automatically set a base colour temperature of a Mix model to accurately match other units on set and can store presets, templates and full lighting designs and allows for online collaboration. A colour picker helps recreate colours from a photograph.

However, is this splurge of colour really necessary? Morphy believes that moving beyond RGBWW isn’t a realistic option for most users employing lighting desks, as the consoles generally can’t cope with anything more than that, as the software may not be able to address it accurately. Besides, “the camera can only read so much colour” in the Rec.2020 colour space. “For cinematography, the focus is on getting the white right and the colour is a bonus,” he says.

Roberts believes that RGGBWW, and even RGBWW lights are a step beyond what is needed for good broadcast lighting, although they are great for show lighting.