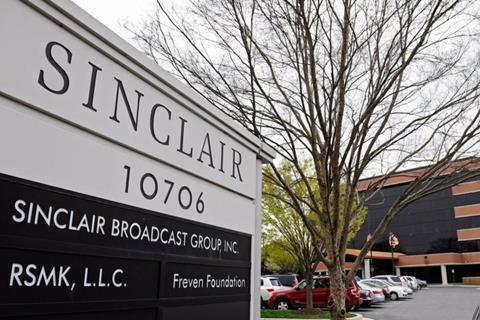 Sinclair Broadcast group has completed the acquisition of the equity interest in 21 Regional Sports Networks and Fox College Sports from The Walt Disney Company.

The transaction and total enterprise value of the Regional Sports Networks (RSNs) were valued at $9.6 billion after months of negotiating and transferring the assets previously owned by Fox.

The acquisition was approved by the US Department of Justice and was a stipulation to push through Disney’s $71.3 billion purchase of film and television properties from 21st Century Fox, which included the RSNs.

Sinclair president and chief executive Chris Ripley said: “We are very excited about the transformational aspects the RSN acquisition will have on Sinclair and are eager to bring those opportunities to life.

“We welcome Jeff Krolik, President of the RSNs, and the rest of the RSN management team and staff to the Sinclair family. We have an exciting future ahead of us.”

Antitrust regulators specified that Disney had to divest itself from the sports networks due to its ownership of sports media giant ESPN.

The RSN portfolio, which excludes the YES Network, is the largest collection of RSNs in the marketplace today, with an extensive footprint that includes exclusive local rights to 42 professional teams consisting of 14 Major League Baseball teams, 16 National Basketball Association teams and 12 National Hockey League teams.

The deal was initially announced in May pending approval and highlighted Sinclair’s “unique opportunity to diversify its content sources and revenue streams,” with assets that will drive live viewing.

IBC365 reported Sinclair could become a significant challenger with its cable offerings and now RSNs with the opportunity to bundle the channels with local news broadcasts to attract customers.

Ripley did not rule out partnerships with Amazon and other technology giants to offers live sports to consumers globally, according to Reuters.

The RSNs were acquired via a newly formed, indirect subsidiary of Sinclair, Diamond Sports Group, LLC.

Byron Allen has agreed to become an equity and content partner in a newly formed indirect subsidiary of Sinclair and an indirect parent of Diamond.

Allen bought The Weather Channel in 2018, is also the founder, chairman, and chief executive of Entertainment Studios, a global media, content and technology company.