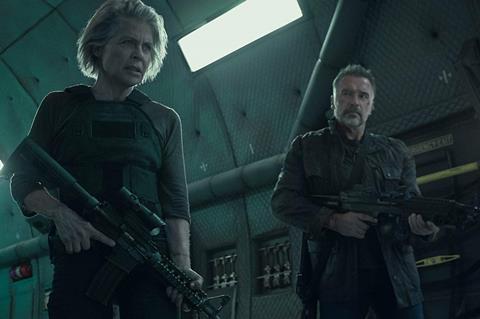 The two companies struck the deal enabling Sky customers to pay for access to the premium Disney+ content via an app after it launches on 24 March.

Under the terms of the deal Sky will also hold the first-pay window for 20th Century film rights including Le Man ’66 and Terminator: Dark Fate, which will continue to be available for Sky Cinema customers.

Disney+ app will join Netflix and BBC iPlayer on Sky Q and will also launch on Sky’s streaming service Now TV in the following months.

Sky group chief executive Jeremy Darroch said: “We’ve built a strong partnership with Disney over three decades and we’re pleased that our customers in the UK and Ireland can continue to enjoy their world-class content – all in one place on Sky Q.

“This is a great start to what is set to be another stellar year for Sky – in 2020 we’ll launch new channels and genres, start building Sky Studios Elstree and we’ve got brilliant new and returning originals coming too.”

According to PP Foresight analyst Paolo Pescatore, “[The deal] reinforces Sky’s desire to be a one-stop-shop for households.

“This deal suggests an exclusive deal for a UK provider is still up for grabs. Highly likely that a mobile operator will secure this, mirroring Disney’s strategy in the US.

“Therefore, EE looks to be in prime position given its track record in securing key premium content partnerships. Disney brings the most sought-after breath of premium programming for all genres.”

Disney+ is set to launch in a number of European markets in a matter of months with news breaking yesterday that German telco Deutsche Telekom is reportedly in talks with Walt Disney to gain the content rights for Disney+ on its MagentaTV platform to fight against the competition from Vodafone.

A report from Variety stated that Sky overtook the competition from BT and Virgin Media in securing the lucrative deal with Disney, which was reported to hold a similar scope to its recently renewed agreement with Netflix.

Pescatore added: “There’s a lot of excitement ahead of the Disney+ arrival. This will help drive awareness and initial subscriber adoption for the new video streaming service. Maintaining this will be a challenge.”

The slate of Disney+ originals from launch includes The Mandalorian, High School Musical: The Musical: The Series, Diary of a Future President, The World According To Jeff Goldblum and Marvel’s Hero Project.

Walt Disney Direct-to-Consumer and International chairman Kevin Mayer said: “We are delighted that Sky is selling the Disney+ service on their platform and, along with our other distribution partners, will deliver exceptional reach at launch.”

The Sky is the limit

At the end of January, an exclusive streaming deal between Sky and Disney was rumoured to be close to a conclusion, with IBC365 speculating on the potential of the deal shaking up the UK direct-to-consumer OTT landscape.

With speculation confirmed, this is a huge win for Sky as it prevents its rivals BT and Virgin Media from fully integrating the Disney+ service with other programming. However, they would potentially have the ability to carry the Disney+ app.