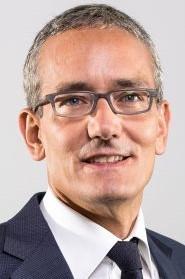 KPN CEO Maximo Ibarra has been named as the new CEO of Sky Italia, effective from October.

Dutch telco KPN confirmed that Ibarra has resigned as CEO to return to Italy to take up “an executive position”. He joined KPN in 2017.

Comcast-owned Sky said Ibarra will become its new chief executive on 1 October, the day after he is due to depart KPN.

Ibarra was KPN’s first foreign CEO and has focussed on the rollout of fibre-to-the-home during his time with the firm.

Prior to this, he was CEO of Italian telco Wind, steering the VEON-owned company through its merger with CK Hutchison’s 3 Italia.

On his departure from KPN, Ibarra said: “I have been with KPN since 2017, and appointed CEO in 2018. I regret the timing, but family reasons gave me no choice. I will dedicate myself in the coming months to secure a seamless transfer to my successor.”

He will take the helm at broadcaster Sky as it launches into the Italian fixed broadband market on the back of a partnership with Open Fiber.

The partnership gives Sky access to Open Fiber’s FTTH network that is set to reach 271 urban areas across Italy by 2022. Sky will roll out its service in summer 2019.

Ibarra will step into a role vacated by Andrea Zappia, who is now Sky’s head of operations across continental Europe, and who Ibarra will report in to when he takes up the reins in Italy.

“The upcoming launch of the broadband offer will allow us to further expand our business in a very important area for our customers and one in which Maximo has great experience,” said Zappia in a statement to Italian media.