Sky looks to build Studios division via acquisitions and deals 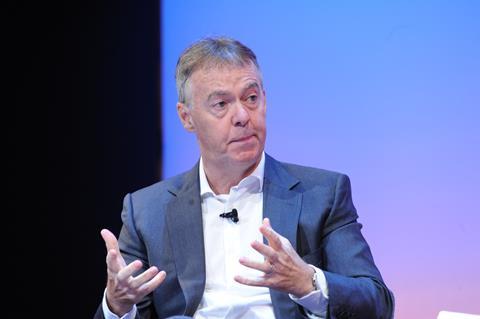 Sky group chief executive Jeremy Darroch has spelt out some of the ways that the company plans to build up its new Sky Studios production division.

Speaking at the RTS Cambridge Convention, Darroch said that Sky plans to acquire and to take stakes in production companies, and to strike output deals with producers.

His comments came just weeks after Comcast-owned Sky said that it plans to double its investment in programming over the next five years. Sky Studios will produce and develop original content across all genres, with a focus on drama and comedy.

The focus on drama and comedy comes as Sky looks to reduce its reliance on sport as a driver of subscriptions, and to broaden out its offer to viewers.

Darroch said that less than half of its subscribers now take its sports package. Sky, he said, has such a broad range of sport that not offering so much would not have such a big effect on the business.

He insisted there are strong opportunities for Sky to grow, despite huge competition in the market. “The opportunity to grow in all core markets and to expand the business is as strong as it has ever been. But that growth will come from different places.”

“I think people are only now just getting their heads around what it means to be a success. It’s not just about technology and content, but the whole process of running a large-scale consumer business.”

Asked which companies he admired, he cited consumer goods business such as Proctor & Gamble and Unilever, as well as Nike, alongside West Coast technology firms. “A lot of the businesses I admire most are all on the front foot – they are all stepping into the future. This is not a time for equivocation.”