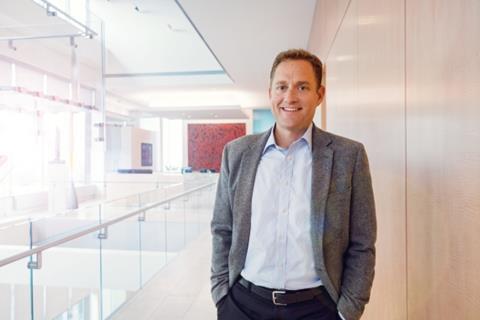 Armstrong joins the British broadcaster from parent company Comcast, where he most recently served as senior vice president of investor relations and finance.

He will step into the role, which was made vacant when Griffith left last year to become chief business advisor to UK prime minister Boris Johnson, from 1 February.

He will report directly to Sky CEO Jeremy Darroch. According to a report from Deadline, Darroch emailed Sky staff to say Armstrong will be “a great appointment to our leadership team, given his experience and perspective.”

It is the latest change in senior management at Sky following the Comcast acquisition in 2018. Last year, Mohamed Hammady was promoted to group CTO following the retirement of Didier Lebrat.

The appointment was confirmed by Comcast, who announced that Marci Ryvicker will replace Armstrong as SVP of investor relations in mid-January. Ryvicker will report to Comcast Corp CFO Mike Cavanagh.

“Marci has tremendous expertise in the media, technology, cable, and broadcast industries, and is one of the most well-known and highly-respected analysts on Wall Street,” said Cavanagh. “I look forward to her bringing her leadership and talents to our strong investor relations and finance teams, which do a terrific job communicating our company strategy to the analyst and shareholder communities.”

Prior to joining Comcast, Ryvicker was managing editor and senior equity analyst at Wolfe Research. She also spent 16 years leading the media research division at Wells Fargo Securities with a specific focus on broadcast, cable and satellite.

She joins Comcast as the US cable provider is preparing to launch its new OTT platform, Peacock, through subsidiary NBCUniversal.