Alongside audio quality and RF spectrum efficiency, the call for more discreet form factors is driving the design of broadcast microphones – especially in this era of increasingly high-resolution TV, writes David Davies. 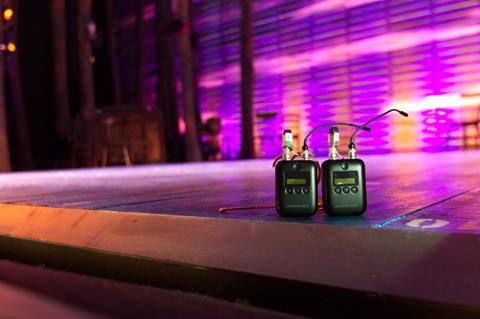 The legendary guitarist and King Crimson founder Robert Fripp once remarked that the future of organisation was destined to favour the “small, mobile, intelligent unit”. The same adjectives could be accurately applied to broadcast microphones, where the requirements of utmost flexibility and visual unobtrusiveness have been hallmarks of the R&D process for decades.

But alongside the perpetual demand for workhorse-like wired and wireless microphone systems for day-to-day broadcast work on- and off-site, several new factors have come into play more recently. Bringing fresh complexity to OB microphone configurations is the emerging desire by some broadcasters to capture live sports and entertainment events in Dolby Atmos or other immersive audio technologies.

More often than not, as Arena Television deputy director of operations Dafydd Rees observes, such moves take place in conjunction with UHD production: “Generally speaking, we’re seeing our production partners demand immersive audio content as the de facto audio partner to UHD pictures, so the amount of immersive audio production is increasing in line with the growing portfolio of UHD production.”

Microphone systems that can accommodate immersive audio production for broadcast as well as VR and gaming applications are therefore being launched with increasing vendor. But there are other important growth markets for vendors, not least podcasting.

The prevalence of innovation
Nick Stillman, communications manager of Australian microphone company RØDE, would be the first to underline the industry-wide emphasis on R&D. “Innovation has been a huge driving force for RØDE since the beginning, but it has probably never been so prevalent as it is now,” he says. “Over the last 12 months we have released half a dozen products for broadcasters that have pushed boundaries and broke new ground, whether this be in terms of form factor, capability or price – all three in most cases.” 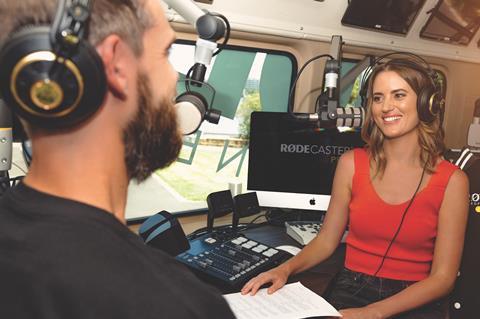 The watchwords for product design are “innovation, quality and price accessibility”, says Stillman, who goes on to highlight the new Wireless GO compact wireless microphone system. The transmitter and receiver weigh only 31g each, whilst an omnidirectional microphone has been built into the transmitter. Users can plug in their favourite lavalier mics via the standard 3.5mm input, turning the transmitter into a tiny belt pack.

“Another cool feature is the Series III transmission protocol, which is optimised to work well in dense RF environments (urban areas, offices and malls) where other systems struggle. This is a huge plus for run and gun videographers, journalists and vloggers,” notes Stillman.

As well as highlighting the company’s latest response to the podcasting boom – a fully integrated podcast production studio system, RØDECaster Pro – Stillman notes that RØDE has been evermore active in immersive audio capture since its acquisition of SoundField in 2016. SoundField is a pioneering exponent of Ambisonics, which is a 360-degree surround sound format that utilises microphones with four capsules arranged in a tetrahedral array to capture a complete sphere of sound. In recent years the technique has been applied to VR and gaming audio as well as broadcast sports.

Introduced in 2018, the company’s first SoundField venture was the ‘SoundField by RØDE’ NT-SF1, which is an Ambisonic microphone partnered with the SoundField by RØDE plug-in. “This allows the entire 360-degree soundscape to be captured and then manipulated in post-production. You can create virtual microphones of any polarity to suit any surround sound application or create a head-tracked binaural stream for VR applications.” 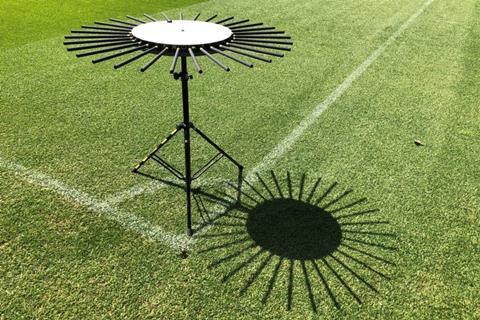 Tobias von Allwörden, head of portfolio management – audio for video at Sennheiser, echoes Stillman’s comments about the growing importance of immersive audio capture. Sennheiser’s own efforts in this area are centred around the AMBEO programme, which was announced in 2016 and has since yielded products including a single-point solution for capturing 360-degree audio using the Ambisonics principle, the AMBEO VR Mic. Forthcoming is the AMBEO Sports Microphone Array – a prototype of which was shown at IBC 2018 – and the continued development of the AMBEO for VR partnership programme, which is aimed at “making workflows for immersive content creation as smooth as possible”.

Other design influences have an earlier provenance. Any observer of the pro audio market will be aware how much the numerous auctions of RF spectrum to fuel the growth of mobile services has impacted upon the use of wireless microphones. So, it’s no surprise that von Allwörden says that “frequency agility and spectrum efficiency play an important role. As a broadcaster, you often find yourself in very busy RF environments – be it reporting from a big sports event or doing a live show where a lot of wireless gear is around. So, it’s super-helpful if your wireless microphones can be packed as tightly as possible in the available spectrum.” 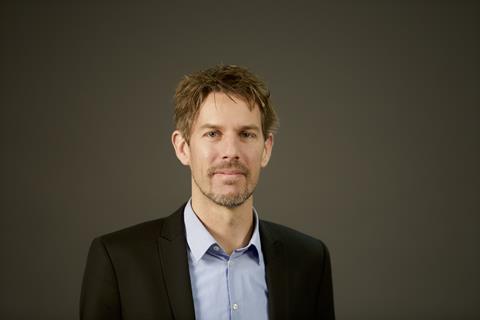 By way of product example, von Allwörden points to the SK 6212 mini-bodypack transmitter, which is part of the Digital 6000 series. As well as a small form factor and long operating time – “these are important assets both in the ENG and show fields” – the SK 6212 is intermodulation-free and therefore spectrum-efficient, with the ability to arrange transmission frequencies simply in an equidistant grid.

Acknowledging that the requirements of broadcast customers are both increasing and diversifying, Sennheiser holds regular customer roundtables, “where we talk about their challenges and product requirements, and draft first ideas for possible solution scenarios.” The company has also applied Agile Development – a concept derived from the software world in which work commences with a “rough development plan that becomes more concrete all the time” and evolves in response to customer wishes and market developments – to its hardware projects.

Making good on miniaturisation
Danish microphone maker DPA is synonymous with high quality miniature microphones for broadcast, theatre and music for more than 20 years. According to product manager René Mørch, “audio quality, stability and build quality” have long been, and remain, top priorities for all markets. But in broadcast especially “the requirement to shrink designs [even further has become more acute] in the era of HD and now 4K. Microphones need to be close to [presenters and contributors] for acoustical reasons, but as much as possible they shouldn’t be visible.”

“The requirement to shrink designs [even further has become more acute] in the era of HD and now 4K” René Mørch, DPA 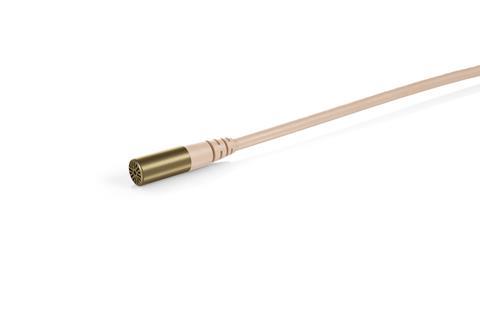 For DPA, the latest manifestation of this impetus is the 6000 Series of microphones, which were launched at IBC 2018. The range includes the d:screet CORE 6060 and 6061 Subminiature Microphones and the 6066 d:fine CORE Subminiature Headset Microphone, which are all only three millimetres in diameter – two millimetres smaller than DPA’s existing 4000 series of miniature microphone products. All three incorporate the CORE by DPA amplifier technology that reduces distortion and increases dynamic range.

Reflecting on the development of the 6000 series, Mørch says that DPA “visited a lot of end-users with our development team in order to obtain customer insights. One of the main questions we wanted to answer was where the main emphasis should be placed in the product design.”

Maintaining a constant flow of information in this fashion will become more critical as manufacturers seek to offer increasingly diverse product ranges. But although the R&D implications of that process should not be underestimated, all the current evidence points to a sector in rude creative health.