Sports advertising, like many other ad sectors, has to tackle the high level of boredom that audiences show for brands, but a new breed of innovative campaigns are targeting fans in fresh ways.

Sport leads the way in many areas of new developments in the media, and that’s as true about advertising as it is about broadcasting.

These days, ads across the sporting world are often breaking barriers or trying out new strategies with digital innovations and relying less and less on the ‘spots and dots’, those traditional 30-second adverts on television and radio. In addition, brands are attaching themselves more to sports content, especially if it links them to a digital audience made up largely of much-sought-after 18 to 34-year-old men and women. 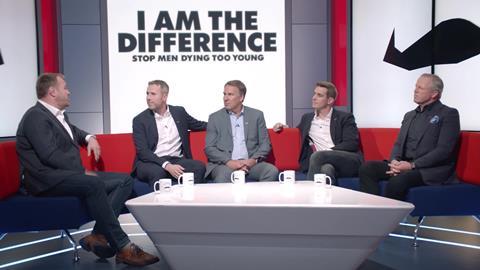 Special edition: The Debate Show in conjunction with Movember Foundation

Cake Managing Director Jim Dowling says consumers are fed up of most brand messages, but are more often drawn to the things they love, including playing and watching sport.

He reported to an audience at a Content Marketing Association sports breakfast earlier this month that industry research sets the level of audience boredom with brands at almost three quarters of all consumers.

“There are only about 25% of brands that are seen as useful, as meaningful,” says Dowling. “So, if brands attach themselves to things that entertain people, then those consumers will be more likely to have a relationship with the brand or the product.”

Wasserman Executive Vice President EMEA Lenah Ueltzen-Gabell told a recent Westminster Media Forum that even the size of the audience - for example, with women’s sports - is not an issue if brands can engage with the fans on a profound level. “Spots and dots investments are very lazy. These are ads that are easy to forget and there is no two-way discussion with your audience.”

These feelings have led to a need for advertising and brand awareness around sports content to become more innovative and sophisticated, plus it is increasingly influenced by content.

For example, last autumn the Movember Foundation - the annual event to raise awareness of men’s health issues – partnered with Sky Sports to get the message across more directly inside several programmes, rather than place adverts around the content.

The highlight was a special edition of The Debate Show (normally a programme with experts in an in-depth discussion about English Premier League stories) that featured former stars talking about topics including addictions and mental health.

The foundation also funded its own three-part documentary series, made in Australia and broadcast around the world, called Man Up. Fundraising in the UK alone for Movember rose by 16% year-on-year in 2017 on the back of this campaign.

‘If brands attach themselves to things that entertain people, then those consumers will be more likely to have a relationship with the brand or the product’ – Jim Dowling, Cake

Sports on the smaller screen
Content made specially for smartphones is also a growing option for sports brands to reach the fans. 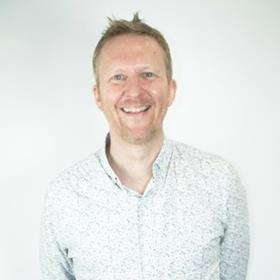 Jim Dowling believes that content makers and film makers have been intimidated for too long time with the small size of the smartphone screen: “They have said that the screen is tiny, it’s rubbish. ‘I can’t make an impact, I need a cinema screen and I have to spend half a million quid’. But that’s not right. If you make content for this medium, make it creative and smart and it will work.”

Dowling’s agency took the idea of working in the smartphone domain one stage further when client EE began a sponsorship deal with Wembley Stadium six years ago.

The mobile phone operator and ISP began the relationship by improving technology support at the stadium - for example, a better phone signal and more chances to use phones for easy purchases of food or drinks - in order simply to make the experience of fans at the stadium more pleasant. This was followed by a step into the world of content.

Dowling says: “We made a concerted effort not to change Wembley into the EE Stadium, but we did want to connect with young fans in particular.” So EE re-styled an invitational football tournament called the Wembley Cup, which once featured teams such as Barcelona and Celtic, and turned it into a one-off match between teams mostly made up of YouTube influencers but including a handful of football legends, such as Steven Gerrard.

Last year’s match was preceded by an eight-part series of programmes about the event screened by the YouTube stars. It prompted over 34,000 fans to turn up at Wembley to see Hashtag United play Tekkers Town.

“The size of that live audience was equivalent to many Premier League fixtures and the YouTube shows built up a really interesting dialogue with a young audience,” says Dowling.

Another Cake client, Carling, was even more active with content, commissioning a film maker linked to each English Premier League team to make a short football-related documentary, and also working with Sky Sports to create an online football series called In Off The Bar.

‘Spots and dots investments are very lazy. These are ads that are easy to forget and there is no two-way discussion with your audience’ – Lenah Ueltzen-Gabell, Wasserman

Digital shorts
There are increasing trends in sports advertising for campaigns that are small and targeted rather than the big and bold. Cake made a series of Winter Olympics adverts for BBC Sport shown on Snapchat and Instagram that lasted only about three or four seconds without any of the normal action-based flashy TV footage. Engagement measurements showed these ads were up to four times more effective than other attempts to reach this demographic.

“This was quite a small budget and it has to be better than putting up a bog-standard trailer that is made to go on telly after Holby City,” says Dowling.

Bridge Studio Group Head of Creative Danni Sears says that small also means niche when it comes to content, for example with advertisers forming partnerships with micro influencers on the web. She says that options in the digital landscape are so numerous that ads can be more targeted and, therefore, reduce wastage.

“There are lot and lots of influencers on the web nowadays with 40,000 followers or less,” says Sears, “and those followers are extremely engaged. Agencies have started thinking differently about these influencers and they don’t just want to place ads where everyone else is, like on Facebook.”

So, with young fans in particular watching increasing amounts of content – even live content – on their smartphones and via platforms like YouTube, the 2018 summer of sport will undoubtedly see more advertising innovations, as bigger brands continue to leave the safe spaces of cinema or television and move to the smaller screen.

Interested in Sports?  The NextGen: Interactive + Immersive Experiences conference track at IBC2018 will provide insight into developments within the worlds of eSports, live production, AR and social.