Bringing the stage into your home

Theatre has suffered more than most industries due to coronavirus. But with Disney set to air broadway megahit Hamilton on its OTT service, the UK’s National Theatre and composer Andrew Lloyd Webber are among novice streamers turning to OTT during Covid-19. 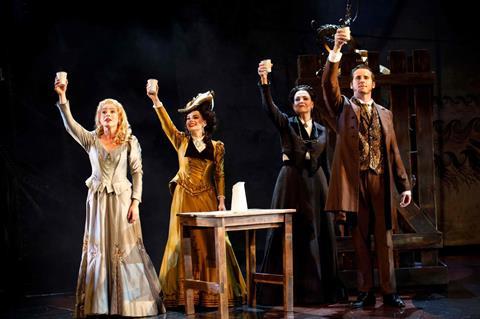 For audiences, there is no better time to re-watch a favourite theatre production. Thanks to the likes of Andrew Lloyd Webber, the National Theatre and Metropolitan Opera, fans around the world can stream the hugely popular Phantom of the Opera, One Man Two Guvnors and Aida among many other shows.

Hamilton - the Tony-winning Broadway musical from Lin Manuel Miranda - is set to make its streaming debut, with an as-live performance set to be shown in cinemas and on Disney’s OTT service, Disney+.

The Hamilton performance was filmed with the original cast back i, 2016 at the Richard Rodgers Theatre in New York.

The theatre run for Hamilton was such a sellout, Miranda, who wrote and stars in the tale about the American founding father, even launched a lottery app for tickets. It is that accessibility problem that prompted him to film the performance.

But it is not the only example of theatre switching it up, with coronavirus prompting more in the industry to turn to live capture.

The filmed versions of the live action theatre shows have seen great success with the National Theatre’s One Man, Two Guvnors streamed last month on its dedicated YouTube channel gaining more than 2.57 million within the first week.

The National Theatre launched a dedicated At Home series to share its theatre productions with a new release streaming each week. At the time of publication, it has 510,000 subscribers to its YouTube channel and its official Frankenstein, starring Benedict Cumberbatch - only uploaded last week - has 712, 995 views at the time of writing.

The show must go on
In April 1998, Andrew Lloyd Webber gathered a host of stars who had previously collaborated with the composer to join him at London’s Royal Albert Hall to celebrate his 50th birthday.

Andrew Lloyd Webber: The Royal Albert Hall Celebration will be streamed exclusively free on his YouTube channel: The Show Must Go On, for 28 hours from 1 May.

The concert production recorded live follows the previous weeks’ streaming of Lloyd Webber classics Joseph and the Amazing Technicolor Dreamcoat, Jesus Christ Superstar, The 25th Anniversary production of The Phantom of the Opera at the Royal Albert Hall, and Love Never Dies.

The New York based Metropolitan Opera is continuing to affirm its status as one of America’s essential cultural institutions with a seventh slate of its hugely popular Live in HD series of archival performances, streamed for free every night this week.

The line-up includes Leontyne Price’s unforgettable farewell performance in Verdi’s Aida and a new opera is set to go live each night and available for 24 hours on the Met’s website at 19:30 EDT, as well as available on its on-demand app.

Taking on technology
The challenges facing freelancers including actors, directors, producers and technical crew are unprecedented as thousands are seemingly left without work for the foreseeable future.

However, in a bid to stay sane, occupied and entertaining its fans some performers are attempting a more direct route to acting with some regularly hosting live streaming performance from their home.

What could go wrong? A seemingly engaged audience, eager actors looking to make a name for themselves and an internet connection – but technology can sometimes make life trickier. 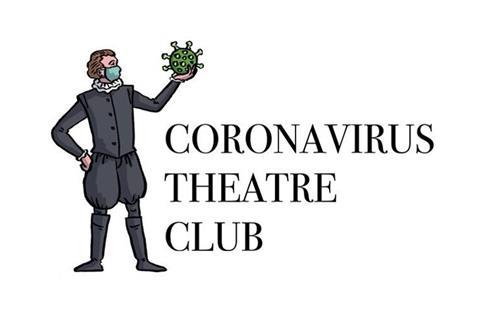 CTC: A spur of the moment idea becomes a platform for theatre actors to stream monologue performances

Professional actor, Brian Lonsdale spoke to IBC365 about the trials of making technology work from his bedroom and how he co-founded the Coronavirus Theatre Club (CTC) with fellow actors Michael Blaire and Sam Neale.

The trio conceived the idea from a Twitter conversation which was sparked by a tweet Lonsdale sent musing that streamed monologues from the bedroom are to be this year’s Warhorse.

He said: “Within an hour of tweeting this and the conversation that follows we had started the CTC twitter page and had 1,000 followers after a couple of hours.

“Suddenly we were thinking, what else can we do?”

CTC focuses on monologues which are performed live each Sunday and are forming a new wave of streaming content that is being put together in record time to satisfy both the actor and audiences.

It was set up to provide a platform for creatives to come together to share their work and ideas despite the lockdown, it is a place where audiences can access live theatrical performances.

Lonsdale put a call out to writers to send in monologues and was inundated. The team read as many as they could and simultaneously put a shoutout to actors and directors to get in touch.

“We gave seven actors and seven directors each a piece to work on together for a week with a view to streaming them live from their homes onto their twitter accounts which we then share onto our twitter account,” Lonsdale explains: “The result was strong, with a lot a view and a lot of new followers as a result.

“That was five or six weeks ago now, and that’s what we do every week. We have had an incredible response from some extremely talented writers’ actors and directors. It is exciting to be a part of.”

Today its streams get anywhere from 1,000 to 6,000 views depending on how popular its engagement is with sharing, however. Lonsdale adds: “Even 1,000 views is like selling out a small theatre for a week, which is a good audience.”

However, technology can be sticky with even the best internet connections suffering under the bandwidth pressure and quantity of zoom calls.

The team behind CTC are working as best they can under the circumstances and are excited by the streaming opportunities for the future.