Eurosport, Medialaan and RTÉ took home the prestigious Innovation Awards tonight as IBC celebrated all that is good about media production and distribution in Europe. 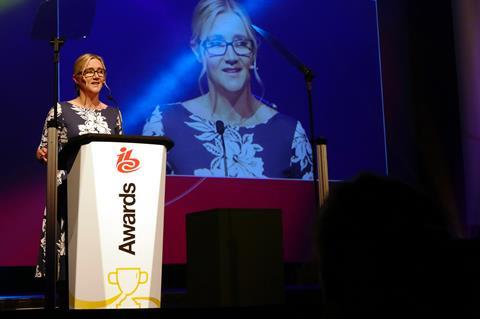 Meanwhile, teams from BBC collected two trophies: the prize for the best Technical Paper as well as an IBC Special Award.

Eurosport took the award for Content Creation with the Eurosport Cube. Developed for the Winter Olympics, it surrounded expert presenters with visuals to show exactly what you need to do to be a winner. The technology partners were White Light, Deltatre and Disguise. 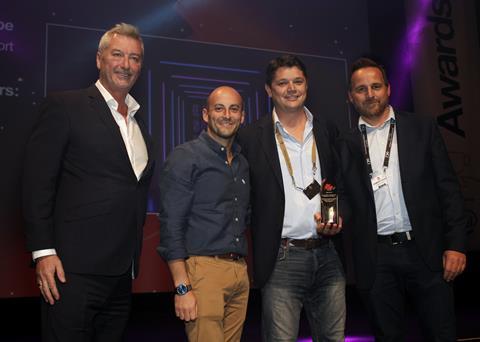 The other finalists in this category were CCTV with its partner Sobey for the remote 4K production link between Pyeongchang and Beijing, and Euronews with the world’s first “glocal” news service - global stories, locally tailored - with technology partners Dalet Digital Media, Adobe and Peaks.

To win the award for Content Distribution, Belgian content distributor Medialaan took the bold step of reducing the number of commercials seen by its subscribers. Using technology from Yospace, FreeWheel and Castlabs, it shortened breaks in catch-up viewing by only showing spots that are relevant to the individual viewer.

Also shortlisted were another aspect of Eurosport’s Olympic coverage, using NEP’s Mediabank, and Vodafone with its cloud platform for global broadcasting, using technology from Kaltura.

The award for Content Everywhere went to Irish national broadcaster RTÉ for Saorview Connect. With technology from Freesat and EKT, it offers many of the benefits of the best subscription services in a free-to-air service.

ESPN, working with LiveU and Imagine Communications, developed finalist Shortstop Live, a tool for journalists to get on air quickly via their phones. Also celebrated was World Rally Championships All Live, covering every stage using technology from NEP, AMP Visual TV and Vislink.

The International Honour for Excellence, IBC’s highest award, went to Joan Ganz Cooney, one of the creators of Sesame Street. Now in her eighties, she is still active on the board of Sesame Workshop, and chairs its executive committee. 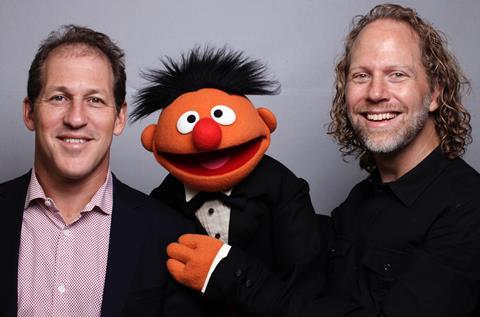 Cooney was already an award-winning public affairs television producer in New York when she had a revelation. “Children all over the country were singing the words from beer commercials,” she recalled. “So they were certainly learning something from television.”

Long-time collaborator and muppet master Jim Henson once said of that epiphany: “She had this cockamamie idea of doing an entertainment show for pre-schoolers that had commercials for letters and numbers”. And so Sesame Street was born.

Civilisations AR was more than a simple companion app for the landmark arts documentary series. It allowed museums, libraries and galleries to contribute their treasures in ways which allowed a much wider audience to explore them.

David Johnston, senior product manager, VR/AR at BBC R&D, who accepted the award, underlined that partnerships were key to its success.

“At the BBC,” he said, “we believe that collaboration between our partners, editorial and technology teams is key to exploring new forms of public service value.”

The second production linked to the award came from BBC News.

Damming the Nile was an in-depth look at the impact that a new construction in Ethiopia will have downstream. BBC Africa correspondent Alastair Leithead brought the audience into the story by shooting it in 360-degree virtual reality (VR) and matching audio, working with the BBC’s newly-established VR Hub.

IBC’s judging panel had another honour to bestow on the night. It gave its Judges’ Prize to Econet Media, based in South Africa, for the Kwesé Play mobile platform.

“Kwesé Play is a game-changer, bringing sport and entertainment to viewers in a part of the world which has been hard to serve,” said Michael Lumley, chair of the IBC judging panel.

“The technology is innovative and successful, but we felt that the outcome transcended the technology, delivering social change by connecting local people to global content.”

BBC R&D took the prize for the Best Technical Paper.

The publication described advances in the use of artificial intelligence (AI) and machine learning for live production, to the extent that it could automatically create finished programmes. The trophy was collected by project engineer Craig Wright who had presented the paper earlier in the day.

“The point of the work is to allow coverage of more events, to reach places we otherwise could not reach,” BBC R&D project lead Mike Evans said.

“With conventional production we cover only about six of the nearly 100 places music is performed at the Glastonbury Festival, for example, or just a tiny fraction of the 50,000 performances in 300 venues at the Edinburgh Fringe.

“With this work we can reach many more of these, and do so with production techniques which are much less intrusive for the event itself,” he explained.

“This technology will be suitable not just for the BBC, but for a whole range of use cases, like minor sports which need to increase visibility, and even vloggers who want to improve their online presence.”

Winners at a glance

The awards evening was hosted by journalist and broadcaster Kate Russell.