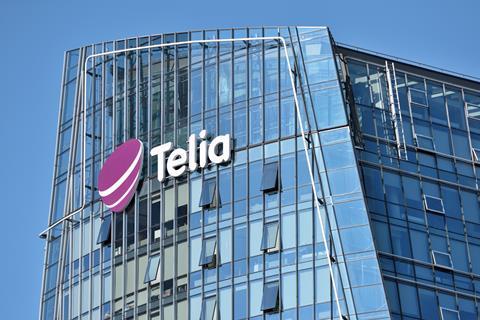 Telia: Agrees to provide reasonable access to a number of channels

Swedish telecoms operator Telia will provide rivals with “fair access” to its TV channels in order to push through its takeover of Bonnier Broadcasting, according to reports.

Reuters, citing EU documents, reports that Telia will agree to provide TV distributors in Finland and Sweden fair and reasonable access to its free-to-air channels in order to allay EU antitrust fears over its $957 million merger with Bonnier.

The deal, which was announced in July last year, would see the telco integrate Bonnier Broadcasting, which is the owner of TV channels that are included in rival distributor’s offering, including its free-to-air and basic pay TV channels and premium pay TV sports channels.

The European Commission announced in May that it would launch a full-scale probe into the deal, setting a September 19 deadline. Initial enquires into the deal found that Bonnier could potentially shut off its channels from rival TV providers, threatening competition.

Reuters reports that alongside access to its free channels, Telia has also proposed providing fair access to its premium sports channels and the Liiga channel package which features the first division men’s Finnish ice hockey league.

It will also grant a license for its TV channels to one internet provider in each country and agree to sell advertising space on its channels under fair and reasonable terms should regulators approve the deal.

The Reuters report cites a person familiar with the matter who said this should be enough to allay competition concerns in Brussels, although the EU declined to comment.

Telia said it had expected the EC to launch a further investigation into the takeover of Bonnier.