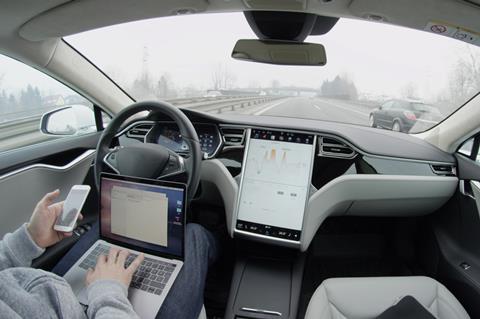 Tesla drivers will soon be able to watch Netflix and YouTube on their vehicles’ dashboard display, according to company founder Elon Musk.

In an update posted to Twitter at the weekend, Musk said the ability to stream content from Netflix and YouTube to a stationary Tesla is “coming soon” and that it has “an amazingly immersive, cinematic feel due to the comfy seats and surround sound audio”.

Ability to stream YouTube & Netflix when car is stopped coming to your Tesla soon! Has an amazingly immersive, cinematic feel due to the comfy seats & surround sound audio.

And he added that “when full self-driving is approved by regulators, we will enable video while moving”.

The console entertainment additions will be part of Autopilot v10, which Musk said will be released in August.

Musk has previously said that he is “certain” that Tesla’s full self-driving feature will be completed by the end of the year.

The UK government has promised to have autonomous cars on roads by 2021, a target which has been described as “extremely challenging” by motoring association the AA.