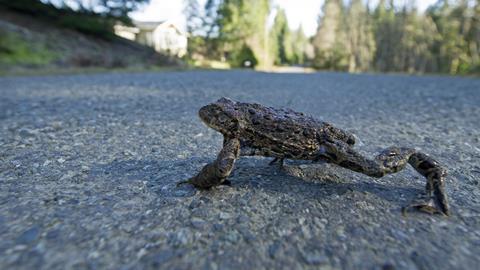 The call of the Wild

There was a time when Wildlife festivals were just that – primarily biannual affairs with an awards ceremony attached and a big broadcaster blazing a trail with a blue chip doc on a particular species or habitat. 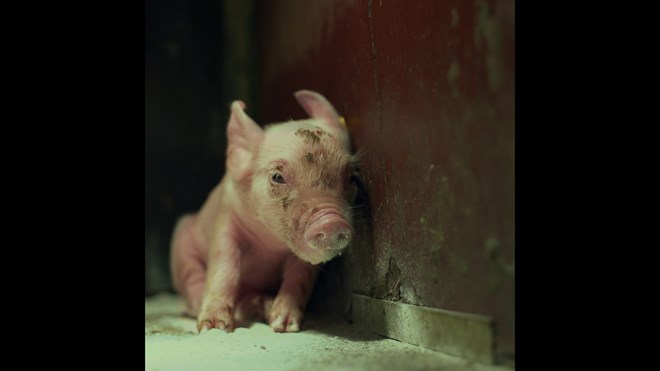 M6NTHS explores the commoditization of livestock

No matter where in the world the content was shot, the narrative was typically told from a Western point of view and, no matter how many awards the films garnered, only a handful would achieve distribution beyond the festival circuit.

Recently though there’s been a step change in the way these festivals operate. As the issue of climate change grows in urgency and video on demand consumption proliferates, festivals are evolving into media platforms with a purpose.

Established events such as Wildscreen and Jackson Wild as well as Off The Fence’s new conservationally-minded streamer the WaterBear Network, are all now seeking to become platforms where communities of policy makers, scientists, film makers, NGOs and audiences can achieve more direct action. 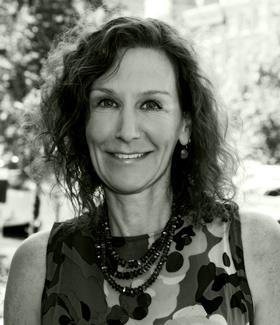 Named after one of the most resilient creatures on the planet, the WaterBear Network is an interactive video on demand platform that will offer its subscribers environmental and conservation based programming.

Founder Ellen Windemuth – also CEO of Netherland’s based producer/ distributor Off the Fence - says that the prospect of editorial freedom inspired her to launch the network.

“I’ve been making factual films for 25 years, many about climate change, pollution and our oceans. But very often with TV commissioners I’d be told ‘please don’t’ tell the story that way or we won’t get ratings or advertisers won’t like it.

“I thought, what if we could just make films that tell the truth and curate films where you’re not worried about ad dollars or ratings.”

She adds: “I respect the structure of the broadcasters I work for and I always deliver films that meet their criteria - but in my ideal world SVoDs offer an alternative.”

Windemuth’s proposition is a ‘Netflix for nature’. One that speaks to a proactive audience concerned about the future of the planet that is curated in a way that is “not only inspirational but will allow viewers to take direct action”.

The audience is able to participate directly via an interactive platform that hooks up viewers to over fifty NGOs that are partnering with the platform.

Each cause has its own bespoke page and you can watch the content, interact and/or learn more about them without having to leave the video stream.

“A viewer might want to donate to an NGO in the field who has made a film about elephants or they might want to sign up for some volunteering – working with biodiversity scientists or to help clean up a beach,” she explains. The interactive elements have been designed by Irish tech firm Axonista, which has built up a reputation for creating interactive commerce and second screen applications for the likes of Viacom and QVC.

“It’s all about getting an overview of who is doing what to save our future.” Ellen Windemuth, WaterBear Network

Windemuth hopes to unveil a demo of platform at IBC this September and describes the UX as “very simple and very logical – you could be six or sixty and still be able to navigate your way around while watching the stream; It’s very important that the viewing experience doesn’t get interrupted,” she says.

Another crucial part of WaterBear’s offering, she says, is the live of streaming events, whether it’s at an Extinction Rebellion protest, the UN Convention in Bejing or at the Vatican’s October Climate Change conference.

“It’s all about getting an overview of who is doing what to save our future and also being invited to participate,” she says.

Off the Fence shareholders ZDF as well as private investors are funding the network – which aims to launch in the second quarter of 2020.

While the launch programming line up is yet to be confirmed, Windemuth hopes to offer audiences a slew of premium, critically acclaimed films “not just from a Western PoV but from all over.”

She adds that many of these films “never get to see the light of day” beyond their many festival wins. “We’ve curated a lot of these films - my catalogue contains lots and because ZDF is a shareholder we also have access to an even wider range of content,” she says.

The aim is to commission more original content once the network is “up and running”, says Windemuth, although several original shorts will air when the channel launches.

These shorts and access to the NGO material is free to all, but subscribers who pay around $2.99 per month for the service in Europe will receive access to the pay wall elements: including the interactivity as well to premium curated content.

Earlier this year Jackson Hole Wildlife Film festival rebranded as Jackson Wild and with it, a new mission: to expand its global reach, elevate conservation issues and protect the planet through innovative storytelling.

“It’s less of a rebrand more of a reimagination,” says the US nonprofit organisation’s executive director Lisa Samford. “We no longer view ourselves as solely an industry conference and festival - we want to use our resources to make a difference,” she adds.

Jackson Wild thinks that the restoration and protection of nature as so urgent now that it wants to reach out directly to influencers who can move the dial on climate change issues, says Samford, from titans of industry to the world’s leading scientists to UN policy makers - and bring those parties to the table.

“We want broadcasters to be able to collaborate more directly with sectors that have not traditionally taken part in our events and generate new opportunities for all these entities,” she says, adding that unlikely collaborations can often lead to innovative and impactful content.

“Can you imagine what might come out of a collaboration between a new film maker partnering with an NGO and an SVoD platform? They can work in ways they would never imagine and achieve more direct action,” she says.

While the festival has always anchored its conferences around a conservation focus, for the first time this year the focus will be on ecosystems rather than species.

“We believe we can make a difference and impact on a global policy level.” Lisa Samford, Jackson Wild

A two-day summit entitled Living Oceans will reflect not only the large volume of content being produced around ocean health, but also to tie in with the UN’s High Seas Conservation Treaty, which is set to finalize negotiations on who owns the high seas next year.

“At the point that these issues are germane is the right time to discuss them, it is the time we believe we can make a difference and impact on a global policy level,” Samford says.

The proliferation of content, thanks to new tools and platforms, has meant that there is also now much more of it – enough, Jackson Wild has concluded, to become an annual rather than a biannual outing.

“The production pipeline is much quicker now – it no longer takes two to three years to make a documentary,” says Samford, adding that an annual foray also keeps the issues fresher in people’s minds. “Having a festival every two years can mean you lose momentum – what people really need right now is that regular face to face connection.” 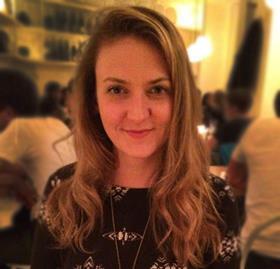 Bristol-based Wildscreen has been a destination for the international natural history production community for over thirty years now and over the last two outings there has been a definite shift in themes and content, according to chief executive Lucie Muir.

“We’re seeing a trend towards humanity’s impact, interaction and stewardship of nature, whether it be on a local or planetary scale,” she observes.

While traditionally, films shown in the festival’s world-famous Panda Awards have tended to focused on animals and habitats, Muir thinks that film makers have realized that if they want to encourage the public or politicians to protect the natural environment, they need to show humans in shot, “particularly ones who have dedicated their whole lives to conservation,” she adds.

On a macro scale there has been film director Darren Aronofsky and TV producer Jane Root’s One Strange Rock, which sees astronauts tell the story of Earth through their unique perspectives.

On a micro level Muir notes that Wildscreen’s programme has included films such as Hedgehog Close, Zest Productions’ 2-minute stop motion animation for environmental charities on how UK households can create a ‘Hedgehog Highway’. 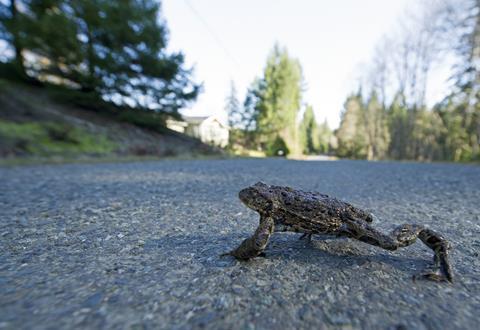 Toad People, produced by the Wilderness Committee of Canada, featured in Wildscreen’s 2018 programme

Another film in 2018’s programme that shows how communities are taking direct action to care for at risk species, is Toad People, produced by the Wilderness Committee of Canada.

There’s also an increased focus on the human consumption of food and how humans interface with animals on a basic level, according to Muir, including M6NTHS.

The film – made by emerging Bristol filmmaker Eline Helena Schellekens - explores the commoditization of livestock through the eyes of a piglet. “I think film makers are realizing that, as an industry, we’re in a powerful position to generate change through visual media –we can impact decision makers if the public get a passion for doing the right thing,” Muir adds.

According to Muir another focus of the festival is to ensure that more voices are showcased.

“In the past the industry has predominantly been white, middle class and western but if we are going to showcase filmmakers telling stories that hope to change the world - we need to hear from all over it,” says Muir. 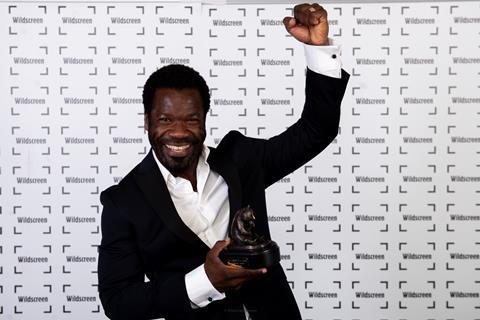 She points to breakthrough talent Vianet Djenguet, the wildlife cameraman and presenter of My Congo, who won the Best Presenter award in 2018.

“Normally David Attenborough wins every presenter award going! So when Djenguet went back to the Congo and made this personal film it was a really nice way to show that it doesn’t have to be ‘Voice of God’ narration– you can have people from those places tell their stories, and that can be really powerful.”

Interested in the media’s approach to climate change? Find out more in the Green Screen: Saving the Planet One Programme at a Time Lounge Talk at IBC2019.