The Crown and Blue Planet II triumph at BPG Awards

Ed Miliband and Hilary Mantel were among the winners of the Broadcasting Press Guild (BPG) Awards for podcast and radio programme of the year. 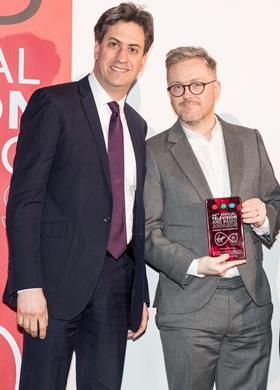 The new award, BPG Podcast of the Year, recognised the growing influence of podcasts. It was won by former Labour leader Ed Miliband and Geoff Lloyd’s series Reasons to be Cheerful.

The BPG Radio Broadcaster of the Year was awarded to Emma Barnett for her interview with current Labour leader Jeremy Corbyn during the 2017 election campaign, where Corbyn forgot one of the major policy announcements during his interview on BBC 4’s Women’s Hour. 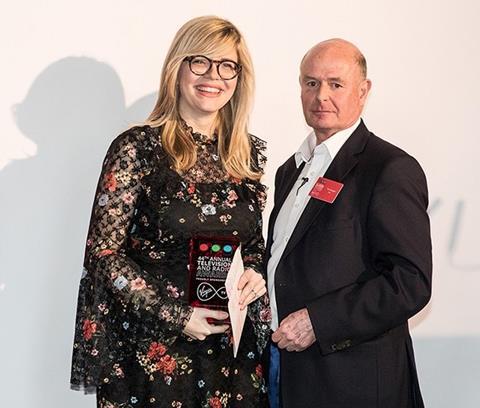 Emma Barnet awarded the BPG Radio Broadcaster of the Year

BPG Chair Caroline Frost said: ”After 44 years, our Guild continues to evolve in line with the ever-changing broadcasting landscape and this year we’ll be recognising for the first time our Podcast of the Year.

“In choosing our winners, we argue fiercely about what’s popular and what’s ambitious, what’s progressive and what’s truly original and we’ve honoured these requirements in our list of very worthy winners.

“It’s been an extraordinary year in entertainment, not just in the quality on-screen but in some of the controversies and scandals that have been uncovered away from it - and the British broadcasting industry has not gone unmarked.

”One thing we have to do today is give recognition to the BBC women, and all those who have put their heads above the parapet in pursuit of fair treatment, not just for themselves but for all women across the business.”

Mark Bonnar was named Best Actor for his high-profile roles in Unforgotten, Eric, Ernie and Me, Catastrophe and Apple Tree Yard, as well as in the latest series of Shetland on BBC One.

The BBC One police series Line of Duty was named Best Drama Series, and its creator Jed Mercurio won the award for Best Writer. BBC One’s Three Girls was named Best Single Drama/Mini-series for the drama based on the true stories of victims of grooming and sexual abuse in Rochdale. 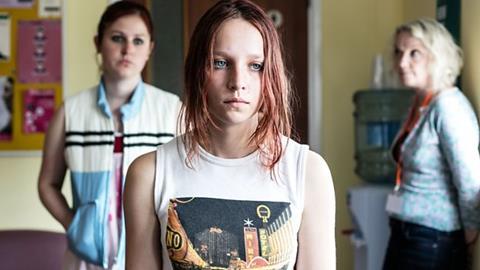 Blue Planet II for BBC One was named Best Documentary Series and Chris Packham: Aspergers and Me on BBC Two won the award for Best Single Documentary.

Channel 4 won the award for Best Entertainment/Factual Entertainment category, for its first series of The Great British Bake Off. BBC Four’s Detectorists was named Best Comedy.

Sky Atlantic’s The Trip to Spain, featuring Steve Coogan and Rob Brydon on the latest stage of their culinary travels, won the award for Best Multichannel (non-PSB) programme.

The annual Harvey Lee Award for an Outstanding Contribution to Broadcasting was given to the children’s television producers Biddy Baxter and Edward Barnes, in special recognition of Blue Peter, which celebrates its 60th anniversary this year.

The BPG Award for Innovation went to Channel 4 for its latest advances in championing diversity both on and off screen. These include initiatives such as Spotlight on Directors and diversity throughout its commissioning - in programmes such as Ackley Bridge, The Last Leg and its 50 Shades of Gay season.

Awarded were voted by independent journalists who cover television and radio and were presented at the Theatre Royal Drury Lane in London.

Produced by World Productions for BBC One

Chris Packham: Asperger’s and Me

The Great British Bake Off

A Love Productions production for Channel 4

The Trip to Spain

Reasons to be Cheerful

Claire Foy for The Crown (Netflix)

Jed Mercurio for Line of Duty (BBC One)

Channel 4 for new advances in championing diversity, including initiatives such as Spotlight on Directors and diversity throughout its commissioning and in its advertising.