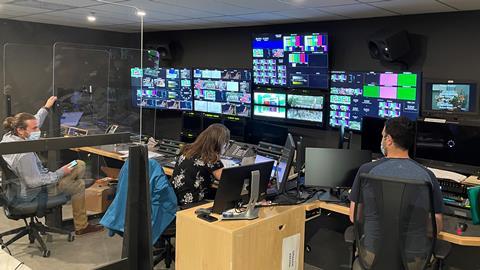 Tokyo Olympics 2020: How CBC will cover the Summer Games

Canada’s public service broadcaster will air 23 hours per day of coverage of the Tokyo Olympics, but producing such a large number of hours during the pandemic is presenting challenges for a broadcaster that must also provide coverage in English and French.

Almost six decades ago when Tokyo hosted its first Summer Olympic Games, the event went down in history as a triumph of the most up-to-date technical broadcast innovations available. But while global audiences for those Games in 1964 marvelled at seeing the athletes going for gold in colour on their TVs for the first time, some of this year’s Olympic broadcasters like the Canadian Broadcasting Corporation are cautious about breaking technology barriers. 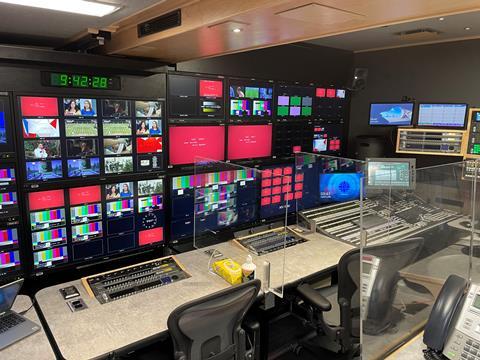 CBC coverage is being split into four segments

CBC and the rest of the world’s TV broadcasters have spent the last 18 months trying to solve the issues that the pandemic has thrown at them and are largely playing it safe with their broadcasts while, at the same time, promising to provide the same massive amounts of coverage as normal.

Canada’s public service broadcaster is planning over 3,700 hours of live coverage, plus 2,500 streaming hours and will, of course, focus on Team Canada participants who are among the approximately 11,000 athletes in Japan representing over 200 countries. Despite the restrictions of on-site staff numbers in Tokyo, CBC has committed to an astonishing 23 hours per day of coverage.

But producing such a large number of hours during the pandemic is presenting challenges for a broadcaster whose audience demands coverage in two languages, English and French. Francois Messier, Executive Director Production and Sports at CBC and chef de mission for the Olympic broadcasts, says that he is basically operating two separate productions, one from Toronto (in English) and the other from Montreal (for French speakers).

“These two productions are sharing the same video feeds,” he says, “but the signals are sent separately to the two cities where we add appropriate commentary.”

With only around 140 CBC staff travelling to Japan rather than the original number of between 270 and 280, Messier - whose team faced entry delays at Japanese customs of up to six hours - has had to find ways to adapt for the purposes of the two language feeds.

“With only half the normal number of people on-site, we have had to go with bi-lingual reporters wherever possible and share camera people in the mixed zones there is the need to keep a distance between our crews and the athletes.”

“We will not use 5G or any virtual reality. We had a few discussions, but it was too tight in terms of schedule to incorporate it. In PyeongChang we had VR with virtual athletes coming out of the screen and into the studio, but it needs a lot of investment and we’d rather secure the regular coverage instead,” Francois Messier, CBC

One other complication this summer for CBC is that the company is in the process of moving into a new building in Montreal with a full IP facility. But Messier says the 12-month delay of the Games did not allow the full move to IP this summer: “For these Olympics, we will be in HD-SDI because it’s more convenient at this time. However, for the signals from Japan, we are using the IP vendor provided by Olympic Broadcasting Services, the same as we did for PyeongChang three years ago. We decode the IP back in Canada to produce in HD-SDI, but the transport is in IP.”

Messier says the decision is a financial one. “It’s about money, securing revenues for this technology, but we don’t want major hiccups. And, because there’s so much live broadcasting at the Games, you don’t want to risk too much. Of course, you could also say that live is the best time to try and push the technology, but we have chosen not to,” he says. 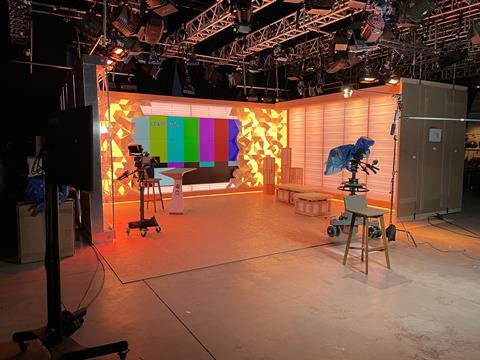 “So, we will not use 5G or any virtual reality. We had a few discussions, but it was too tight in terms of schedule to incorporate it. In PyeongChang we had VR with virtual athletes coming out of the screen and into the studio, but it needs a lot of investment and we’d rather secure the regular coverage instead.”

Along with many of his counterparts, Messier has pulled back from major tech innovations that were originally forecast for Tokyo such as cloud-based broadcasting which can allow a 30% smaller broadcast team to produce as much as 30% more content. “Cloud service for Tokyo was not possible,” he says. “We have too much legacy in our tech gears to encode-decode the signals. But we have had a few working sessions with OBS tech teams to foresee the future use of the cloud for live production and we believe we will try to be there for Paris in 2024.

Messier also believes his preparations have suffered because the problems of travelling during the height of the pandemic put a stop to normal meetings with fellow broadcasters. “I think all the Olympic broadcasters need to have a better understanding of what’s happening in different countries. Normally, there are lots of pre-meetings where we talk and discuss things face-to-face but that has not happened for these Games since February 2020 because of Covid. Since then we have only met virtually and I think we all miss the in-person communications.”

To combat the fact that Tokyo is 13 hours ahead of Eastern Standard Time, CBC coverage is being split into four segments easily understood for viewers. A six-hour breakfast show starting at 6am Eastern time will be able to provide plenty of live prime time events from Japan where the time will be 7pm at the start of that show. Then CBC has scheduled an afternoon-early evening slot from noon to 6pm; prime time coverage beginning at 7pm through to midnight; and six hours of overnight coverage is there for the most dedicated Olympic fans.

The broadcaster will feed coverage not just to its main CBC station, but also to CBC Kids, its CBC Gem streaming service and its unique Olympic Games website and app. Plus broadcast partners TSN and Sportsnet will also provide live event coverage during the 17 days of action.

If the array of technical production innovations is less than expected in Tokyo this year, then perhaps the details of how the previous Summer Olympic Games in the Japanese capital were broadcast back in 1964 is an interesting contrast. One British journalist described these Games 57 years ago as “science fiction” as the host broadcaster used satellites for the first time to deliver live pictures around the world.

The Japanese government and NASA technicians in America both worked on converting a telephone satellite into one that was able to broadcast TV pictures. This was enabled by a new compression technology application enabled it to transmit live TV signals to around a third of the globe. This allowed, for example, the entire marathon race to be broadcast live for the first time. Other TV innovations included close-pickup microphones and slow-motion replays, while some events were broadcast in colour for the first time, including the Opening Ceremony, wrestling, volleyball, gymnastics and judo.

Messier says the CBC coverage this year will be more prescriptive than normal. “The on-the-ground teams have a clear list of what to gather and there’s been months of preparation about building our stories and scenarios. It’s like writing a book – you know the story you want to create, but there’s no room this time for sudden innovations, like interviewing fans on the street, for example. Covid has reduced those kinds of features.”

There is also material being made specifically for different CBC platforms. “For CBC Kids, for example, we’ve cut special pieces for the younger audience that are fast-paced with plenty of music.”

In addition, Messier reports that CBC will feature 50% more sponsored content than in previous Games. “It’s something we’ve done for the last few years and fits a real Olympic story with what a sponsor is trying to say. It’s great content and we provide it to the OBS for sharing so that we get similar material in return from other broadcasters such as NBC or the BBC.”

The extra income from sponsored content has helped Messier come close to balancing his books for the Games.

“With less people travelling but with same number of people working on the Games, we’re only going over the original budget by about 10%,” he says.

“We have more sponsorship, but TV viewership is down and we’ve had to revise our revenue forecast, but we’ll probably get a little bit more than expected. Things are getting better on the commercial front. It was tough in the summer and early fall last year, it was a dark environment. This time around we’re in a negative financial position, but you could say investing into the Olympic programming which is a boost in ratings and market share that is significant. The Games has a longer tail for sales team, plus it’s only six months before the Winter Games start in Beijing.”