Radio production is better placed than TV to broadcast from home. But the coronavirus lockdown still poses challenges for the sector, writes Kevin Hilton. 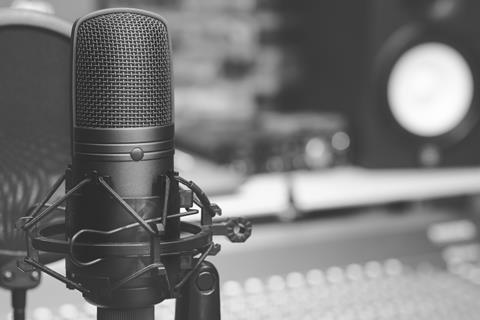 Radio in lockdown: Many radio presenters have already left their regular studios and are broadcasting from home

The coronavirus crisis has forced broadcasters to reassess and change their operations while maintaining programme services at a time when listeners and viewers desperately need to be both informed and entertained.

Radio is not only better placed to engage with its self-isolating audiences but has more flexibly in being able to change how and from where broadcasts are made. As restrictions on movement were put in place, many radio presenters had already left their regular studios and were broadcasting from home.

The speed with which this happened was made possible by the technology and experience being available. Despite this, prior to the Covid-19 outbreak, the norm in radio production remained a presenter, or presenters, in the studio and the production team - producers, assistants and studio managers (SMs) or technical operators (TOs) - in the control room.

Prior to the crisis, some presenters who live far from the broadcast centre had set up their own home studios but it was not common practice. An early example of a presenter remotely broadcasting was Quentin Howard, whose Sunday show on Classic FM came from his home in Wiltshire from 1993 to 1999. At the time he was also technical director of the GWR group, which had a stake in Classic FM. “There were bugs to iron out but as an engineer I knew how to handle ISDN and had a line installed,” he says. “We used aptX for low delay because delay is the killer.”

ISDN - Integrated Services Digital Network - has been around since the early 1990s and enables high quality digital audio signals to be carried over conventional telephone lines. Coding is done using an algorithm, either MPEG or a proprietary system (aptX was probably the best known), with a hardware codec at either end of the connection.

ISDN in
Despite being on the way out ISDN - which has been switched off in several countries, with the UK to follow suit in 2025 - is included in a list of possible connectivity technologies drawn up by Global media group broadcast engineer Steve Clarke for the Radio TechCon website.

The BBC says ISDN is being used on a small number of existing installations but that no lines have been put in to cover additional working from home requests by its News division. “ISDN is a reliable connection but is increasingly outdated and expensive,” says a spokesperson. Because of this, the BBC has for some time been remotely connecting using IP systems, which are lower cost and deliver better audio quality.

As Steve Clarke at Global outlines, the IP option divides into two categories: software for computers that functions either as an app or through a browser; and dedicated hardware equivalent to ISDN codecs. Option one includes systems from Comrex, ipDTL, Skype TX for Radio, CleanFeed, WebRTC (Real Time Communications, a free, open source project supported by Apple, Google, Microsoft and Mozilla), and, more for reporting, CallMe from Vortex Communications, Report-It, which works with Tieline codecs, and LUCI Live.

The BBC spokesperson explained that whichever of these was being used, it would be over the home broadband of each presenter, which posed challenges regarding the speed and reliability of the connection. To overcome this, additional IP connectivity has been installed in some homes, including fitting single 4GB SIM card routers, multichannel SIM diversity systems and, in rural areas, high gain cellular antenna to boost the signal. 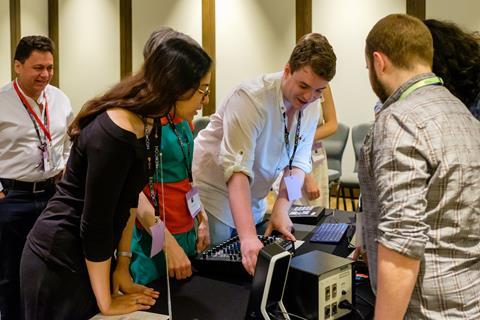 Among the IP browser systems used by the BBC is ipDTL (IP ‘down the line’), which is based on the SIP (Session Initiation Protocol) for setting up voice, video and data communications between two IP points. It was developed by former presenter and BBC engineer Kevin Leach, now of In: Quality Media, with the aim of replacing both telephone hybrids and ISDN. Although already widely used in the seven years since its launch, Leach says the coronavirus outbreak dramatically increased demand for connections: “Every broadcaster in Italy got in touch and then the UK went into lockdown.” The basic requirements for connecting to ipDTL, which works on a flexible subscription basis, are a computer, a USB microphone and home broadband.

Leach says the audio quality of ipDTL “should be transparent” and sound good despite low bit-rates (48kb/s, half that of ISDN). “Because the Opus codec we use is so efficient, the quality is comparable to 128k ISDN,” he explains. Although part of Leach’s aim was to move to a more browser-based approach, he has also produced a hardware USB SIP codec branded at the Despatch Box.

Among those using a Despatch Box is BBC Radio 5 Live presenter Colin Murray who presents the Common Sense Coronavirus Phone-in on Saturday afternoons with Cambridge University virologist Dr Chris Smith, whose Naked Scientists science podcast/radio production company is a higher end version of home broadcasting. Smith says ipDTL fits into his overall workflow by providing a way to record remote contributors in quality audio without needing to book another facility.

Isn’t it Bionic?
Radio technology developer Broadcast Bionics has extended the licences on its Bionic Talkshow system to, says managing director Dan McQuillin, “help people move from the studio to home in these unusual circumstances”. Bionic Talkshow comprises a number of modules, including control, social media and Skype TX for Radio, an extension of the system for TV, developed by Broadcast Bionics with Microsoft, featuring the Opus codec and SIP capability.

“It took us about four years to persuade Microsoft to do a radio version of Skype TX,” McQuillin says. “Obviously we didn’t anticipate the current crisis. We thought it would be used for elections and sports coverage.” 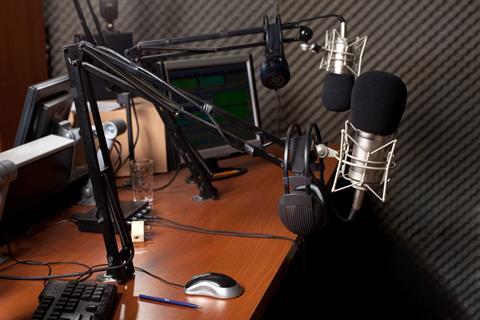 Radio at home: Preparing for broadcast

IP codecs are allowing journalists to report from home. PRECO Broadcast, UK distributor for the Tieline codec brand, managed to ship several ViA units to BBC Northern Ireland before shutting its office to work from home. Managing director James Thomas comments that in another piece of good timing, Tieline released updated firmware enabling a single ViA codec to work as three individual devices.

A reporter with a ViA at home is able to speak live or send pre-recorded packages to a TO, also at home, with another ViA.

“The TO is able to receive three incoming ViA feeds at the same time, passing them through a local mixer and on to Broadcasting House in Belfast,” Thomas explains.

Despite the lockdown, not all radio programmes are coming from presenters’ homes. A few, including BBC Radio 2’s Zoe Ball Breakfast Show, continue to come from regular studios. To ensure the health and safety of all concerned, the BBC spokesperson says regular cleans are carried out, while presenters not only use wipes but have their own microphone pop shields and do not ‘hot-seat’. The producer and SM - if one is involved - work in separate technical areas to maintain social distancing.

Out of an audience
Other shows are being pre-recorded, either in studios or down the line. Comedy shows would usually be staged in front of an audience but that is very much out of the question right now. A production that responds directly to the current situation is Now Wash Your Hands, looking at how comedians are coping with self-isolation. It is presented by Jon Holmes, who conceived the format, Natt Tapley, Salma Shah and Jake Yapp from their respective homes using a Zoom videoconference link to see each other. For good audio quality each records their voice locally through a microphone into either a sound recorder or a laptop. There have also been contributions from Miranda Hart, David Baddiel, Marcus Brigstock and others affected by the impact of the coronavirus, such as a couple quarantined on a cruise ship.

A rough edit of these recordings is put together as a multitrack Audacity session by Yapp and Holmes. This is then sent to audio technologist Tony Churnside, who loads them into Avid Pro Tools for EQing, level adjustment and mixing. Once finished it is delivered via FTP to BBC Radio 4.

“What I like about Now Wash Your Hands is it’s something the BBC hasn’t done before,” says Holmes. “Not only do we have remote presenters but we’re recording in so many other locations as well. It’s Tony’s job to make everything consistent because it’s got to sound like professional radio otherwise nobody would listen.”

How long the present broadcasting arrangements will continue is anyone’s guess. It’s clear, though, is that this crisis has proved broadcasting from home is practicable. In a 1994 ITN News at Ten report on Quentin Howard’s early home studio, he said. “You’ll find in years to come more and more presenters will work from home driving programmes over fibre optic cables to radio stations anywhere in the country”.

That did not happen to the extent Howard envisioned - until now. Part of the reason, he says, is that people still need the communal feel of working together in a studio. The current arrangements have been forced on the industry and whether they carry on remains to be seen.