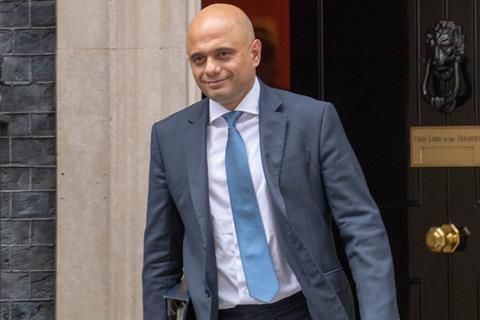 Javid: Promises to deliver on PM’s pledge with £5bn investment

The UK government has pledged to invest a further £5 billion in 5G and full-fibre deployments in order to boost connectivity in the country.

The promise was made by Chancellor of the Exchequer Sajid Javid during a speech at the Conservative Party Conference in Manchester yesterday.

Javid set out plans to invest £5bn to support the deployment of gigabit-capable networks in the hardest to reach 20% of the country.

The promise follows a pledge made by prime minister Boris Johnson during his campaign to become Tory party leader, in which Johnson said his government would connect every UK home with full-fibre (also called fibre-to-the-home) broadband by 2025.

The previous government, which was led by Theresa May, had set a target of reaching universal full-fibre by 2033, which Johnson labelled “laughably unambitious” during the leadership contest this summer.

Full fibre and 5G are seen as vital for parts of the media and entertainment industry as more viewers turn to OTT services as their first port of call for content.

UK FTTH penetration levels currently sit at around the 8% mark, with significant investment required in order to reach that 100% goal within the next six years.

The government has added a caveat, however, that “some” areas will instead be given gigabit connections as a stepping-stone to achieving full-fibre.

Javid announced the plans as part of a wider infrastructure investment, which included roads, transport, and connectivity.

“It will be the biggest increase in infrastructure investment by the government that this country has ever seen. These are the things that we rely on every day: the roads that take us to work, take our kids to school, the fibre optics that can help small businesses trade with people throughout the world,” he told Sky News during an interview.

The telecoms industry has previously raised doubts about the government’s plans, however, with the likes of BT saying it would take up to $30 billion of additional funding in order to deploy FTTH nationwide by 2025.