UK is reported to have the fastest mobile connectivity worldwide according to the Akamai ’State of the Internet’ report for the first quarter (Q1) of 2017.

The UK has ranked with the fastest mobile connectivity on Akamai’s platform, recording an average speed of 26 Mbps throughout Q1, infront of Singapore and South Korea who came in first for broadband connection speed.

Overall, the global volume of mobile data traffic grew by nearly 12% over the fourth quarter in 2016.

Germany had the highest peak mobile connection speed at 200 Mbps, while on average 37 of the qualifying countries/regions had a speed exceeding 10 Mbps, which is the broadband threshold.

The figures are compiled from traffic that uses Akamai’s platform. Q1 of 2017 saw over 814 unique IPv4 addresses connected to the Akamai intelligent platform, this is a rise of 0.7% compared to Q1 of 2016.

The clear global leader is Belgium with the IPv6 adoption at 38%, however IPv6 adoption overall has fallen 19% worldwide. The report notes “seasonal effects” as a possible reason to this decline.

Unlike the fourth quarter of 2016, when 9 of the top 10 countries recorded a rise in IPv6 adoption, 2017 report published 8 of the 10 countries with a decline overall.

India and Brazil were the two countries within the top 10 listed, to see quarterly gains as their adoption of IPv6 rose 21% and 29% respectively.

”Increases in connection speeds and broadband penetration have helped enable the internet to support levels of traffic that even just a few years ago would have been unimaginable,” said  David Belson Editor of State of the Internet Report.

Globally the average connection speed was 7.2 Mbps, this is a 15% increase over the course of one year. The average peak connection speed, globally increased to 28% year over year to 44.6 Mbps within the first quarter of 2017. 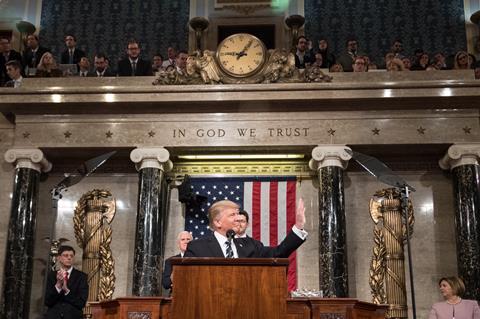 Within the first quarter over 814 million unique IPv4 addresses connected to the Akamai Intelligent Platform, an increase of 0.7% compared to the same time in 2016.

Globally, there was a 29% increase in the percentage of unique IPv4 addresses connecting to Akamai at average speeds above 10 Mbps compared with one year prior, and, each of the top 10 countries/regions saw year-over-year growth in adoption rates.

Akamai Executive Vice President and General Manager of Media Bill Wheaton said: “The US Presidential Inauguration is the latest in a series of record-breaking live, online video streaming events that we have supported over the last year.

“More people than ever are watching video online, and it’s being done across more devices at increasingly higher levels of quality.” 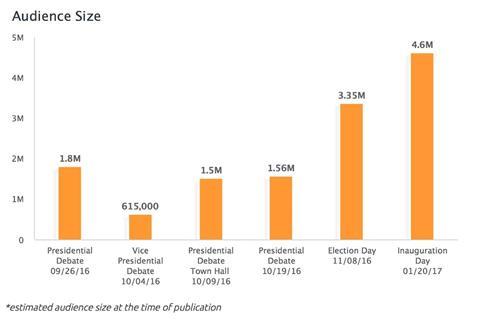 A team of Japanese scientists developed a transmitter that enables 100 Gbps transmissions over a single 300 GHz channel. Roughly 10 times faster than 5G networks, this transmitter opens the door to enabling satellite-based communications that are as fast as fiber optic ones.

Read more 5G to be a ”catalyst for transformative change”