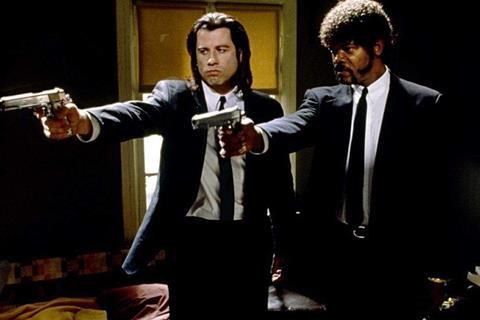 ViacomCBS has completed a deal with BeIN Media Group to acquire a 49% stake in global film and TV studio Miramax for around $275 million.

BeIN will retain its 51% stake in the studio group as part of the agreement, which was first revealed in December 2019.

The deal involves ViacomCBS paying BeIN an initial cash payment of $150 million, as well as agreeing to plough $45 million into the company annually over the next five years. Miramax will use this investment to fund new film and TV productions, as well as using it as working capital.

Miramax has a substantial back catalogue featuring more than 700 titles, which has won 68 Academy Awards, including the Oscar for Best Picture for the likes of Chicago, Shakespeare In Love, The English Patient, and No Country For Old Men.

As part of the deal ViacomCBS subsidiary Paramount Pictures has entered into an exclusive, long-term distribution agreement for Miramax’s film library. This includes an exclusive “first-look” deal that means Paramount can develop new content and projects based on Miramax’s IP.

This means it could revisit classic Miramax movies, which include Pulp Fiction, Good Will Hunting and Kill Bill, for new formats and platforms, including ViacomCBS’s overhauls CBS All Access or Pluto TV, which it acquired last year.

Miramax was founded in 1979 by the Weinstein Brothers and was acquired by Disney in 1993. The Weinstein’s left the company in 2005, and it was later sold Filmyard Holdings, before BeIN bought it in 2016.

Miramax’s leadership is set to remain in place, according to ViacomCBS.

Bob Bakish, president and CEO of ViacomCBS, said: “This partnership with BeIN will be a unique opportunity to gain access to a valuable library, deepening our already substantial pool of IP at a time when demand for premium content is only accelerating.

“We look forward to working closely with the Miramax management team as we explore new ways to deliver its titles across a variety of platforms and create new, compelling projects.”

The deal comes during a time of significant movement for ViacomCBS, which itself only remerged into one company at the end of 2019 after months of speculation.