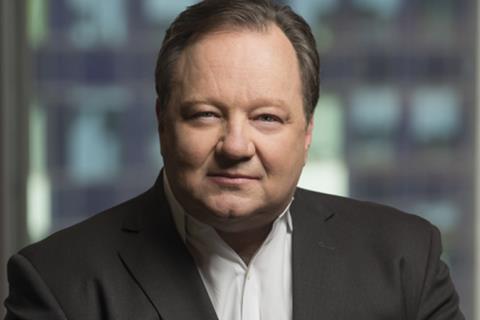 Since Viacom and CBS merged last December and during the “challenging” Covid-19 pandemic, CEO Bob Bakish has said streamlining its operations and managing costs remain a priority.

In a memo sent to staff, Bakish acknowledged the “challenging” major disruptions to the personal and professional lives of ViacomCBS employees as a number of staffers were laid off from MTV and other divisions.

Some employees took to Twitter to confirm they had been let go.

ViacomCBS had planned to undergo a management reshuffle with the newly merged conglomerate looking to save $500 million, which the firm announced in February would be raised to $750 million over three years as it consolidates teams from Viacom and CBS.

However, with the coronavirus shuttering Hollywood film and TV production, ViacomCBS has had to look at ways to “remain competitive now and for the future,” Bakish explained.

“This means continuing to integrate and streamline our operations, manage our costs as diligently as we can, and follow through on our committed post-merger synergy targets.

“Throughout this transformation, we want to be as supportive of our employees as possible, particularly given the circumstances we’re in. Some of us are saying goodbye to incredible team members and friends – people who have made lasting contributions to the success of our company and have enriched our culture.”

It was announced that Offman is stepping down from running the division, which has created shows including Channel 5’s reality series Make Or Break?. Offman will continue working on the production by acting as an executive producer on its drama slate.

In a statement published by Deadline, she said: “Whilst the time has come for me to leave, I’m happy that I will continue an ongoing relationship with the company as an executive producer for VIS UK’s exciting drama development slate.”

She became ViacomCBS International Studios UK managing director in February last year, before being named executive vice president of the unit in 2020 during a restructure of ViacomCBS’s international operations.