As the broadcast and media industry evolves digitally and technically, so too does radio. Explore how in technical papers from IRT, Jutel Oy, Rai Italy, VRT and the BBC. 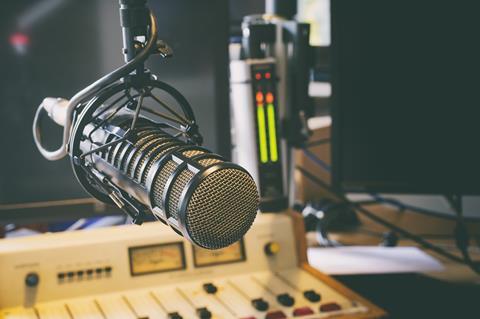 The linear medium of radio has faced enormous changes and challenges with the digital revolution but despite the growth of video and streaming options, radio remains an extremely popular – and important – medium for the public.

According to authors from Institut für Rundfunktechnik (IRT) in Germany, if you forget “the war of the worlds” and put linear live radio and streaming on-demand audio next to each other the “meaningful combination of these two forms holds enormous potential.”

For the transparent consumption of radio services either via Digital Audio Broadcasting (DAB) or Internet Protocol (IP), the same level of metadata and data services for both of the transmissions is necessary.

“Radio needs to be close to the public and on the spot of action,” writes authors from Jutel Oy in Finland who presented a technical paper around a virtual browser-based radio production and playout system in a cloud environment at IBC2019.

A large national broadcaster typically runs multiple national distribution channels and lots of regional operations with the number of workstations can be up to several thousands.

In addition to broadcast planning and production applications the workstations have many other applications running. Simultaneously, system maintenance and updates have become more and more complicated. Up until now large radio broadcast IT systems have been built with multi-tier client-server configuration.

As such, the advent of networked IP-audio has removed the need to place the audio playout close to the audio infrastructure.

Authors from Rai, Research and Technology Innovation Centre in Italy explore the impact of voice-controlled digital assistants on the evolution of radio services, proposing to apply radio personalisation, recommendation and content atomization techniques to the conversational interface.

The paper introduces the relevance of smart speakers for radio and moves on to technically describe a prototype based on voice-controlled digital assistants providing a set of personalised audio services, like keyword-based Audio-On-Demand (AoD) search, semantic similarity search and content-based audio recommendations.

A first analysis of the impact of semantically coherent audio segments with metadata, or audio atoms, is also included, leveraging on a subset of the available AoD archive.

Today, the live radio experience is increasingly augmented with social and other interactive media.

Establishing conversation between radio producers and their listeners has been part of radio broadcasting for a long time.

This trend introduced a new challenge where listeners expected and demanded personalised feedback according to authors from VRT in Belgium.

In the project Marconi (Multimedia and Augmented Radio Creation: Online, Interactive and Individual), authors developed a platform with an integrated set of tools for radio producers to deal with these issues and prepare them for the next generation 360° radio experience.

The platform offers tools ranging from chatbots, curation systems and search engines, to the integration of user-generated content in the rundown of the actual radio show.

The role of 5G and its potential for broadcasters has been hyped and explored in recent months.

Authors from the BBC, UK described trials carried out by the BBC and associated partners in the areas of distribution and content generation using 5G technologies and examined the future role that 5G could have in broadcasting.

The 5G RuralFirst project represents the first public trial of 4G and 5G technology for live broadcast radio – a medium for which delivery to mobile devices and vehicles is particularly important.

The authors provide an insight on the requirements for a useable and attractive service and the technical results are being used to inform inputs into standards for future mobile developments.

Broadcaster and radio presenter Stephanie Hirst started her career in radio at age 12, working for her local radio station 96.3 Radio Aire in Leeds. She moved up the ranks and was hosting the overnight show by 16.

She spoke at IBC2019 on the importance of media authenticity in a transformative media landscape.