Vodafone confirms 5G switch-on in the UK this summer 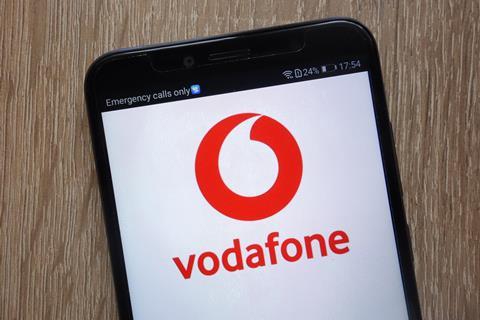 Vodafone has announced the launch date for its 5G network switch-on, with seven UK cities set to receive the service on the 3 July launch date.

Vodafone has revealed that Birmingham, Bristol. Cardiff, Glasgow, Manchester, Liverpool and London will be among the first cities to receive 5G with Birkenhead, Blackpool, Bournemouth, Guildford, Newbury, Portsmouth, Plymouth, Reading, Southampton, Stoke-on-Trent, Warrington and Wolverhampton to follow later this year.

The announcement means Vodafone is the first UK operator to give an actual date for its 5G rollout, though rival telco EE revealed that six cities – London, Edinburgh, Cardiff, Belfast, Birmingham and Manchester – will be switched on at launch, with ten more connected in 2019. EE has yet to reveal when it will switch on its 5G network.

It also announced today a selection of 5G smartphones will be available to buy this summer with the first handset on sale next week.

Vodafone has been building its 5G network for the past three years where it upgraded its masts to take 5G without disruption and was the first UK company to test 5G over its all-fibre core fixed and mobile network.

Vodafone UK chief executive Nick Jeffery said: “It means we can today announce the largest launch of 5G in the UK and be the first to announce 5G roaming.

“It means that UK businesses can lead the world in adopting 5G to boost productivity and attract investment.

“It means consumers can get the fastest mobile speeds ever and it means that our public sector will be able to adopt new services to improve healthcare, social services and housing.”

In a worldwide first, Vodafone will also enable 5G roaming in Germany, Italy and Spain in July after switching on its 5G network across the UK.

Leading the charge
Vodafone confirmed its plans to create a digital innovation and incubator hubs across the UK.

Vodafone’s Technology centre at Media City, Salford, Greater Manchester is set to open this year and today it unveiled plans for a new major 5G facility at the Ricoh Arena in Coventry.

Under the new sponsorship and technology deal, Vodafone will equip the rugby stadium and netball centre with the latest 5G and Internet of Things (IoT) technology, giving fans the best-connected sporting seats in the UK.

Last year, Vodafone was the first to demonstrate a 5G holographic call and is lead sponsor of esports company, ESL to ensure gamer have the best network to support the 4K resolution in their competitions instantly.

Ahead of the network switching on consumers can purchase several 5G compatible devices which work initially over the company’s 4G network and will switch over to 5G upon launch. These include the Xiaomi Mi Mix 3 5G smartphone, the Samsung S10 5G and Huawei Mate 20 X (5G) and Huawei Mate X (5G) and a home router, called the 5G Gigacube, which will launch this summer.

Vodafone plans to have 1,000 5G sites active by 2020 and according to reports it expects the next-generation network to have a similar timeline to 4G, which forecasts approximately 50% of UK devices will be 5G connected by the summer of 2020.

Vodafone has bought more of the available spectrum ahead of its competitors EE and 02 which each received 40MHz and Three won only 20MHz.

According to the Financial Times, 02, Vodafone, EE and Three have agreed share access to each other’s masts, with the proposal pending Ofcom’s approval and the removal of coverage obligation on 5G spectrum licenses to be sold later this year.

The mobile operators met with UK culture secretary Jeremy Wright to confirm the agreement would be met on a reciprocal basis to boost remote mobile network competition.

The companies have also requested a reduction in annual licence fees paid to fund the new masts.

This comes after the UK government threatened to impose national roaming on the networks amid concerns over their lack of progression to boost rural connectivity.