Pay TV and OTT operators are plugging into voice control to enhance the entertainment ecosystem and cater to audience demand for smart controlled devices.

This is in addition to the millions of smart homes integrating voice control through remotes, voice assistants and smart TV integration with Alexa or Google Assistant.

For media, one of the main attractions of voice is that it removes the complexity of content discovery and as such is becoming an expectation of consumers across their devices. 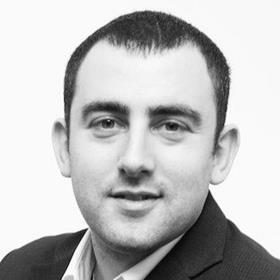 CCS Insight Vice President of Multiplay and Media Paolo Pescatore says: “The insatiable appetite shown by users for Amazon’s Alexa and Google Assistant via their own respective device clearly show that the future is all about voice interaction in the home.

“We believe, that by 2022, voice will overtake typing as the main search input method.”

Voice is not a platform like the internet, the report compared voice as a service like Apple’s AppStore, where “it acts as a route to market for services, and those services will pay a percentage of revenue to be brought to market via voice.”

The demand for voice control is coming from media streaming devices such as Apple TV and Amazon Fire sticks, set-top boxes and voice assisted in-home devices.

Consumers increasingly expect voice control to aid in their entertainment experience and the popularity of Amazon’s Alexa and Google Assistant have kick-started the competition globally.

Samsung announced the arrival of Bixby voice control in its product line-up for 2018 and is expected to recruit a full voice assistant eco-system in its native Korea at some point, strengthened with artificial intelligence (AI).

Chinese, Korean and Japanese brands are integrating search as a way for consumers to interact with its TV.

Spain is rising in the voice control market where Telefonica has, similar to Orange and Deutsche Telekom, come out with its own voice assistant called Aura.

Setting itself apart from its competitors Aura can be fronted with natural language from Alexa or anything like it, but is in fact an AI that learns about your commands and preferences.

“We are already seeing it push into new device categories including headphones, domestic appliances and automotive.” 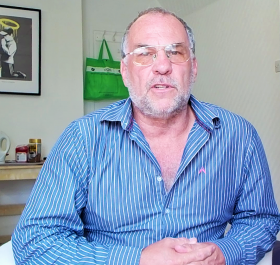 Rethink Technology Research Ltd Principal Analyst and Founder Peter White says: “Integration for the TV remote is all about having the right metadata and even using AI to augment your metadata so you have more options to choose.”

It is predicted the voice control market will develop throughout the mature markets including the USA, Western Europe, Australia, Japan and South Korea where there is a higher tolerance and appeal for new technology at an additional cost.

Meanwhile, Pescatore expects the market to move rapidly. He says: “It will not be long before we see the arrival of all-in-one, voice-activated sound bars that integrate set-top box functionalities, thereby reducing the number of devices needed.” 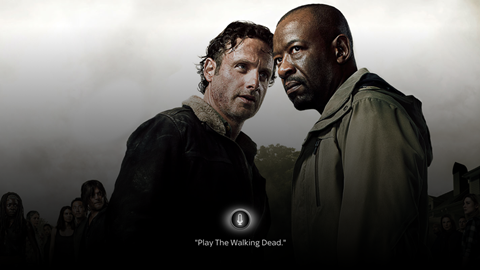 In the UK, Sky launched the first voice TV remote in March 2017, which was supported with TV advertising. It is estimated that just under one million of these have already been deployed, with a further one million expected to be deployed within the next year.

Tett says: “Platforms such as Roku, Apple, Amazon and Google challenge the traditional pay TV eco-system, their voice integration will become a key component of their respective playbooks.

“However with multiple proprietary voice platforms, cross device communication will be a key challenge to traditional pay TV platforms who have typically opted for proprietary and customised software which may potentially further fragment this market.”

If the acquisition of Sky to be acquired by Disney, from 21st Century Fox goes ahead one of the less obvious effects is that it could shake up deployment of voice controlled devices.

The report predicts if the deal is confirmed, Sky UK would be set to deploy 6.5 million Voice TV remotes by 2022, out of the total 9.3 million devices expected to be deployed across the UK in that time, which is an incredible market share.

White explains the uptake of voice control is coming from consumers and the big players such as Amazon and Google will develop in parallel.

He says: “We do not see this as changing the broadcast industry - it is a way of pay TV operators differentiating themselves in their own markets, by doing this well before rivals.”