What next for IP?

With the ratification of the SMPTE ST2110 family of standards in 2018, it might be thought that the topic of IP connectivity would be filed under “sorted” but the recent NAB convention showed that this was far from the case. 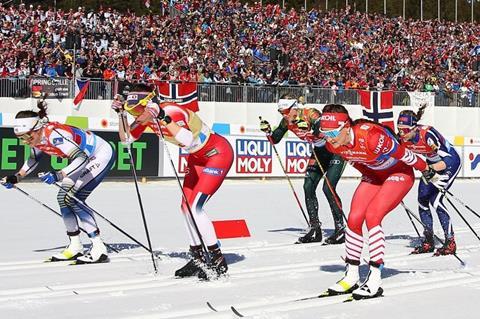 There is a growing groundswell of opinion that ST2110, while extremely well engineered, is best suited to high end operations. In particular, some say that its use of uncompressed video signals means it is not flexible enough for many applications, and in particular non-broadcast installations.

“Too good for routine use” was how Andrew Starks of Macnica described ST2110. “It is like meditation: it seems really simple, but it is very hard to achieve,” he added.

Newtek’s proprietary standard NDI, which is based on a DCT compressed video codec, is gaining many followers. “NDI is about democratisation,” said Newtek’s Matt Allard.

Recent developments in NDI have improved the quality of its video codec. It also takes a different approach to synchronisation which can make systems architecture easier.

ST2110 depends upon PTP – precision time protocol – which needs a grand master clock. NDI eliminates the master, and self-synchronises across the network. It requires a little extra buffering in the network, of perhaps 2ms. But it does mean that any enterprise-class ethernet switch can be used, without the need for a control layer to make the network deterministic.

As well as NDI, the Tico Alliance is also developing its codec to provide new IP workflows. It has recently introduced two variants.

Tico-Raw, as its name suggests, codes the direct output of an image sensor, before de-Bayering, making it an ideal transport medium for high-end production. IntoPix, a leading member of the alliance, suggests that it is ideal for 4K and 8K Ultra HD production.

Tico-XS is currently being standardised as JPEG XS, with the goal of creating a means of compressing visually lossless image streams to run in gigabit ethernet or, at worst, 10 gigabit ethernet. The target for today’s HD is between 70 Mb/s and 200 Mb/s per stream; 4k Ultra HD at 500 Mb/s to 1.6 Gb/s.

These developments are part of the JT-NM (joint taskforce on networked media) roadmap, the cross-industry group working on future developments in IP connectivity. This work, in turn, will feed into future developments of the ST2110 family, and in particular part 22 which will look at the transport of compressed video.

For now, major players in the industry are delivering IP-connected solutions, using SMPTE ST2110. Imagine Communications collaborated with TPC in Switzerland on a 24 camera outside broadcast truck with full functionality and supporting uncompromised Ultra HD. Using software-defined technology was the only way to fit all the processing into a road-going vehicle.

“It gives us the same performance characteristics and operational look and feel as a traditional SI system,” according to TPC CTO Andreas Lattmann, “but with all the benefits of IP connectivity and software flexibility – not least, complete format independence right up to uncompressed 4k HDR Ultra HD.” 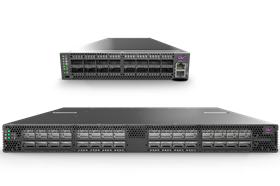 All signals are handled as IP in the core, with a redundant pair of Arista ethernet switches. Using the seamless packet switching protection defined in SMPTE 2022-7, there are separate inputs and outputs on every device, and separate fibres to the redundant switches, ensuring no single point of connectivity failure.

Grass Valley, meanwhile, sees IP as a practical route towards remote production. The latest version of its LDX86 camera uses its DirectIP technology to stream, with broadcast-standard latency, the image from the camera head to its base station.

“All the elements are in place to build fully functional, operationally rich and technically stable systems using IP connectivity.”

This allows the camera and base station to be separated by potentially very long distances. IMG and Telstra recently ran a proof of concept test with cameras in Tokyo and production in London. Allowing for ocean routing, that is an actual cable length of around 20,000 km. Once in the production centre, operators were able to match the cameras using OCPs as normal, and switch the programme.

The World Ski Championships this year saw a practical use of this. Host broadcaster SVT in Sweden used around 100 cameras around the venues in Åre. Working with Net Insight, they carried the camera head signals over IP circuits back to Stockholm for production. The broadcaster estimated that this reduced their operational costs by 10%.

Grass Valley has addressed the concerns about managing IP networks by launching its own ethernet switch, which it calls Fabric. This is a 40/100 gigabit ethernet COTS switch with application-specific software operating in both the control and data planes. The software also supports a docker container, allowing open software to provide management of the network.

Monitoring and managing the network has provided opportunities for other vendors. The Lawo Smart IP network monitoring toolkit has seen recent additions alongside support for SMPTE ST2110. Its auto-topology function automatically discovers, registers and documents the IP network, an important benefit as there is as yet no standardised means of discovery (discovery and registration are part of AMWA NMOS IS-04, still under development).

Lawo also offers a PTP monitor, which analyses precision time protocol and acts as a referenced receiver for essential timing measurements. This and other functionality are presented as a suite of microservices for implementation in vendor-agnostic networks.

Seeing all the feeds in the IP domain is also a key issue for system designers. The TPC outside broadcast truck generates common resolution proxies for all signals as part of the software-defined video processing, which are then assembled into flexible multi-viewer displays using Imagine’s Epic software. 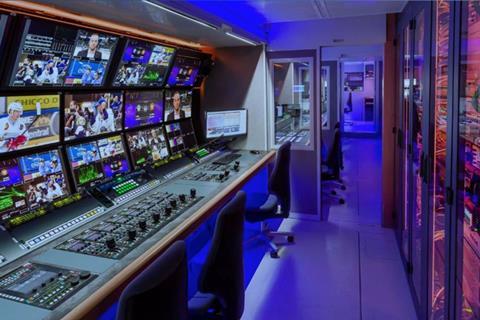 TPC: Inside the truck

TAG offers a software-only, IP-based Ultra HD multi-viewer. It supports compressed and uncompressed production formats and OTT delivery formats (HLS and MPEG-Dash). The system is supplied on a bootable dongle running a simple Linux kernel, so can be hosted on any COTS hardware.

All the elements are in place to build fully functional, operationally rich and technically stable systems using IP connectivity. What we will see over the coming months and years is a move towards fully automated set-up – artificial intelligence may have a part to play here – and support of both compressed and uncompressed video signals.

Only then will we have matched SDI’s plug-and-play simplicity, and allowing users to define their individual sweet spot between system resilience, latency, image quality and bandwidth costs.