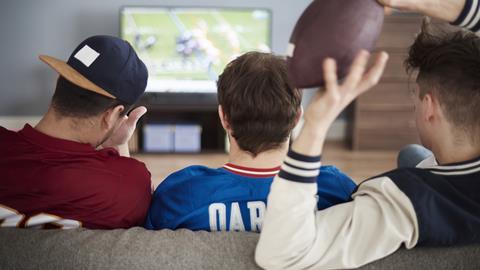 American football games - the Super Bowl in particular - have always drawn large TV audiences, but with a drop in the number of people tuning into the NFL, what can be done to boost viewing figures and maintain interest in the sport?

With the Super Bowl taking place for the 52nd time on Sunday 4 February, it’s the annual reminder that NFL American football has been the most successful sports league on television over the past half century. Super Bowls annually rate at the very top of the TV viewing charts in the US. 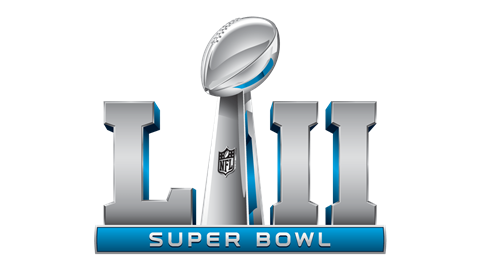 Yet, this past NFL (National Football League) season has witnessed unprecedented falls in audience numbers - as high as 20% for some key shows - amid a series of crises for the sport that have led league officials to scratch their heads for a failsafe solution.

The issue of disappearing viewers was first raised in 2016, but there seemed to be an obvious reason – it was a presidential election year when news channel ratings on CNN, MSNBC and Fox News reportedly more than doubled during the autumn as candidate Donald Trump become media catnip.

Live NFL game viewing had suffered similar drops before (although not quite so severe) and things would soon return to normal, said league officials.

But things got worse in 2017 with the league taking blow after blow from many different directions.

Despite drawing a massive audience the game, which took place on Sunday 4 February, was watched by fewer fans than last year. Viewership for the 2018 Super Bowl LII was down 7% from 2017, according to Nielsen data.

A surprisingly poor opening week of viewing numbers in September was no isolated blip and a 9% year-on-year fall seemed the new normal. Even worse, the flagship Monday Night Football show on ESPN would report average viewing over the season down 17% compared to 2015, while NBC’s Sunday Night Football would fall almost 20% for the same period.

Don’t push the panic button, said NFL commissioner Roger Goodell who contended that habits of all TV viewers were changing because of the Netflix effect, social media disruption and the increasing number of content platforms for football. Year-on-year comparisons on only the major USA television networks were not a fair reflection of NFL popularity.

The commissioner could also point to the exciting 2017 Super Bowl – the first ever time the game had been decided in overtime - on CBS which notched up 111.9 million viewers in the USA, making it the third-most-watched broadcast in American television history.

Goodell pointed out that NFL games remained among the top performing shows in America (see chart above), but the trend so undeniable he was also forced to speak of plans to reduce game times by shortening ads and finding ways to speed things up on the field of play itself.

But Goodell still wasn’t quite sure why ratings were down so much. “We don’t make excuses,” he said at the time. “We look at it and we try to figure out what’s changing.”

However, the issue of disappearing NFL fans took a political turn when the newly elected President Trump suddenly noticed a one-man protest by San Francisco 49ers quarterback Colin Kaepernick who had begun kneeling rather than standing for the national anthem a year earlier to bring attention to racial injustice in America. A tiny number of other players showed their support of Kaepernick and that was enough for the President to call them all “sons of bitches” while also suggesting that fans boycott the NFL at games and on TV. Support for the president was vociferous from his base and TV pictures of rows of empty stadium seats only added to the NFL’s problems. 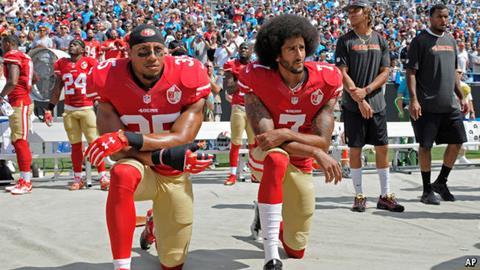 There was also some bad luck for the league in 2017 because there were too many unexpectedly uncompetitive games in prime time, while big market teams including the New York Giants and Dallas Cowboys failed to live up to pre-season expectations and a more-than-average number of star players suffered season-ending injuries.

Then a prominent sponsor - Papa John’s pizzas – spoke out, blaming the NFL player protest for poor sales, it caused more unwanted headlines not on the sports pages at a time when the whole “playing contact football is unsafe” debate kept raging along with other scandals such as NFL players beating their wives and girlfriends.

Media watchers pointed out that each negative storyline chipped away at the traditional TV fans’ love of the NFL and caused them to switch off.

The NFL countered with its own good news. Internationally, the fan base continued to surge upwards with the UK supporters filling the four game venues in autumn 2017 and both TV and radio audiences continuing to grow on Sky, the BBC and the TalkSport radio station.

London’s adopted team, the Jacksonville Jaguars even basked in the glow of a great season and provided some positive perspective. “TV is no longer the only way to get NFL content. It’s a big world out there,” said Jaguars’ London-based senior VP of international development Hussain Naqi.

“Yes, TV viewing can validate what a team or a league is doing, but we see growth on platforms like Twitter and Instagram. Even the live weekly press conferences from Jacksonville – not even game action – are being watched by more people than ever,” he says. Meanwhile, NFL execs in New York pointed to the industry-wide issue of cord cutting as a cause for falling ratings that was out of their hands.

However, there has been some good news for the NFL this week as Fox Sports announced a deal to broadcast the league’s 11-game series of Thursday Night Football programmes for a reported $660 million per season, an amount that is up from the $450 that CBS and NBC previously paid.

Now the spotlight will be on Sunday’s Super Bowl in Minnesota where NBC are improving coverage once again with a total of 106 cameras including many extras in and around the stadium, even in places like hallways and team lounges.

In addition, there will be seven 4K ultra high definition cameras showing the action and a virtual 3D system will debut on giant screens inside US Bank Stadium in Minneapolis. Also, NBC - the first network to live stream the Super Bowl in 2012 - will show the game on many different platforms such as on NBC.com, NBCSports.com and the NBC Sports app (viewable on Android, iPhones and on TV streaming devices such as Amazon Fire, Apple TV, Google Chromecast, Roku devices and Xbox video game systems, among others). Estimated viewing on these non-traditional platforms could reach two million, according to NBC.

But the host broadcaster understands that despite all its efforts, the ultimate size of the Super Bowl audience cannot be controlled just by improved coverage methods.

NBC Sports executive producer Fred Gaudelli said: “We thought we had some fantastic shows on Sunday nights this year and they weren’t at the level in terms of viewership as previous years, but I know everything (including viewing figures) is cyclical.”

TV experts forecast that Super Bowl LII is unlikely to be seen by more than last year’s impressive 160 million estimated viewers worldwide, however, whatever the final number, the NFL is fighting back from any perceived audience crisis. Demand for NFL ad time slots remains high according to Standard Media Index which reveals that overall in-game sales revenues are up 2% year-over-year.

And as the Super Bowl build-up reached a crescendo late last month, the announcement of another rival league launching in 2020 dampened the NFL’s spirits.

Of course, it is easy to predict that the second attempt by wrestling entrepreneur Vince McMahon to make his XFL football concept succeed following its closure in 2001 after just one season will be a fly that the NFL easily swats away.

But when McMahon pointedly stated that his league would have “nothing to do with politics”, it was a reminder of the perfect storm that led to such large TV viewer drop-offs in 2017 for the NFL might not be the end of this particular story.