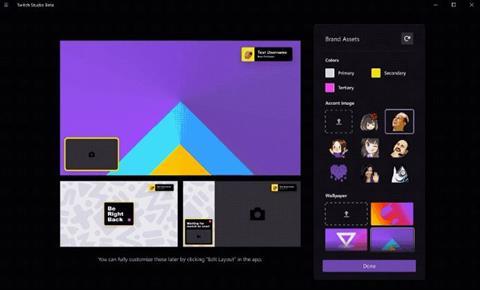 Twitch Studio is an all-in-one streaming app for new streamers launched this week in beta testing which aims to simplify video gaming delivery and engagement.

Twitch said the new streaming application, Twitch Studio, has been developed for streamers to easily go live and share their creations on an international scale.

The company announced in a blog post yesterday: “Streamers are at the core of every community on Twitch,” and its new service fully supports the entire ecosystem for streamers including setting up the stream and building the community, particularly for those who are just getting started.

Twitch creator product Hubert Thieblot said: “We’ve opened up beta testing for Twitch Studio: an all-in-one streaming app for new streamers that cuts down on the guesswork to setup a quality stream and makes it easier to engage with your community.”

The platform will initially be released in beta testing phase with limited features to a select group of streamers to “give it a spin, report any bugs and share their feedback.”