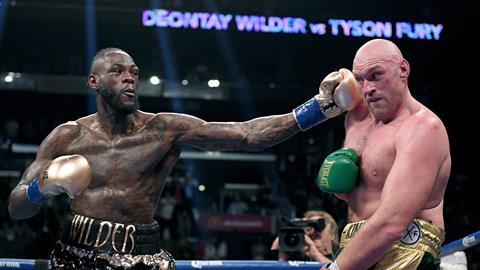 Boxing heavyweights Deontay Wilder and Tyson Fury are set for a championship clash in Las Vegas this weekend. But the real winners could be the broadcasters set to air the epic rematch, writes Ross Biddiscombe.

This weekend’s world championship heavyweight world title re-match between Deontay Wilder and Tyson Fury is expected by many sports experts to bring a return to boxing’s pay-per-view TV glory days and perhaps act as a springboard to a series of record paydays and PPV audiences in the coming months or even years.

The doyen of American boxing promoters Bob Arum has stated that Wilder-Fury II may be “one of the richest fights in boxing history” and could possibly equal or surpass the number one contest on PPV of all-time - Floyd Mayweather Jr vs Manny Pacquiao in 2015 - which grossed well over $410 million in the US alone from 4.6 million purchases.

All this PPV hype comes despite recent claims from some boxing promoters that events on platforms like HBO, Sky, Showtime and BT Sport are “dead” and that new OTT streaming services with their lower monthly subscription price points are the future.

Nevertheless, the weekend’s two real-life heavyweight giants – American Wilder stands at 6’ 7’’ with Britain’s Fury at 6’ 9” – are set to do battle over 12 rounds on Saturday evening in Las Vegas, just 14 months after their controversial split decision contest. Despite suffering two knockdowns back in December 2018, Fury was seen as the superior boxer on the night in a contest that was a huge hit with audiences on both sides of the Atlantic.

Talk of a second fight was immediate, but while promoters of both men claimed that everyone wanted a return contest, various issues - primarily the TV contract negotiations - delayed the fight until this month. Yet, rather than diminishing the re-match, the delay has only helped fuel the fans’ desire for the fight and could cause the record-breaking TV numbers.

Wilder-Fury II takes place at the MGM Grand at 10pm US west coast time and 5am on Sunday morning for UK fans. ESPN and Fox Sports share the host broadcasting duties in America and each will show the fight on cable, via PPV and on their streaming platforms. In the UK and Ireland, BT Sport Box Office has exclusive broadcast rights while PPV rights have also been sold in Australia (Main Event), New Zealand (Sky Arena), the Nordic countries (Viaplay) and the Phillippines (Cignal). In addition, DAZN - the multi-country OTT service - is among a dozen more streaming services that will show the fight. Even better news for the PPV forecasters is that the ABC network in the US has agreed to a one-hour, free-to-air preview show at 1pm on Saturday. 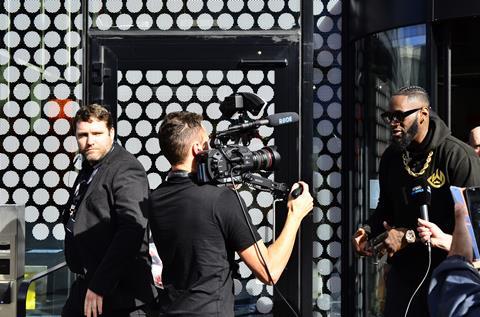 First Wilder-Fury fight was broadcast live as a PPV event on Showtime and logged 325,000 buyers at $74.99 each

The first Wilder-Fury fight was broadcast live as a PPV event on Showtime and logged 325,000 buyers at $74.99 each. Even Showtime’s delayed broadcast one week after the fight attracted strong viewing numbers, averaging 488,000 viewers and peaking at 590,000, according to Nielsen Media Research. Meanwhile, it is reported that BT Sport generated 450,000 buys at £19.99 per sub for the same fight.

Becoming the greatest
The delays to the rematch were first caused by an agreement signed a year ago between top British boxing promoter Frank Warren and his US counterpart, Bob Arum at Top Rank, to co-promote Fury fights in the future, with ESPN being the US rightsholder. The Wilder camp was also negotiating TV deals and in May last year they reportedly rejected a $100 million, three-fight deal from DAZN preferring to remain as free agents in the TV market place.

Instead, Wilder signed US media rights to Premier Boxing Champions who work with Showtime and he also managed a concurrent agreement with Fox Sports.

While talks took place, both men fought and won twice more and, for Fury, these wins were crucial because they took place in Las Vegas and helped build up a US following for his return match against Wilder.

Now, existing PPV records are set to be broken. In the US, that means topping the Mayweather-Pacquiao bout - which was shown on both HBO and Showtime who staged a joint production - achieved 4.6 million buys at a cost of $89.85. Demand was so great that as many as 10 million fans watched illegally in the US via the then-new Periscope and Meerkat apps.

Despite all the hype for this weekend’s contest, US pay-per-view fans will only be charged $5 extra ($79.99) compared to Wilder-Fury I and a whole $15 less than the Mayweather-Pacquiao bout. By contrast, BT Sport is cashing in by upping the cost by 25% to £24.99. 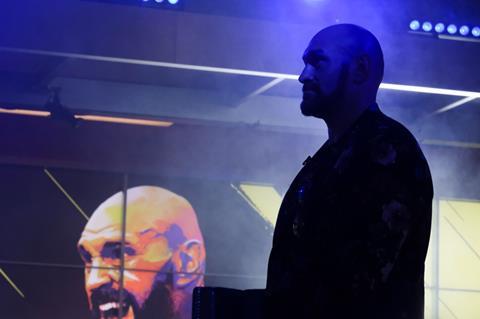 Fury: Reported to be earning up to £80 million from his next several fights on ESPN and BT Sport

This is a similar price to the Anthony Joshua rematch against Andy Ruiz Jr in December last year on Sky which currently boasts the PPV record audience in the UK and Ireland with 1.6 million buys. The fight brought in £40 million in subs for a £24.95 fee. With advertising income on top, this success is the major reason why Sky is said to have bid as much as £10 million for this weekend’s contest.

Future battleground
That huge bid for a newly enlivened heavyweight division is one reason why analysts see boxing PPV records as set to be broken. Fights between Wilder, Fury and Joshua are a battleground that could stretch out for the next couple of years. In fact, Wilder-Fury III was already announced this week, so bidding wars between the PPV platforms and OTT services – especially DAZN – are inevitable.

DAZN is certainly the platform to watch because last year it signed boxing’s first-ever billion-dollar deal with UK promoter Eddie Hearn’s Matchroom Boxing organisation, promising 16 exclusive shows in the US. Hearn told the media back then that this was the start of a sea change in the way boxing is watched by fans who can enjoy more quality fights for less money. He said monthly streaming platforms like DAZN are threatening the current PPV systems on both sides of the Atlantic.

“HBO and Showtime are the two major players (in the US),” Hearn said. “And (our deal has) a bigger annual budget than they have put together. It’s the biggest deal in boxing history.”

DAZN, which launched as ‘the Netflix of sport’, now operates in Canada, Japan, Germany, Austria, Switzerland, Italy, Spain and Brazil as well as the US.

Hearn has been joined at DAZN by former world boxing champion and now boss of Golden Boy Promotions boss Oscar De La Hoya, who dropped HBO’s platform for his fighters. It was De La Hoya who said PPV is dead and he added: “DAZN is spending major money. They want to be the premier destination for sports. (My fighter Canelo Alvarez) is making pay-per-view money ($365 million over five years) fighting on DAZN, but the consumer doesn’t have to pay pay-per-view dollars. The consumer benefits most, which is the most important thing to us. Because when the consumer is happy, then everyone else is happy.”

Yet, with PPV, the current best heavyweight boxers and their promoters believe they can earn the most money - Fury is reported to be earning up to £80 million from his next several fights on ESPN and BT Sport.

Promoters including Frank Warren are heavy on the hyperbole about Wilder-Fury II because history tells him that nothing excites boxing fans more than great heavyweight contests.

“This is probably the most anticipated heavyweight title fight in the last 20 years,” he said. “It’s a fantastic fight. A big puncher against a consummate boxer. It’s a bit like Muhammad Ali v George Foreman years ago.