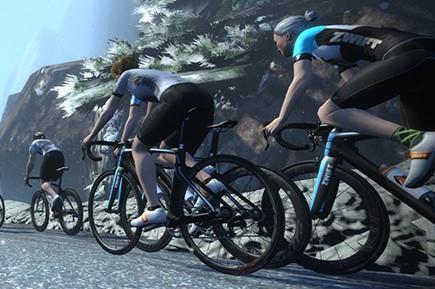 The International Cycling Union will host the first cycling esports world championships next year which the sport’s world governing body announced as a “milestone” moment.

The first esports cycling world championships will take place next year after a deal between governing body the UCI and the popular online training platform Zwift was announced last week.

Zwift is the online platform which enables riders to cycle in a virtual world and compete against other competitors around the world.

UCI president David Lappartient told the press: “We have been looking at the emergence of esports for some time with Zwift.

“As the governing body for the sport, we need to remain open to technical innovations and change, and to remain relevant to all audiences.

“Zwift is a platform that is enjoyed by people of all ages and abilities. However, there is a particularly exciting opportunity through esports as we look to attract a younger audience to cycling. Together we have an opportunity to support a fitter youth, through the creation of a new sustainable sport.”

According to reports, the development was described as a “milestone” moment in the history of sports and follows the launch of the Kiss Super League earlier this year.

Kiss Super League was the first esports league to feature professional cyclists and in May it was widely rumoured the Giro d’Italia were considering using Zwift to host a future prologue.

Details of the 2020 championship format, location and qualifying events have not yet been revealed. Zwift chief executive Craig Edmondson said there will be parity in the prize money, coverage and the number of races between women and men.

He said: “”The beauty of creating a new cycling discipline is that we have a blank slate and no limitations.

“Parity is incredibly important to us at Zwift and together with the UCI we will be working to create equal competition for both men and women.

“This means the same number of races, the same coverage for races, and of course, equal prize money. We will set the standard for fair play and equality.”

Despite little uptake in the mainstream broadcasting market, esports has grown into a billion-dollar enterprise through channels such as Twitch, Ginx, YouTube, and Facebook.