Apple bids to define software & AR for the future 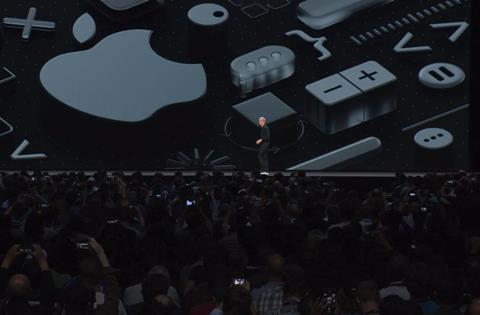 Opening the keynote was Chief Executive Tim Cook who said: “Our philosophy is putting the customer at the centre of everything we design.

“Every year we deliver a major iOS update that brings awesome new features that will impact the world.”

Cook has previously touted AR as “being profound” and improving lives in connected ways rather than isolated experiences.

Cook didn’t give away specifics during Apple’s first quarter earnings call earlier this year, however during WWDC the announcements supported some fairly big innovations and drivers of change.

Craig Frederique Senior Vice President of Software Engineering at Apple took to the stage to announce the latest software innovations that were driven by AR as the catalyst.

Frederique said: “AR is transformational technology by bringing experiences into the real world, it enables all kinds of new experiences, changing the way we have fun and the way we work, and in iOS12 we wanted to make an easy way to experience AR across the system.”

Placing the 3D objects into the real world is where creatives can flourish and experiences will push the boundaries, Frederique explained.

He said: “We want all kinds of creatives to create content for AR, and so we’re working with the leading companies for 3D tools and 3D libraries to bring their support for USDZ.” 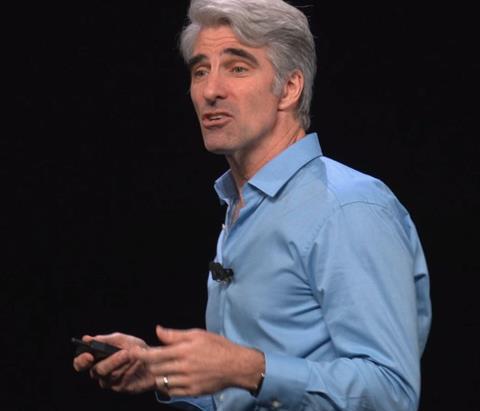 Adobe is also driving innovation for the ARKit 2.

Abhay Parasnis Executive Vice President and Chief Technology Officer said: “We believe AR is an incredibly important technology, with ARKit Apple is by far the most powerful platform for AR.”

The USDZ format enables the delivery of AR content experiences across the entire iOS experience.

The second version of its ARKit coding platform was showcased, aimed at channelling developers to use it as a home for building AR apps that blend the physical world with digital imagery.

“What you see is what you get,” editing in the new Adobe Creative Cloud AR app, Parasnis explained. The new app enables AR content to be created using programmes such as Photoshop and Dimension to easily transfer and share visa USDZ.

Immersive design tools will enable video, images, text and real-life objects from the Creative Cloud directly into a native AR environment in a global first.

”We are on a relentless pace of advancement with AR and that continues today with ARKit 2” - Abhay Parasnis, Adobe

ARKit is the key technology behind AR experiences, Frederique said: “ARKit opens up the world of AR to hundreds of millions of users, making it the world’s largest AR platform by far. We are on a relentless pace of advancement with AR and that continues today with ARKit 2.”

In excess of 24 million AR and virtual reality (VR) devices will be sold in 2018, according to CCS Insight, which described it as a clever move for Apple to integrate their products and streamline usability for its already engaged audience.

CCS Insight Chief of Research David Wood commented on the surge in sales, he said: “Over the next two years we’re going to see the technology move out of trials into full-scale deployments. Companies that embrace AR will gain a competitive advantage.”

Overcoming what has widely been slated as isolated experiences, Apple showcased the ability for shared experiences within the ARKit in real time.

Lego Director of Innovation Martin Sanders gave a live demonstration on the way ARKit 2 has enabled the expansion of creative possibilities beyond the physical. The new Lego AR iOS app integrates with ARKit 2 features and connects to physical Lego sets.

The demonstration enabled two users sharing a virtual environment in the ARKit 2 platform. The uniqueness means multiple players can play a game or collaborate on building a project, as well as its new spectator feature for friends to join and watch in real time the AR gameplay from another iOS device without having to actively participate.

The announcements continued with Apple TV, which has expanded its partnerships with some of the world’s largest broadcasters and TV networks to give audiences live content from sport and breaking news to the latest films.

The new network syncs up all your content in one place and also enables you to use your iPhone to control your viewing experience which will now include live spots and news with full Dolby Atmos support.

Apple TV Lead Designer Jen Fuls discussed the new developments and noted since the launch of Apple TV 4K in September 2017, its growth has been 50% year-on-year.

She said: “We introduced Apple TV 4K with the goal of introducing the highest quality cinematic experience right to your home. It offers both 4K and high dynamic range (HDR), including support for HDR 10 and Dolby Vision.”

Apple claims to have the largest collection of 4K HDR movies on iTunes, which is an alternative to the other streaming giants with content offerings from Amazon Prime Video and Netflix.

She continued: “We know what makes an amazing cinematic experience is not just great picture quality but also incredible sound.”

With the latest in audio technology from Dolby Atmos, users can experience state-of-the-art cinema sound and picture in your own lounge room in the only streaming player that supports Dolby Vision and Dolby Atmos certified.

“Dolby Atmos has the ability to completely immerse you. Atmos moves sound in three-dimensional space creating an experience with powerful audio that flows all around you.”

Apple also announced later in the year it will partner with Charter Spectrum to enable users access to live and on-demand channels from cable providers in the US.

CCS Insight Vice President of Multiplay and Media Paolo Pescatore commented on the announcements, he said: “The support for Dolby Atmos is pretty big and long overdue.

“It positions Apple TV as a platform of choice for users and partners. Apple TV can now finally boast the latest technology such as 4K, HDR and Dolby Atoms, supported by a vast catalogue of content.

“Significantly, Apple is following Netflix’s lead in seeking telco partnerships. This will represent a key channel for Apple as telcos do not want to invest in and subsidise costly hardware such as set top boxes. It’s a win, win for both parties.”