Michaela Coel and David Tennant dominated this year’s Broadcasting Press Guild Awards with both of them winning multiple prizes while the BBC scooped the innovation award for its lockdown learning programming.

The BPG Television, Streaming and Audio Awards are chosen independently by TV and radio correspondents, critics and previewers.

I May Destroy You - the ground-breaking and original drama which Coel created, starred in and wrote - took three of the BPG’s top awards: for Best Actress, Best Writer and Best Drama Series. The 12-part series was made for BBC One and HBO. 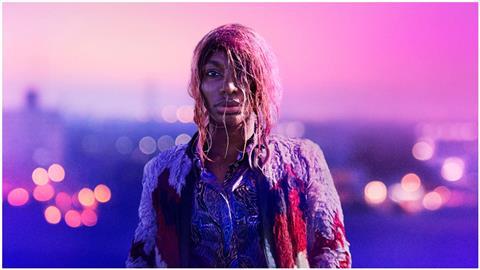 Michaela Coel: Creator of I May Destroy You

Accepting her award, Coel said: “Receiving this from the Broadcasting Press Guild is particularly meaningful to me, because this is awarded by journalists, the best of which scrutinize the topic, their opinion of it, and interrogate both the world and themselves, as writers within it. I can identify with this, particularly because I May Destroy You was inspired by my own experiences of sexual assault.”

Tennant won the award for Best Actor, for his performances in Des (ITV) and Staged (BBC One). In his video acceptance speech, he said: “I’m very aware that I’m piggybacking on the back of the brilliant people I work with … working with great people makes you look better. I’m very aware of that.” Staged was also named Best Comedy.

The BPG Jury Prize was awarded to Joe Wicks for his PE With Joe fitness sessions on YouTube during lockdown. He said: “What a wonderful honour it is to receive this award … we have now streamed 115 live workouts, with a total of 100 million views globally.”

Instead of the usual BPG Awards lunch, the 47th Awards was held as a virtual event for the first time, with the winners announced - and prizes accepted – via the BPG Twitter account, @BPGPressAwards.

The BPG Innovation in Broadcasting Award went to the BBC for its Lockdown Learning initiative and the Harvey Lee Award, for an outstanding contribution to broadcasting, was given to John McVay of PACT on behalf of all who created the Film & TV Production Restart Scheme, to help the industry open up again during the pandemic.

Jake Kanter, the chair of the BPG, said: “2020 was a challenging year for British television. Coronavirus shuttered production for months, ripped a near-fatal hole in the ad market, and ravaged a brilliant freelance community that actually makes the stuff we love to watch. But amid the rubble, industry ingenuity prospered and what crumbled was quickly rebuilt.

“It was a year when television and radio provided comfort, distraction and a friendy embrace in an ugly world. Our winners are testament to that.”

Clara Amfo of BBC Radio 1 was named as Audio Presenter of the Year. Accepting her award on Twitter, she said: “We’ve all experienced a fervoured relationship with our audience. That’s not to be taken for granted at all. It would be remiss of me not to accept this award and not big up all of my colleagues. I accept this award alongside them.”

Seani B and DJ Ace won the Radio Programme of the Year award, for their BBC 1Xtra Talks Special on George Floyd and Black Lives Matter. The Podcast of the Year was How Do You Cope? With Elis James and John Robins, produced by Audio Always for BBC Radio 5 Live.

Scott Bryan, chair of the audio jury, said: “This has been such an important year for radio, connecting us at a time when we’ve all been apart. The winners have all provided thoughtful, powerful conversations and moments that listeners will remember for a long time to come.”

Quiz (ITV), from James Graham’s stage play about Who Wants to Be a Millionaire?, was named Best Drama Mini-Series, and Emma Corrin won the BPG Breakthrough Award for her performance as Princess Diana in The Crown (Netflix). Mortimer & Whitehouse: Gone Fishing (BBC Two) won the Best Entertainment award, for the second time in three years.

Audio Presenter of the Year

How Do You Cope?…With Elis James and John Robins

The Rise of the Murdoch Dynasty

Once Upon a Time in Iraq

I May Destroy You

David Tennant, for his roles as:

New Pictures for ITV, and

- Himself in Staged, Series 1

For her role as Arabella Essiuedu in I May Destroy You

I May Destroy You

BBC for its Lockdown Learning initiative

For her role as Diana, Princess of Wales in  The Crown, Series 4