Brexit: The ripple effect on the UK's visual effects industry

The UK has a world-renowned visual effects (VFX) sector, but the impact of Brexit could undermine the industry through a chronic shortage of skilled workers, writes Neil Hatton. 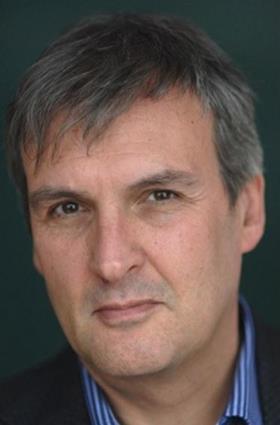 In just under 500 days, the UK is scheduled to leave the European Union.

On 29 March 2019, the free movement of labour will end, and EU citizens will no longer have an automatic right to work in the UK. Currently we don’t know what visas will be required.

Prime Minister Theresa May has made proposals for EU citizens already in the UK to remain indefinitely and achieve “settled status”, but it’s still conditional on getting a reciprocal deal for British ex-pats living in Europe. It seems that in the increasingly fractious negotiations with Brussels, nothing is agreed until it’s all agreed.

Citizens from more than 70 nations work in the UK’s VFX and digital animation industries. It’s a truly cosmopolitan workforce made up of the “brightest and best” talents from around the globe.

A UK Screen Alliance survey shows that 53% of the operational workforce are UK citizens but 33% come from mainland Europe, 1% are Irish and 13% come from the rest of the world.

The number of overseas workers has increased by a few per cent from last year, with VFX recruiters saying there is a global shortage of highly-skilled artists and competition to attract them is at an all-time high, with more projects coming to the UK due to favourable tax credits and a reputation for excellence.

UK Screen’s original research reveals hot-spot roles filled by high numbers of non-UK artists. These include Animator, Effects TD, Lighting TD and Compositor roles, which could be in severe shortage if the tap for EU talent was suddenly turned off.

Read more Brexit: What leaving the EU could mean for the broadcast industry

We hope this is unlikely given the PM’s statement that she wants the UK to be “a magnet for international talent”.

However, an internal government document, published by the Guardian, seemed to propose extending Tier 2 visas to EEA citizens and linked them to the already unpopular and expensive Immigration Skills Charge.

Since its introduction in April 2017, the Immigration Skills Charge takes the cost of a 5-year Tier 2 visa, used by non-EEA skilled migrant workers, from £2,500 to £7,500. It is intended to disincentivise employers from taking on non-EEA migrants.

The ill-fated Conservative manifesto from last May’s election proposed increasing this to £12,500. One large VFX company has told us in the first five months since its introduction, they paid over £40,000 in Immigration Skills Charges, whilst putting over £90,000 into the Apprenticeship Levy, which launched at the same time. Prior to last April both those costs were nil.

It seems as if the promised continued access to the “brightest and the best” might need the caveat, “…only if you can afford it”. Extending the Immigration Skills Charge to highly-skilled EEA workers would turn a bad policy into a disastrous one. It should be scrapped entirely.

By now there will probably be some readers of this article asking ‘but what are you doing to create a home-grown workforce?’ The answer: ‘lots’.

The industry has invested in the NextGen Skills Academy, a network of Further Education colleges. There are successful apprenticeship programmes now running in VFX, with animation apprenticeships coming soon.

And there are good links between VFX and animation companies and universities. We want to strengthen this by encouraging a handful of universities to become true “Centres of Excellence” to rival the best European colleges.

The leading VFX companies, supported by UK Screen Alliance, have created Access: VFX, an initiative to champion inclusion in the workplace and in recruitment. The programme features an Inclusive Careers Fair to introduce school students from socio-economically challenged backgrounds to the VFX and animation industries.

Many young Londoners don’t realise that the VFX for big feature films aren’t all done in Hollywood; many are created in Soho, maybe only a few tube stops from where they live. The Access: VFX mentor network will guide their school subject choices and show them pathways into jobs that they didn’t realise could be available to them.

The key elements of a coherent skills pipeline are largely there; however, it takes 10 years to rise through the VFX ranks to reach senior positions. Add time for the education system to ramp up the supply of fresh talent at the right quality, and you are looking at a 15-year skills gap, during which time the free movement of people from the EU will have become history.

We are going to need non-UK VFX artists for many years to come and will always benefit from highly-skilled overseas artists with the knowledge they bring and share. It’s vital that the UK’s post- Brexit visa policy takes this into account, so we remain globally successful. If the UK gets this wrong, it wouldn’t take long for that hard-won VFX work to drift away to other countries where the labour costs are less prohibitive.