Blockchain: a new foundation for media, entertainment and broadcast

In the first of a three-part series on bitcoin-enabling technology blockchain, Haydn Jones examines the origin and potential of the digital ledger technology.

On January 3rd 2009, the first bitcoin block was processed, or mined.

Known as the genesis block, it’s special for a variety of reasons.

Most notable is the colossal achievement in establishing a secure digital store of value, or currency, a culmination of some 30 years’ mathematics, cryptography, game theory and coding.

Some hundred years earlier, Marconi demonstrated it was possible to transmit radio waves across the Atlantic.

Ironically, his innovation had multiple detractors, from his Italian compatriots who showed little interest in his work, to those who believed radio waves would not follow the curvature of the earth.

Marconi’s radio waves didn’t follow the curvature of the earth, but with a little help from the ionosphere, did reach Newfoundland.

In 1909, Marconi received the Nobel prize. Radio is a foundational technology.

It created new bedrock for economies, transforming how we understand ourselves and our place in the universe.

But it took more than a hundred years of innovation to reach where we are today.

Bitcoin, and its underlying transaction record, blockchain, has a cryptographic elegance allowing the creation of digital events that are persistent, secure and unique enough, to which value can be ascribed.

It can be thought of as a collapsing protocol, combining the ability to store value, indelibly record ownership and make payments.

Interestingly, some eight years after the genesis block was created it still contains encoded, for as long as a single bitcoin node exists, in hexadecimal, the text: “The Times 03/Jan/2009 Chancellor on brink of second bailout for banks”.

This was a nod to the economic difficulties of those few months included by bitcoin’s creator, the pseudonymous Satoshi Nakamoto.

It took only a further year for bitcoin to acquire value when in May 2010, after a four day quest, Laszlo Hanyecz convinced Jeremy Sturdivant, to exchange 10,000 bitcoins for two Papa John’s pizzas. 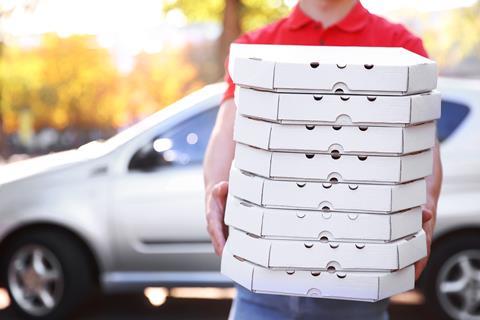 At today’s bitcoin price of roughly $2,500, those were special pizzas.

Over the next few years, what was a triumph in coding and cryptography, ran into rougher waters. Dogged by a reputation for extreme volatility, criminal activity, money laundering and financing terrorism, bitcoin suffered a lot of bad press.

Silk Road, using bitcoin as a medium of exchange, was probably the low point, the FBI eventually shutting the site down and seizing control of some 26,000 bitcoin in October 2013. Notwithstanding, the curious technology persisted, with hobbyists and enthusiasts working hard to develop and evolve the open source protocol, spawning in turn numerous derivatives.

As of today there are some 800 cryptocurrencies, all leveraging the thinking behind the original bitcoin protocol.

Many thought technology would lead nowhere, and mass adoption of bitcoin, or some other derivative cryptocurrency, was considered ridiculous.

And whilst the concept of bitcoin does seem ridiculous, it works.

It’s nigh on impossible to shut down because of the distributed nature of the record of ownership; every single node needs to be destroyed.

It is easily accessible via a mobile phone allowing payments to be made with relative ease without the need for fiat currency, central counterparties, payment systems or general ledgers.

And the protocol itself has never been hacked.

In 2014, it started attracting the attention of the Bank of England.

In their third quarterly review of the year, examining payment technologies and the emergence of digital currencies, the authors conclude the key innovation is the ‘distributed ledger’ allowing payment systems to operate in an entirely decentralised way, without intermediaries such as banks.

A year later, the Economist ran a piece called the Trust Machine, proclaiming how the technology behind bitcoin could change the world. And Ginni Rometty, CEO of IBM, made an equally bold claim in The Wall Street Journal, late in 2016, that blockchain, once widely adopted would transform the world.

IBC2017 Blockchain and Broadcasters: A Masterclass Exploring the Opportunities for Broadcasters - in Distribution, Transparency, Anti-Piracy and Other Areas.

So where are we? For the media, entertainment and broadcast industry, there is little reference to the technology, which is strange, given the opportunity.

Aside from the obvious use cases relating to transaction processing, content is unique information, which is exactly what digital currencies are.

This means the cryptographic ecosystem created to record ownership can be applied to video, audio and text.

Content can be cryptographically secured, key pairs generated to control authorship and progress through production phases.

Blockchain allows a family tree of variants to be created, each with its own metadata, and cryptographic index, accessible anywhere.

Digital identities, anonymous or otherwise, can be created, capturing consumption data, and linking that to payment frameworks, operating without the need for fiat currency. This would also allow the synchronisation of payment at the point of consumption, at a micro level.

Finally, capital can be raised by issuing digital tokens, similar to bitcoin, funds being held in escrow, released in tranches, after peer-to-peer validation of the different phases from the treatment to preview.

Unique digital experiences can even be attached to those tokens; augmented and virtual reality, content gamification and curated viewing. I have even had a conversation about using a ‘blockchain-jam’ to reach consensus as part of originating music or video content.

In exploring the immense opportunity this technology offers, there are seemingly three challenges. The first is understanding.

Presentation of blockchain and digital currency technology, largely focuses on describing it as a distributed ledger, or database, that maintains a continuously growing list of records, called blocks. Whilst technically correct, this doesn’t engage the imagination.

It’s the equivalent of describing radio as the simultaneous periodic variation of electric and magnetic fields.

Both of these descriptions do little to highlight the importance of their underlying importance.

The second is the general omission of any reference to the digital currency part. Most articles discuss blockchain, making some passing reference to bitcoin, without discussing the higher order of efficiency possible when considered together.

The net result are blockchain projects, that are nothing more than databases, still referencing the real world via fiat currency, versus including the digital currency part.

Finally, bitcoin is generally perceived as bad, so nobody talks about it, despite having current aggregate value of some $42bn.

Blockchain is a collapsing protocol; it acts as a store of value, a payments platform, and a ledger to record changes in data, whether an ownership record, or otherwise.

True blockchains are also immutable. Their distributed nature, the cryptography they employ and the consensus mode of operation which ignores bad actors creates a trust fabric, where every node on the network can trust every other node, without the need for a trusted intermediary.

The store of value is a unique cryptographic event, in the same way content is, making the blockchain ecosystem perfectly suited for managing the secure capture, creation, distribution and consumption of content asymmetrically; it puts the author back in control.

Ignoring or dismissing the technology at this stage is as dangerous as ignoring Marconi. 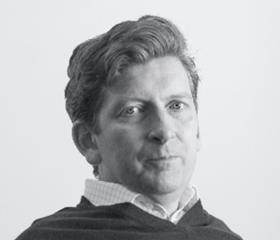 Founder and Managing Director of Blockchain Hub, an advisory company promoting and supporting the use of Blockchain across business sectors.

He is a former General Manager of Fujitsu and has held senior operational and technology strategy roles in the Bank of England, A.T. Kearney and Deutsche Bank.

Read more What blockchain could mean for media and entertainment