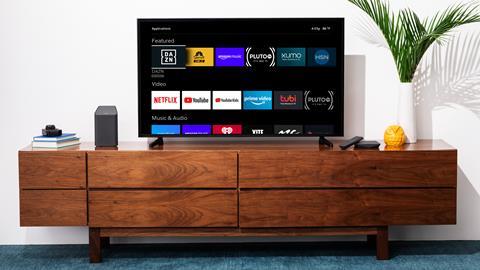 Internet customers who Comcast’s Xfinity Flex box for streaming apps - its version of the Amazon Fire Stick and Apple TV - will gain access to the DAZN app, according to Ben King, DAZN’s senior vice president of global distribution and business development.

DAZN launched in the US a year ago with  former president of Walt Disney Co’s ESPN John Skipper its as executive chairman.

It is best known for shaking up the boxing world by paying huge sums of money for marquee fighters - especially Mexican Canelo Alvarez’s $365 million, five-year contract, which is the largest to date in sports history.

Comcast Cable vice president entertainment services Daniel Spinosa said: “We’re thrilled to give our Xfinity X1 and Xfinity Flex customers access to DAZN’s live and on-demand programming starting this fall just in time for some of the most highly anticipated events in sports this year,.

“With new content from partners like DAZN, coupled with our aggregated UI, X1 is the best way to experience live sports at home, and with Flex we can extend this great content, integrated experience and voice control to our Internet-only customers directly on their TVs.”

The deal with Comcast is DAZN’s first distribution agreement in North America, but according to Reuters it is probably not its last.

As part of a new global initiative ’DAZN for Operators’, DAZN now provides a turnkey opportunity for cable, satellite, mobile and internet providers to offer DAZN’s premium sports content as a major value add to their customers. It is in active discussions in all nine of the countries it is operating in to replicate the deal with other cable, satellite and internet providers.

King said: ”DAZN for Operators is our new partnership program, in which we collaborate with the world’s leading pay TV operators, ISPs and mobile carriers to make the live sports experience even more accessible and better to watch for fans,.

”We couldn’t think of a better inaugural partner than Comcast.”

DAZN already has similar distribution agreements in Switzerland, Italy and Germany but has declined to release subscriber numbers.

King said partnerships will make DAZN “easier to find, quicker to subscribe to and better to watch.”

Since its introduction to the US market in September 2018, DAZN has continued to add to its content portfolio, which includes thousands of live and on-demand sporting and other events each year.

As more viewers cut the cord to pay-TV providers and watch their favorite content on new digital platforms, linear television broadcasters and operators have begun launching their own streaming products.

The latest is Disney+, expected to launch in November, while Comcast’s NBCUniversal plans an April roll-out of its new service, called Peacock.

Separately, a spate of other digital media companies - starting with Netflix - have launched in recent years.

Partnering with pure digital providers could help pay-TV operators regain some portion of the revenue they have been losing as customers cut the cord.