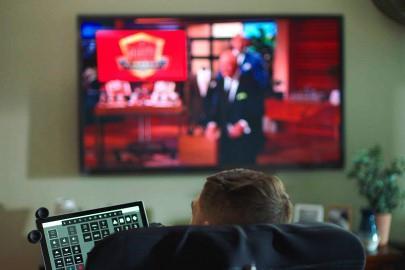 Comcast has developed a web-based eye control remote to enable viewers with a physical disability to change the channel, set a recording and search for a programme.

The Xfinity X1 eye control is a free service that uses a web page remote control to work “seamlessly with existing eye gaze hardware and software,” according to the telecommunications company.

The feature was launched yesterday and designed specifically for people with a physical disability -from spinal cord injuries or amyotrophic lateral sclerosis (ALS) - to navigate their television using only their eyes.

Comcast’s Xfinity X1 eye control is a web-based remote for tablets and computers that pairs with an existing eye gaze system and other assistive technologies to enable viewers to change the channel, set a recording and search using a glance.

Comcast vice president accessibility Tom Wlodkowski said: “Changing the channel on a TV is something most of us take for granted but until now, it was a near-impossible task for millions of viewers.

“When you make a product more inclusive you create a better experience for everyone and we’re hoping our new X1 feature makes a real difference in the lives of our customers.”

According to Wired, the firm began pursuing accessible services to people with disabilities seven years ago after recruiting Wlodkowski.

He had run AOL’s efforts to make the internet more functional for people with visual and physical impairments, launching a number of services, which let people who are deaf or speech-disabled place phone calls.

At Comcast, Wlodkowski built a team that was dedicated to accessibility and developed the industry’s first voice-guided TV user interface and created a dedicated support facility for customers with disabilities.

The firm has been leaders in delivering accessible technology services for its customers after launching the industry’s first talking TV guide in November 2014. It introduced a voice remote control in May 2015 and produced the first live entertainment programme in the US history to be accessible to people with a visual disability.

Comcast forecasted that approximately 48 million people in the US live with a physical or mobility disability and everyday around 15 people are newly diagnosed with ALS, making everyday tasks like watching TV incredibly difficult.

“That X1 can now be used with eye gaze and an array of other assistive technologies shows a new level of commitment to access and independence for persons with disabilities. A company that understands that users have their own specialised technology and works to bridge these technologies in a way that delivers value, deserves applause.”