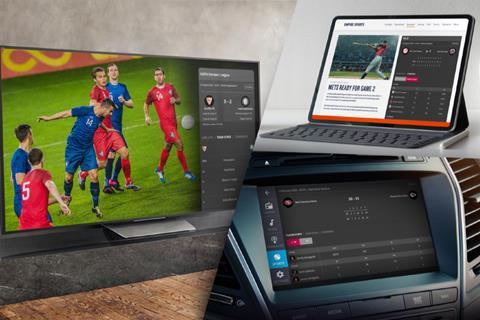 Gracenote: Real time statistics and live updates will be available via smart TV and auto platforms

By accessing Gracenote Sports Data through plug-and-play widgets, a smart TV maker can present previews of upcoming games featuring a viewer’s favourite teams followed by dynamic updates during game play. As the competition heats up, notifications can be created to engage fans and offer ways to navigate directly to the game broadcast or stream on their preferred service at home. Similarly, a connected car manufacturer can deliver easy-to-read game scores and league standings to infotainment screens in real-time helping drivers stay close to the action but still safe out on the road.