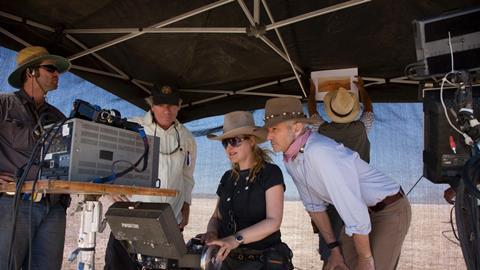 In the latest in IBC365’s series of interviews with inspirational women in the run up to International Women’s Day, director of photography Mandy Walker reflects on working on projects as diverse as Baz Luhrmann’s Australia, Ted Melfi’s Hidden Figures and Niki Caro’s upcoming Disney blockbuster Mulan.

Director Baz Luhrmann once described Mandy Walker as “an artist and a general”. It’s how she sees herself as cinematographer, a role she has pioneered as one of the few female DPs from the 1990s and who is uniquely a member of both the Australian Cinematographers Society (ACS) and the American Society of Cinematographers (ASC).

She’s just shot Walt Disney’s Mulan for director Niki Caro, the second Disney movie after Captain Marvel with a female director, and due for release in June 2020.

Walker was in the fortunate position of knowing what she wanted to do from a very early age. Born in 1963 in a suburb of Melbourne, she visited art galleries with her mother, went to the movies with her father and got interested in stills photography. Her father built her a dark room in the back yard where she developed black and white photographs. 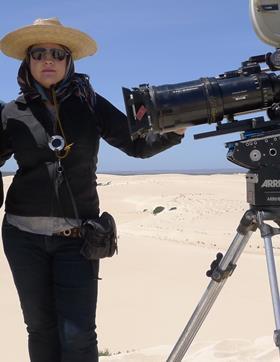 “Aged 13 or 14 I knew I loved photography and the movies, so I thought why not become a cinematographer. That’s really what I wanted to do.”

A teacher introduced her to surrealist films and she visited the State Film Theatre in Melbourne to see foreign language pictures, both contemporary and classic: “The idea that cinema can be so diverse, opening up completely different ways of looking at the world, really excited me.”

She shot Super 8 movies in high school and applied to film school aged 18 but was declined for being too young. Undeterred, Walker got a job as a runner on a film set, ferrying dailies and actors around, talking to the camera department.

“I made everyone on that project aware that all I wanted was to get into the camera department. Getting a job means being persistent.”

With no formal cinematic education, Walker worked up the ladder from the inside. While focus pulling she shot student films to teach herself how to light and expose film, to frame and move a camera, learning from mistakes. She asked other DPs for their advice.

Cinematographer Ray Argall offered Walker her first big break. She had been working on some of his bigger multi camera set-ups for music videos and live concerts as his focus puller and camera operator. When he began to direct his first feature film Return Home (1990) he asked Walker to be his DP. She was 25 years old.

She has juggled short form with feature work throughout her career. “Working in different formats with different directors and trying out different equipment keeps your brain moving,” she says. “Commercials requires quick decision making. Features are more about finding the story.”

One of those spots was for Chanel No.5, directed by Luhrmann. Sometime later, looking for a DP for his next project, he called Walker.

The project was 2008’s Australia, an epic romantic adventure starring Nicole Kidman and Hugh Jackman in the manner of Hollywood sagas like Giant and Gone With the Wind. 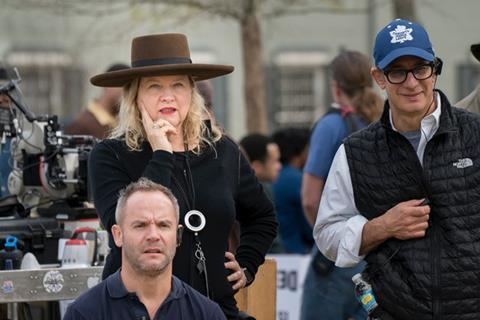 Principal photography lasted a suitably epic five months and Walker was involved in total for some two and half years.

“Baz said something to me early on in that film that has stood me in good stead for everything I’ve done going forward,” Walker says. “He said, ‘It’s important for me that you are not just artistic but also a general’. Australia had three multi-camera units shooting simultaneously, a crew of over hundred and we were prepping scenes far away from anything in the Northern Territories. I learned on that movie, that as well as being an artist, I was a collaborator and a general capable of running large scale logistics.”

For Hidden Figures, the story of female African-American mathematicians who served a vital role in NASA during the early years of the US space program, she got director Ted Melfi to write bullets for every scene.

“One was simply the word ‘Breakthrough’ but it was enough for me to see how he saw the storyline for that scene emotionally and atmospherically.”

She explains, “My next stage on most movies is to look for references which could be other movies or paintings that may be relevant. I like to location scout and take lots of photographs of different possible angles. I’ll note the light and time of day. All that will go into devising the look.

“I’ll be quite meticulous about the look and will spend a lot of time doing tests, finding the right lenses and camera. I think a lot of it, for me, comes from an intuitive sense about creating an experience for the audience to help them understand the emotion in each scene.”

Walker went through this process on Mulan for Niki Caro. This U$100 million-plus live-action adaptation of the studio’s 1998 animated film of the same name is itself an adaptation of the Chinese legend of Hua Mulan. The film stars Liu Yifei as the eponymous character about a maiden who disguises herself as a male warrior in order to save her father. The cast features a roll-call of Asian-Hollywood crossover stars Jason Scott Lee (Dragon: The Bruce Lee Story), Gong Li (Farewell My Concubine) and Jet Li (The Expendables).

“We began by talking about other successful Disney films that have been made from established sources (Jungle Book, for example), asking what made them work. Mulan is already an ancient Chinese fable so it was about taking something well known, introducing a new audience to the story, and allowing Niki to stamp her personality on this version.”

She travelled all over China seeking locations for the film: older buildings that looked architecturally right for the film’s time setting and desert landscapes all the way up to the Uzbekistan border for lengthy sequences following Mulan’s journey into battle. She photographed everything, then visited New Zealand.

“When I was starting out in the camera department in the eighties there were no female assistants let alone cinematographers. So, I did get a lot of push back from crew like grips and electrics – just people thinking I couldn’t do the job. I just ignored it and got on with it” - Mandy Walker, DoP

“Remarkably, a lot of landscapes in New Zealand could work for China which was handy for our scheduling.”

She test shot in LA with different lenses and formats, light and colour using an actor as stand-in for Mulan and some art department elements “working out what felt right for this movie”

“Although it’s a big film I wanted to give Niki as much time as she could with actors so we aimed to be very efficient on logistics.”

In the end Walker shot Mulan on Arri Alexa 65 for which Panavision build a bespoke set of lenses as the only way to achieve the particular look, of a Chinese painting she’d referenced, for certain scenes.

She commanded two units and “tried to keep as much of the amazing scenery and locations and effects in camera as possible.”

Walker is widely respected but, at times, she’s been made to work for it.

“When I was starting out in the camera department in the eighties there were no female assistants let alone cinematographers. So, I did get a lot of push back from crew like grips and electrics – just people thinking I couldn’t do the job. I just ignored it and got on with it.

“In terms of my job now, I can’t say I’ve had any overt situation where I’ve not got work because I’m a girl. I am sure it has happened but probably an unconscious bias rather than conscious for most people since this is a field that men have just done for a hundred years. There’s no logical reason why women aren’t being hired and it is getting better. But, that said, only about 5% of DPs are women.”

A recent artist in residence at UCLA, Walker mentors women and those of diverse culture to encourage more people into following in her footsteps.

“The most important things are to be dedicated, collaborative, amiable, and willing to try new techniques and equipment. You have to grasp each opportunity and never behave like you know everything because no matter how long you have been shooting there is always something new to learn and discover.”