Maxon upgrades Cinema 4D and bundles all products in One subscription

Maxon has debuted its Cinema 4D R23 at IBC SHOWCASE, offering enhancements to animation, character and UV workflows, Magic Bullet Looks integration and a Scene Nodes system among the many new features. 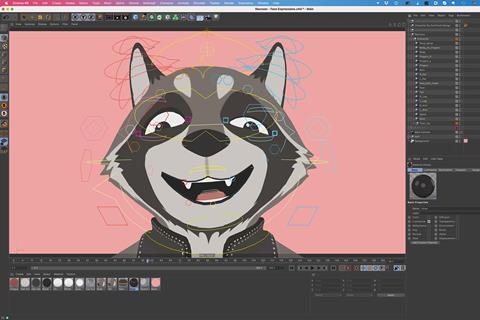 It has also announced Maxon One: a new annual and monthly subscription for all of its products in one package.

Cinema 4D Release 23 (R23) the next generation of its professional 3D software is available immediately for subscription holders and as an upgrade for perpetual licence holders, for both macOS and Windows.

“Cinema 4D R23 delivers robust advancements to the animation workflows and core technologies that empower 3D artists to create content intuitively and to the highest production standards,” said Dave McGavran, Maxon CEO. “We look forward to debuting all that is creatively possible with R23 alongside innovations from our sister companies Red Giant, Redshift and partners.”

The new character animation tools include Character Solver and Delta Mush (which smooths deformations while preserving detail) workflows as well as a new Pose Manager and Toon/Face Rigs, all of which make it easier to create and manipulate keyframes, produce new character animation rigs and manage character poses, retargeting and skinning. For animation, there is better, quicker keyframing, filters for the timeline and attributes manager (so that animators only see what they need) and more. The powerful UV editing capabilities introduced in Cinema 4D S22 (a subscription-only upgrade) are joined by new tools geared towards UV workflows for hard-surface models.

The introduction of the new Scene Nodes system provides a preview of the performance customers can expect in future developments of Cinema 4D. It allows users to explore massive distributions and procedural modelling in advance of further Cinema 4D core engine development for optimal creativity and experimentation. Plug-in developers will also appreciate the update to Python 3, and creative pipelines will benefit from the inclusion of USD import/export and updates to FBX and OBJ handling.

Maxon One includes every product from Maxon, Red Giant and Redshift in one subscription, including Cinema 4D, Red Giant Complete’s full collection of powerful tools for editing, VFX and motion design, and the ultra-fast GPU renderer Redshift for Cinema 4D. It promises to save users thousands of dollars over traditional perpetual licenses, and numerous hours on organising licenses and facilitating product updates.