The Royal Television Society has named the recipients for its 2020 undergraduate bursaries. The prestigious scheme aims to widen participation in, and access to, the media industry by supporting talented students from lower income backgrounds who are pursuing careers in television. 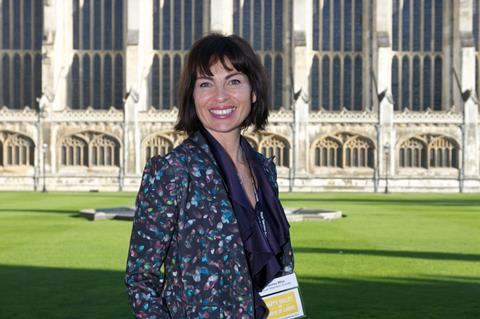 Wise: ‘The talent shown across the applications consistently impresses us’

STV, All3 Media and the Steve Hewlett Memorial Fund also provide funds and support for the TV Production/Journalism bursaries.

For 2020, 10 Technology bursaries were awarded, including one sponsored by STV and one sponsored by YouView, with the scholars studying STEM subjects ranging from Engineering and Computer Science, to Mathematics and Robotics. The TV Production and Journalism bursaries have been awarded to 30 undergraduates at 25 different universities, across a range of courses including Television Production, Business of the Creative Industries, and Animation Art and Design. One of the bursaries was provided by the Steve Hewlett Memorial Fund, with a further nine sponsored by STV.

This year the Steve Hewlett Memorial Fund scholar is Khadija Uddin from Port Talbot, who is studying Journalism, Communications and Politics at Cardiff University.

Theresa Wise, RTS CEO, said: “Across both schemes the talent shown across the applications consistently impresses us and the standard increases year after year, and for 2020 we are delighted to see more female technology scholars on the scheme than ever before. We are very much looking forward to supporting this passionate set of students on their entry into the industry. Congratulations to all the scholars!”

Ashley John-Baptiste, RTS Bursary Ambassador, added: “With students starting their studies during such difficult and unique circumstances, supporting them is more crucial than ever. I look forward to joining the RTS in lifting up the future of our industry and supporting these talented students.”

During their studies, each recipient will receive £1,000 per year to assist with their expenses and living costs. In addition, each beneficiary will receive free membership of the RTS while studying, with an additional year after they graduate. In their final year of study, the RTS will also aim to set up mentoring opportunities with one of their industry members. As the recipient of the Steve Hewlett scholarship, Khadija Uddin will also receive £2,000 per annum from the Steve Hewlett Memorial Fund supported by the RTS and The Media Society.

Eligibility this year was extended to include students taking Higher National Diplomas at level 5 or 6 in Television, Film Production, Journalism or other related subjects for the Television Production and Journalism bursary, and for relevant subjects such as Computer Science, Engineering, Maths or Physics for the Technology bursary. The recipients were selected by a panel of industry professionals following an open call to UK students applying for courses at accredited colleges and universities.