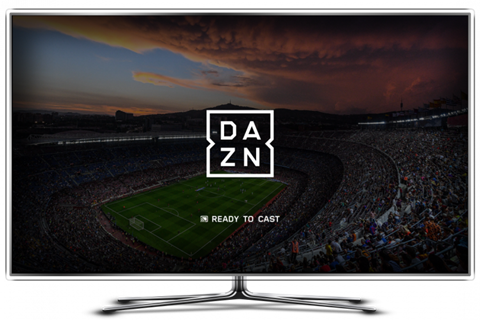 DAZN to launch channel on Sky Italia, according to reports

Negotiations between the two firms are at an advanced stage, according to a report by Italian daily newspaper La Repubblica.

OTT streaming platform DAZN owns the Serie A rights from 2018 until the 2020/2021 season, and reportedly if the deal is successful the first game will be aired on Sky on Saturday, 24 August.

The proposed deal will see the pay-TV DAZN channel air the ‘best of DAZN’s programming’, which includes the Saturday night Serie A match.

DAZN owns the rights to three out of the ten Italian Serie A matches per week. It also airs the Spanish La Liga, the English FA Cup and Championship, the EFL League Cup, Eredivisie, Ligue 1, the Chinese Super League, MLS, and the Japanese J1 league. It has not been disclosed if these would also become available on the new channel.

DAZN would continue to live stream and host the football games on-demand via the web and through the DAZN app for smartphones, tablets and smart TV.

However, DAZN’s complete content offerings which include its recent acquisition of Eurosport’s channels will only be available only online and not through Sky Italia, if the deal is finalised.

La Repubblica also reported that DAZN is in discussion with TIM to be a part of the company’s TIMVision IPTV service.

During Mobile World Congress in Barcelona in February, DAZN announced it was launching a sports service in Spain.

Innovation and partnerships will be the key to DAZN’s success, explained the firm’s senior vice president Peter Parmenter.

He said: “The ability to aggregate multiple sports at scale at the same time concurrently is fundamental.”