Looking ahead: intelligent assistants and VR

IBC2017: The next 20 years are likely to see more technological innovation than the world has seen in the past 300, according to experts at IBC. 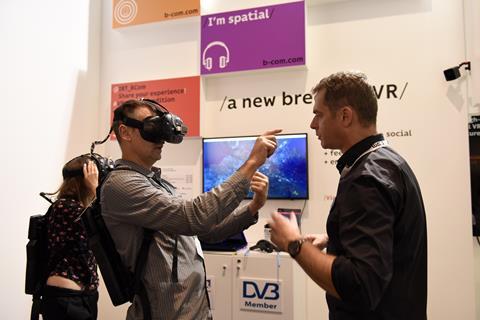 The Inventing the Future panel tried to Crystal Ball-gaze some of the possibilities, with NHK Research Scientist Hiroyuki Kawakita showcasing the broadcaster’s experimental work using stereoscopic TV as an overlay to mobile phone image capture.

Another project was very high-resolution 360-degree content including footage captured in Patagonia using a 4K image for each ‘eye’.

He talked about Amazon’s Alexa, and how it and similar concepts would expand and become even more versatile and how the internet giants would – no doubt – try to dominate. “It will be usual that these AIs will talk to each other. But would you let yours talk to your bank?”

Sasha Schriber, from Disney Research in Zurich, supplied a compelling demo of how Disney prepare for current and future projects, not least in tough to render problems like snow, human skin and eyes, and with clever applications such as their Cardinal ‘script to screen’ time-saving software.

BBC R&D Head of Internet Research George Wright explained that huge progress was being made.

Notably, projects such as VR had moved out of the Lab and was now in the hands of the Commissioners and for delivery.

“But some of our experiments fail. It isn’t always easy to hit the Sweet Spot.”

Wright said he had no doubt that machine learning and AI would remain of huge interest to the BBC.