The Walt Disney Company has announced that its Disney+ streaming service will launch in the US market on 12 November for $6.99 a month with an ‘unparalleled library offerings’.

According to Disney, its new streaming service will superserve the most ardent fans and offer a viewing experience set to rival the likes of Netflix and Amazon, as well as Apple TV’s upcoming service.

Disney+ will host all 30 seasons of The Simpsons along with 7,500 TV episodes and 500 films including 2019 releases and Fox family favourites like Malcom in the Middle, The Sound of Music and The Princess Bride.

In addition to its legacy programmes and feature films, Disney confirmed in its first year the Disney+ service will release more than 25 original series and 10 original films, documentaries and specials by some of the best storytellers in the industry. 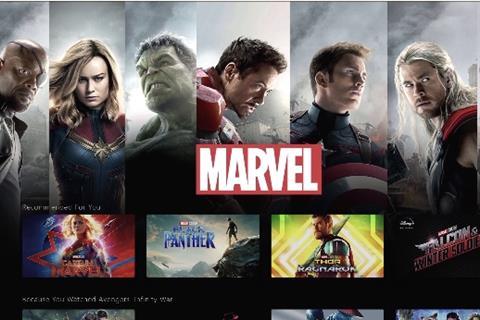 These include live-action series from Marvel Studios and its first animated series inspired form the comic book series. As well as a documentary on the making of Frozen 2, there are new animation series based on Toy Story projects and National Geographic documentary series.

Ampere Analysis senior analyst Toby Holleran told IBC365: “November seems like a strategic launch month for Disney, as Q4 and Q1 are typically Netflix’s strongest for domestic net adds, so Disney may be trying to capitalise on the holiday season when consumers may be more willing to try a streaming service.

“Additionally, the Star Wars content - be it the full movie catalogue or if Disney decides to include the new original content at launch - could appeal to Star Wars fans in the run-up to Episode IX’s cinematic release in December.”

Holleran added the low price point could be a strong appeal to US audiences particularly fans of The Simpsons.

“The combination of our unrivalled storytelling, beloved brands, iconic franchises, and cutting-edge technology will make Disney+ a standout” – Bob Iger

Holleran noted the price point will be little more than half of Netflix’s standard tier as its pending price increase will have already been implemented at the time of the Disney+ launch.

Subscribers will have the ability to create custom profiles with each receiving a personalised experience curated to their unique tastes based on past behaviours and preferred content.

As well as automatically adjusting to the best high-definition (HD) viewing experience based on the viewers bandwidth, it will also support of 4K and high dynamic range (HDR) video playback. 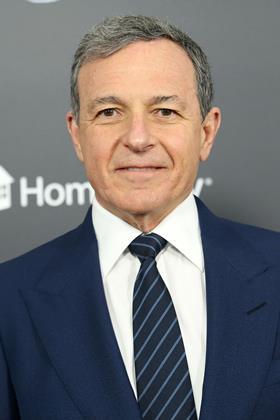 Speaking at its Investor Day, Walt Disney chief executive and chairman Bob Iger said: “Disney+ marks a bold step forward in an exciting new era for our company – one in which consumers will have a direct connection to the incredible array of creative content that is The Walt Disney Company’s hallmark.

“We are confident that the combination of our unrivalled storytelling, beloved brands, iconic franchises, and cutting-edge technology will make Disney+ a standout in the marketplace, and deliver significant value for consumers and shareholders alike.”

Walt Disney Company chairman direct-to-consumer and international Kevin Mayer said: “We’re extremely excited about our growing portfolio of direct-to-consumer offerings. As we demonstrated today, with Disney+ we will deliver extraordinary entertainment in innovative ways to audiences around the world.

“We’ll continue to enhance the user experience with a constant pipeline of high-quality programming, making the service even more appealing to consumers.”