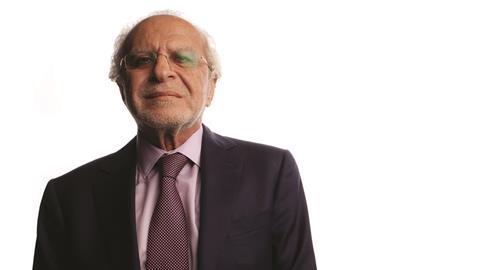 Dr Fares Lubbadeh: Broadcaster piracy is an issue but the fast-growing MENA market is embracing OTT and HDTV

Satellite may dominate in the region but IPTV is growing faster than the global average and viewers are embracing OTT providers.

Dr Fares Lubbadeh is Director General at Jordan-based SpaceTech TV Engineering, and is also a member of IBC’s Council.

Offering an insight into the state of broadcasting in the MENA region, he reveals that there are now some 1230 TV channels on air, with the most popular genres being sport (61 channels), news (also 61 channels), religious (55 channels) and drama (48 channels).

HDTV is also growing, up 9 per cent on 2015 with 212 channels on air, although most of these are supplied by the pay-TV operators.

Dr Lubbadeh cautions that Ultra-HD’s progress will depend on those pay-TV players, notably sport from beIN Network which transmitted seven games from this past summer’s UEFA European championships. Movie-based channels are in the offing.

“The MENA region is dominated by satellite, with some 50 million homes tuning in,” he explains. “DTT distribution is modest, although IPTV is growing faster than the global average and is mainly concentrated in the Gulf states of the UAE and Qatar.

“MENA is one of the fastest growing online markets in the world. MENA’s share of [global] internet use has quadrupled in the past 15 years, but there is a difference between the internet penetration for the GCC countries, at the levels of developed countries, and other parts of the Arab world still lagging behind.

“OTT services are getting more active in the GCC countries with the emergence of pure play OTT providers. The recent entry of international players in the region, such as Netflix and Starz Play, will benefit consumers through more non-linear programming at lower prices,” adds Lubbadeh.

But there remain problems with deliberate broadcaster piracy, and where unscrupulous channels retransmit signals that they have no rights to. A recent case involved Iran’s IRIB broadcasting some of the July 2016 UEFA football games.

The Dubai-based Anti-Piracy Coalition was formed early in 2014, and it’s making progress, says Dr Lubbadeh. “Actions against illegitimate satellite channels include ‘shut downs’, termination of contracts and ceasing of advertisement support,” he explains.

“Since the coalition started, around 47 satellite pirated channels were switched off, but more than 60 channels are still regularly infringing copyright.” 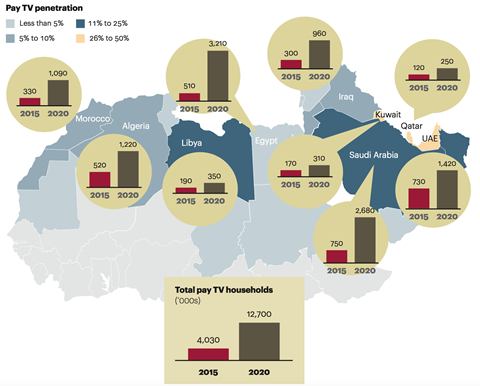 Dr Lubbadeh says that channel piracy affects not only international series and movies, but also Arabic content, thus causing major damage to the media production sector in the MENA countries. “This results in losses of hundreds of millions of dollars each year and threatens the growth of the media sector.”

However he is extremely optimistic about the MENA media scene, saying that pay-TV is – at long last – getting off the ground, and is expected to grow its subscriber base by some 6 per cent annually. The two major players (OSN and beIN Media) dominate the sector with some 65 per cent of pay-TV subs and 70 per cent of revenues.

“TV ad-revenues have remained relatively flat during the last five years in spite of the increase of the number of TV channels,” concludes Dr Lubbadeh.

“A dramatic increase in the production and popularity of talent, reality, talk and game shows locally produced in the Arab world is being observed. Due to their Pan-Arab nature, these entertainment channels are helping drive advertising revenues.” 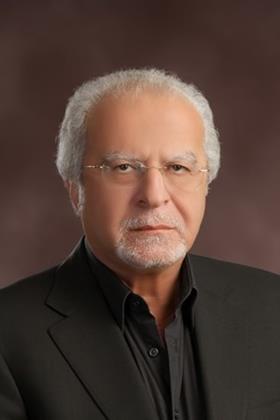