IBC2017: In entertainment at least, broadcasters and social media networks are more friends than foes as they harness social media to innovate new content and increase ratings.

At an IBC2017 conference session on the relationships between broadcasters and social networks Joanna Wells, VP of Comedy Central said that embracing social media and putting it at the heart of Viacom’s strategy has allowed it to achieve a social reach of ”unsurpassed levels”.

She said that Viacom now boasts over 1.6bn fans, followers and subscribers worldwide across all social media platforms and web sites. The broadcaster also boasts 6bn video views a month – a yearly increase of 61%. 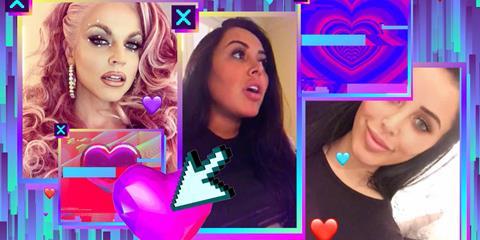 Central to Viacom’s strategy, said Wells, has been an investment in mobile and short-form content.

“Content is still king but the definition of content has shifted. It’s as much about a Snap or a Gif as it is about long-form TV shows.”

Original shows for social include dating show Single AF, which puts the romantic fate of seven single celebrities in the hands of its MTV Facebook followers. The show, which will also be a 10-episode TV series due to TX in late October, has to date enjoyed 100m views on MTV’s digital platforms and social accounts.

And while many traditional news organisations have criticised social media platforms for their handling of news content, MTV is embracing it and this year replaced its long-form journalism with short-form video pieces – a move that Wells said has led to over 150m video views per month.

Key features included launching an Integration Room on Facebook Live which allows fans to ask a different character questions each week after the show had aired. Foxtel also added a Facebook messenger chat bot which is updated with three story arcs each week.

Dandy added that discoverability is the key advantage to using platforms such as Facebook, but said that this comes with a caveat if the social networks want to remain ‘friends’: “We want to keep our content in our environment,” he said.