Esports isn’t new, but it is growing. According to a new Futuresource report, revenue in esports will hit $1.8 billion by 2023. IBC365 spoke to the consulting firm to find out more about this growing opportunity. 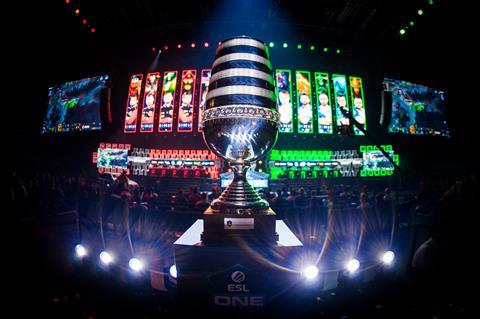 Esports isn’t a new industry, but in recent years, it has seen an explosion in popularity, so much so that revenues in this burgeoning market look set to reach $1 billion next year, according to a recent report from Futuresource Consulting.

This is being driven by the increased general interest in esports. With over 4,000 tournaments held worldwide in 2018, esports competitions can range from single camera set-ups to packed out stadiums. Major competitions, such as the Intel Extreme Masters, attract more than 100,000 spectators, while millions of fans tune in to streaming services such as Twitch on a regular basis.

According to Futuresource’s latest “Esports Opportunity for the Broadcast, Pro-AV and IT Industries” study by Futuresource Consulting, overall esports industry revenues are set to top $900 million this year with an 18% 2019-2023 CAGR predicted. This will see revenues in esports top $1.8 billion by 2023.

This rise has been driven by the popularity of platforms such as Twitch and the release of games such as Fortnight, as well as a transition to traditional broadcasters.

According to the Futuresource report, global audiences are set to skyrocket to 800 million by 2023, with much of this growth driven by a rising base of casual viewers covering more demographics.

“Global audiences are set to skyrocket to 800 million by 2023, driven by a rising base of casual viewers”

Futuresource looks a little further into this and compares esports uptake to that other popular disruptor, Netflix. It found that 25% of UK viewers aged 16-25 spend at least five hours per week watching esports. This compares 49% in that age group who watch Netflix. Esports viewers average seven hours of view time per week, compared with nine hours of Netflix.

This group of esports viewers is predominately male – around 70%, in fact, Hibbert explained. Many of these viewers have a higher than average income, too.

They explained that for broadcasters, there is huge interest in esports as it opens opportunities to engage with a young and growing audience base. But question marks remain around what the best strategy is to take.

“The jury is still out on offering esports through linear TV,” said Cox. Take Ginx TV, which partnered with Sky and ITV in 2016 to offer the UK’s only 24-hour esports channel, Ginx esports TV. This, according to Cox, has been “hugely successful” but questions remain. “Can this be replicated?” he asked. “Due to the wider demographics of esports, mobile is becoming increasingly important.” 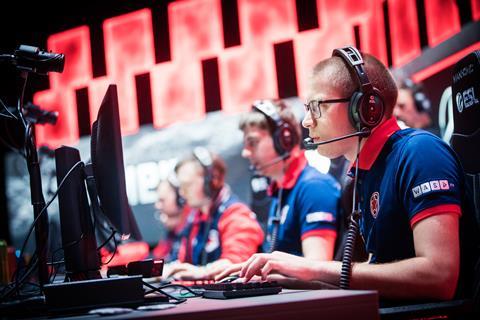 But Futuresource’s report predicts a rise in older esports fans. Why? “Nostalgia,” Cox claimed. “Esports can appeal to older gamers through classic games.”

So, what about the technical aspects? Most of the equipment being used to major broadcast esports tournaments – the ones with packed out stadiums - is the same as that found at other sports events – 8k cameras, multiple switches and 14 camera setup. But with some events seeing just 16 seats, many esports companies are using just one camera.

Many of the mid-tier tournaments are reliant on rental companies for their kit, while smaller events will own their own gear.

“The democratisation of equipment is playing a big role in the advance of esports, and that creates an opportunity that a lot of companies are looking at,” says Hibbert.

Ultimately, Futuresource believes there is still an awareness issue for esports, but this is changing. Go back 18 months and you would find most esports tournaments were sponsored by PC and tech companies – Intel and Samsung, for example. But now brands ranging from McDonalds to Mercedes are getting involved as they look for new ways to engage with younger audiences.