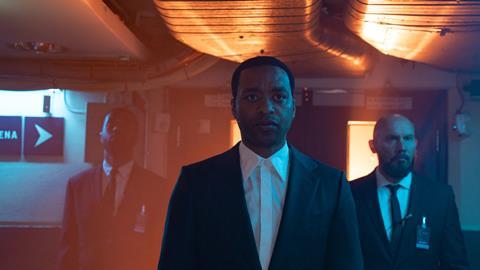 Behind the Scenes: The Man Who Fell to Earth

Adrian Pennington speaks to DoP Tommy Maddox-Upshaw about the remake of this cult classic for Paramount+.

The 1976 British cult movie The Man Who Fell to Earth is memorable for David Bowie’s performance as the angel-alien and the surreal imagery of New Mexico landscapes by cinematographer Tony Richmond BSC ASC, as directed by Nicolas Roeg. The new TV drama for Paramount+ enlarges on the film’s premise (and on Walter Tevis’ 1963 novel), stars Chiwetel Ejiofor and was shot largely in London by American DoP Tommy Maddox-Upshaw ASC who, it turns out, is a friend of Richmond’s. 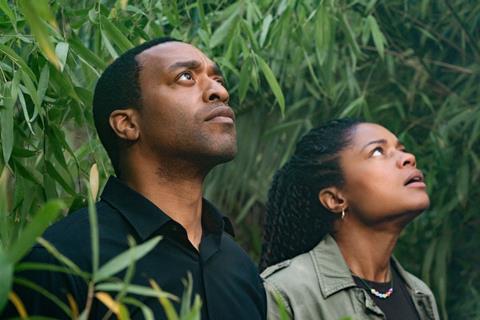 “I occasionally teach at the New York Film Academy which is run by Tony [Richmond - who is Faculty Chair of the Cinematography Department] and we’ve known each other for years,” he says.

“In terms of the visual language for this series the irony is that I wanted to push what Tony had done even further in terms of the extreme nature of who the central characters are. What is the response of humans to a humanoid who is black? At the same time what does it mean to be an alien trying to understand human behaviour in our contemporary context?” 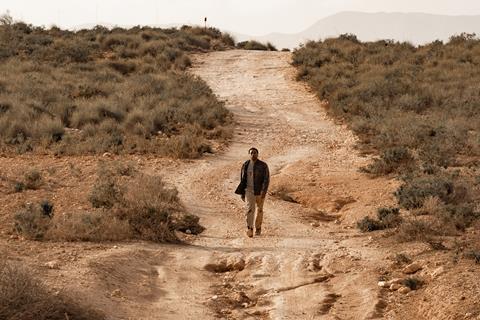 Spain exteriors including at Almería doubled for New Mexico

The Man Who Fell to Earth follows Ejiofor’s outer space visitor who assumes the name Faraday when he arrives on Earth on a mission to save his species on a distant planet. He seeks out Justin Falls (Naomie Harris), who he claims is integral to his mission, and also the Hatches, a family of tech entrepreneurs. Bill Nighy appears as Thomas Newton, (Bowie’s character from both the original book and movie), and Jimmi Simpson is an outcast CIA agent hot on Faraday’s heels.

“In the original we don’t get to know the full back story of Bowie’s landing on Earth and this time we do,” says Maddox-Upshaw. “Okay, but what does that look like? How can we convey his sensory development?”

Maddox-Upshaw landed the project after being invited by Kurtzman to discuss lensing Star Trek: Strange New Worlds. In the end that show went to Magdalena Górka and Glen Keenan, but Kurzman didn’t forget him and a few months later asked the DP if he would mind reading the script for a new series.

“The Man Who Fell to Earth was my first shot at world building. Thanks to the studio, who left us alone, we could try and make something a bit different,” Tommy Maddox-Upshaw

“That was in October 2020. We talked a week later and I guess my ideas aligned with his because he said ‘do I want to go to England and Spain to shoot it?’ I’d never worked in either country, so I said ‘hell, yes!’”

Maddox-Upshaw has operated camera on Iron Man 2 and Straight Outta Compton and shot features including apartheid drama Kalushi: The Story of Solomon Mahlangu, but it’s his TV work which is most extensive. He lensed the third and fourth season of FX’s 1980s saga Snowfall, recently winning an ASC Award for his work. He also photographed the sixth season of Fox’s hit series Empire and the second season of Netflix’s On My Block. 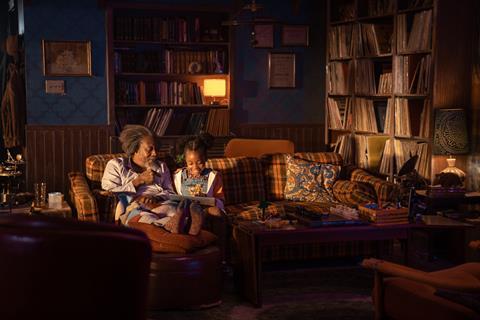 Maddox-Upshaw: digging into the shadows while still retaining colour details

“The Man Who Fell to Earth was my first shot at world building. I’ve taken on a series 2 or a season 3 before which means you are building on what others have done, but here I could take time to world build. Thanks to the studio, who left us alone, we could try and make something a bit different.”

That began as soon as the show was greenlit, with the pair talking for several hours every Sunday on Zoom “chipping away at the episodes, talking about movies we liked, sending notes back and forth” for five months before they first met face to face for principal photography in London in March 2021.

Maddox-Upshaw describes the show as “drama in a sci-fi space”. Their biggest references were Nomadland (the Oscar winning docu-drama) which grounds the story; The Game (David Fincher’s 1997 tale of corporate paranoia) and the Roger Deakins lensed No Country for Old Men which guided the colour for the opening scenes set in New Mexico.

“This accurate colour separation when both ends of the spectrum are in the same frame is the key reason I used the Venice,” Tommy Maddox-Upshaw

“In terms of story we wanted to draw parallels between the experience of Faraday on his home planet and that of Earth which is on the same trajectory. The flashbacks to his planet and the scenes in Mexico have a similar colour palette,” he explains. 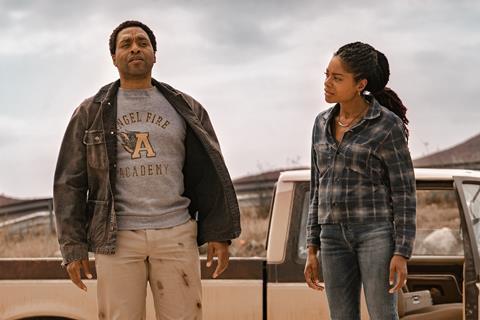 Chiwetel Ejiofor as Faraday and Naomie Harris as Justin Falls

“For me it was also important to generate empathy and intimacy between Justin Falls and Faraday versus the Hatch and CIA storylines. Those worlds are colliding and we wanted to juxtapose their agendas while keeping the audience on track emotionally with the story.”

To that end his choice of optics, sensor and colour design overlap. Maddox-Upshaw chose large-format spherical lenses from Panavision “that have a recipe of flare and colour temp and a certain amount of close focus that I love” juxtaposed with “more clinical, sharp” anamorphic G-series glass that he felt was “more in the sci-fi space”.

Acquiring on Sony Venice was principally because he prefers its rendition of skin tones over that of other digital cameras. “I am a different complexion to my daughter,” he says. “She is a bit lighter that I am. So, if we stand next to each other I want a camera system that gives me a great foundational base in order to have great colour separation. I want a neutral point before I start to colour mix and under or over expose.

“It suits the way I like to light, which is to dig into the shadows while still retaining colour details. If a person is backlit I can still hold the texture of their hair, because of the dynamic range, as well as the colour of their hair. This accurate colour separation when both ends of the spectrum are in the same frame is the key reason I used the Venice.” 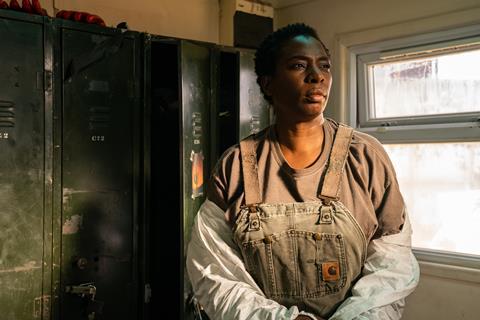 The show is framed in 2.39 anamorphic widescreen but Maddox-Upshaw is subtly switching LUTs and optics to resonate with and juxtapose the different characters.

“The complexity comes when those characters interact in the same space. If there’s a scene with both sets of characters and the scene is controlled by Hatch/CIA then I would record it in a third LUT somewhere between the two and in anamorphic. But if Faraday and Justin walked outside the room I would capture them in spherical and have the LUT roll a bit warmer. 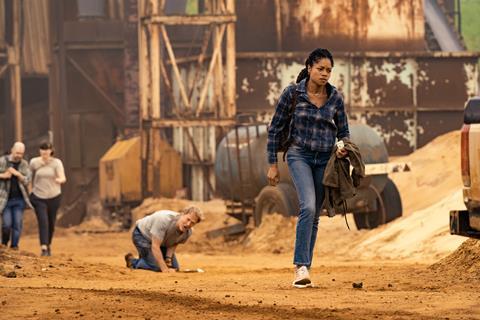 Launching on Paramount+ in the UK this Summer

“So, I’m trying to have people emotionally react while I’m switching these LUTs simultaneously per scene.”

He shot 6K for the anamorphic extraction and to accommodate VFX (each episode contains around 300 shots with Outpost VFX involved as vendor). Most scenes composed by Maddox-Upshaw were two-camera and operated by Andrei Austin (A-cam, Steadicam) and George Grieve (B-cam).

He shot the first four episodes of the series. Other DPs on the show were Balazs Bolygo and Adam Gillham. The show was graded at Technicolor by Pankaj Bajpai and Sam Chynoweth.