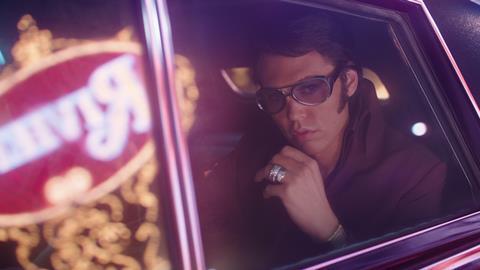 Oscars 2023: A look at the Best Editing Nominees

The Oscars 2023 nominees for film editing have been announced, Adrian Pennington takes a deeper dive into the details behind the headlines.

The Oscars 2023 nominees for film editing are:

Everything Everywhere All at Once

In this absurdist comedy the audience wasn’t supposed to keep pace with every parallel universe and rabbit hole into which Michelle Yeoh’s time-hopping laundromat owner dives. The point was to be exhausted by its possibilities and that caught the zeitgeist to the tune of $103 million at the box-office. 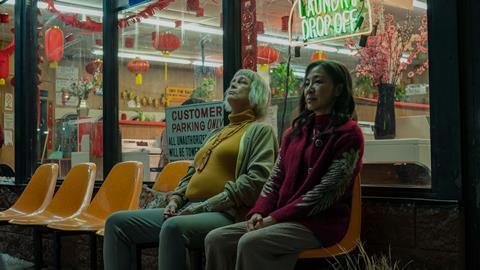 EEAAO: Everything Everywhere all at Once

“The approach was to throw out the rules of traditional filmmaking and just whatever works then it works,” editor Paul Rogers told IBC365 of collaborating with writers and co-directors Daniel Kwan and Daniel Scheinert. “[They] wanted to make a film, and then to break that film, and then we wanted it to rebuild itself.”

Read more: Everything Everywhere All at Once

“I’ve always loved making music videos where the budgets are so low it gives you an insane freedom to experiment. You get to stretch and push and massage that footage and reshape it with any tricks you can whether that’s something as simple as sound design or colour or taking it into After Effects, changing out a background or a prop or an extra.” 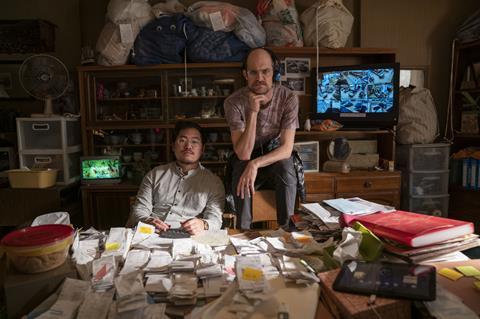 When Evelyn’s husband Waymond becomes Alpha Waymond in the Alpha universe of the film, Rogers devised “a scraping metal Terminator like sound” to coincide with when the character takes his glasses off. When a “reversed bell” sound rings, it’s another trigger to take the audience into another universe.

Editorial took a year as they trimmed an early three-hour cut to find the sweet spot. “Once you’ve seen the movie, the opening seems pretty chilled,” he said. “But if you go back and watch it, it’s stress after stress after stress in the laundromat and then we kick it into second gear.”

The Banshees of Inisherin

A couple of Irishmen walk into a bar… sounds like the set up for a joke and for large parts of The Banshees of Inisherin the craic, as they say, in Ireland is as enjoyable as a good evening with friends in a pub. But this fairy tale is bittersweet with touching characters and violence at its heart. Editing duties were intended for writer-director Martin McDonagh’s regular collaborator Jon Gregory but when he passed with production already underway in September 2021, Mikkel E. G. Nielsen stepped into his shoes. 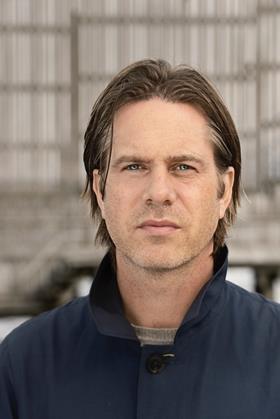 “Everything happened very fast because it started out on a sad note,” the Dane, who won the Oscar for Sound of Metal (2020), told Cinema Editor. “Jon’s work with Martin was an inspiration. It was strange, though, to enter a situation where you know it was supposed to be something else.”

He added, “It’s important to me that working on a film should feel like a family where you can feel safe in trying things out even if it turns out to be the wrong direction.”

Those sentiments – of family ties and challenging oneself to create art – are two key themes of the film. “Banshees is a beautiful breakup story,” said Nielsen. “It’s very simple on the surface, very complex when you dig into it.” He constantly interrogated the footage, asking himself ‘What happens if we make the scene a little sadder? Do we hold a little back? You don’t really know how much one scene affects the next or how sad or funny it should be unless you watch, tweak, review, discuss. How many pauses should there be? How long should a pause be?”

Nielsen’s Danish heritage helped him relate to the story. “I can definitely appreciate the culture of close-knit friends and the sense of communities meeting in pubs. Even though everything has an emotional logic, you never know what is going to happen next. I loved that about Martin’s script. It takes so many turns you cannot predict it.”

“Everyone knew this film would live or die on whether audiences feel the emotion of the characters in their F-18s,” editor Eddie Hamilton told IBC365 about working with Tom Cruise and director Joseph Koskinski on the highest grossing movie of 2022. “Everything was shot for real and built in the edit.”

A mountainous 813 hours of material was shot for the film, most of which was collected on dozens of flying sorties featuring the actors in the co-pilot’s seat. Much of Hamilton’s task was spent with his team meticulously reviewing and annotating each take. 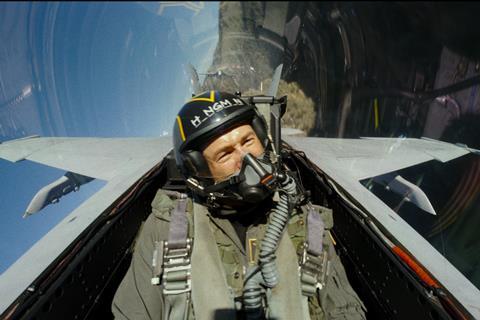 “I’d spend entire mornings looking for the perfect shot of a jet turning left - or flying inverted through a narrow canyon,” Hamilton said. “Sometimes I’d add only a few seconds to my timeline each day. I felt the weight of expectation every day for the year it took to film and another year to finalise editorial.”

From each 20-minute flight recording (x six onboard cameras) only a few seconds made the final cut. One technique Hamilton employed was to only select airborne shots with a moving horizon. “You start with tons of material and whittle it down and the very, very best footage rises to the top. We were incredibly disciplined about this.”

None of the emotional impact of the film’s dogfights would have landed without understanding the character’s relationships. While more conventional this ground coverage was not without its challenges particularly in the opening bar scene.

“There was a huge amount of exposition that required a delicate balancing act to make sure the audience connected subjectively with Maverick as he meets Penny (Jennifer Connelly) and the young pilots for the first time,” Hamilton said. “You need to convey each character’s unique personality and their hierarchy in the story very efficiently. For example, you have to make sure Rooster gets a little more screen time and everything needs playing from Maverick’s point of view. “

Austrian filmmaker Monika Willi said her specialty is working on challenging films. And there are none more challenging than Todd Field’s exposition of woke culture in Tár.

“I like to work on films that do something to you, that may cause pain, but pain and art trigger a lot of important emotions, thoughts and reactions in people,” she told CinemaEditor. 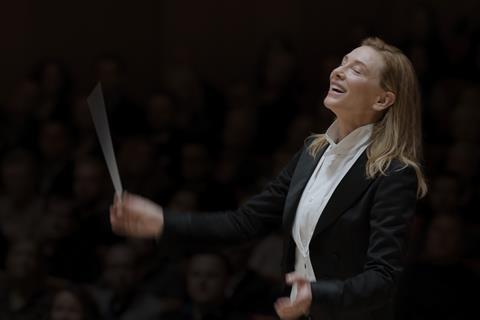 Willi is best known for serial collaborations with the austere and complicated films of Michael Haneke including on The Piano Teacher, Funny Games, The White Ribbon and Amour.

Pent up emotion is the core of Tár as well. She cut the film, with Field, in a house in a “remote” part of Scotland during the winter of 2021-22, and perhaps some the atmospheric frostiness crept through to the picture.

“We met in the morning, Todd would go for a walk, I would go for a run, then we would meet and talk about the film over coffee, then watch the whole film,” she said. They tracked the tension from scene to scene making microscopic changes—even down to individual syllables.

Willi worked closely with composer Hildur Guonadottir on the score that Willi describes as “somewhere between tone and music—a sub-sonic sound.” The ambient sound design is interwoven into scenes which underline Tár’s mental state.

Willi is also an experienced documentarian and made some of the Foley effects for the film. “I had a microphone with me [in Scotland], and we had all this nature around us.”

Editors Jonathan Redmond and Matt Villa built on their previous collaboration with Baz Luhrmann, The Great Gatsby, in their attempt to encompass what it felt like to be Elvis.

“Baz was very clear even the early phases of development and pre-production that he wanted it to feel contemporary,” Redmond told IndieWire. “In Gatsby, we often used hip-hop alongside of or in the place of jazz, so that the audience could decode just how radical and exciting jazz was in the 1920s. Baz wanted to do the same thing here.” 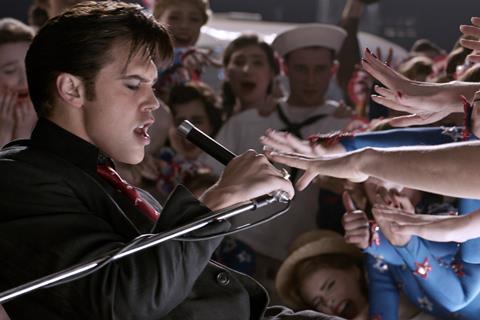 For Villa, “We always intended to turn the biopic on its head whenever possible. “‘Biopic’ was a dirty word in Baz’s mind.”

The script elongates certain sequences, making much of the 1968 televised concert that brought Elvis back from career oblivion (the film suggests) while barely mentioning his entire career as an actor.

“We elongated that sequence because there was so much happening both from a world-historical point of view and in terms of Elvis’ development and his relationship with the Colonel,” Villa said.

As ever, a lot of material was left on the cutting room floor as the editors whittled the film down from a four-hour first assembly. This included an early scene between Elvis and his first girlfriend to portions of the electrifying musical numbers.

“Every song that you see in the film was shot in its entirety, and we edited them in their entirety,” Villa said. “There was a lot that came out there that I was sad to see go, and there were lovely scenes between Elvis and his first band.”

- Oscars 2023: A look at the Best Cinematography Nominees