Getting to grips with TV’s golden age

IBC2018: The state of scripted, the future of linear TV and the effectiveness of digital advertising were all topics of debate at a session devoted to debunking received wisdom in TV.

Senior figures across the TV industry have agreed that we are currently enjoying a golden of television drama.

Richard Waghorn, Director of Transformation & Technology at RTE, speaking at an IBC conference session dedicated to industry Mythbusting, said: “There were 250 scripted series in 2011 and 2012 – now it’s 500. We are in a golden age of TV whether that be linear or SVOD. The audience clearly has an appetite for scripted content.” 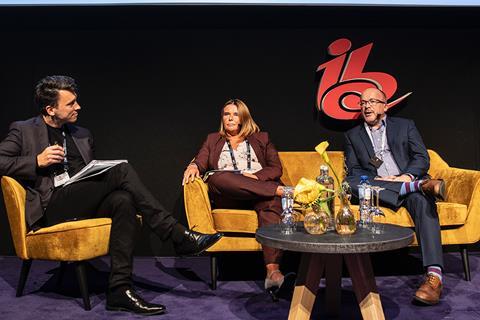 Sky Head of Insight Louise Sharpe said: “It feels like a very buoyant time. Drama is getting good audiences – Ofcom data show that big drama is getting audiences over 8 million per episode in the UK on channels such as the BBC, ITV and Sky and it’s doing well on the SVODs too.

”At Sky we will be increasing our investment in original drama by 25% because it is what our customers want.”

The panel also agreed that many of the headlines predicting the imminent demise of linear TV were overblown. Said van der Voort: “TV isn’t dying – it’s just having babies with the launch of new ad free subscription services or ad driven services.”

RTE’s Richard Waghorn added: “Linear TV is actually growing. Where there is a problem is with the younger age demographics who are watching less. That’s the challenge that the linear TV industry faces, rather than TV dying.”

There was general consensus that Netflix was the biggest content player overall in the industry. Said Waghorn: “With a valuation of $150bn in market cap they are the biggest TV business but in terms of overall size EBU members content spend was more than that spent by Amazon and Netflix combined.”

Despite the growth in the amount of time younger viewers spend on platforms such as YouTube, TV was still king of the attention economy, agreed the panel.

It argued that ads on platforms such as YouTube had less impact than TV advertising.

“Our understanding is that there is a need for advertisers to go back to branding campaigns. They should spend more time looking for mass reach.”