The Oslo-based company has been working with the telco for more than three years but has only just announced the OTT collaboration. 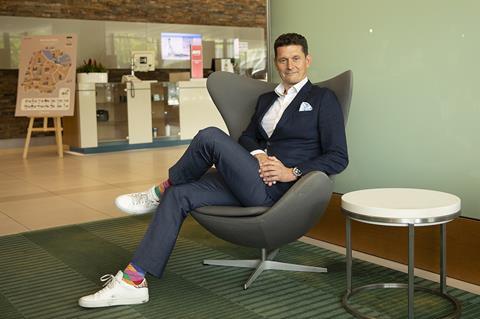 Jørgensen: Appear X Platform’s ‘extreme density’ is a key part of its appeal

X Platform is described as a low-latency platform for high-speed video networking, enhanced IP security and advanced compression for the remote production, contribution and distribution markets.

Thomas Jørgensen, CEO of Appear, told IBC Daily that DT wanted to ensure that streaming content “has the same quality and latency as anything delivered via satellite and cable”.

Jørgensen said DT chose the Appear X Platform because of its “extreme density”, with an ability to fit several UHD channels with a large ABR bitrate ladder into one chassis, while maintaining very low latency and achieving high-quality video over OTT.

He also pointed to DT’s wish to build the OTT value chain with “off the shelf” modularity baked into its design. The telco used a “best of breed” approach to cherry-pick interoperable building blocks, he added.

Speaking on the collaboration, Koen van Benschop, Manager TV Headend at Deutsche Telekom Technik, said: “OTT is going to be a decisive battleground for operators. Though satellite and cable are currently more popular among German customers, the tides are turning. Customers want choice in how they interact with content, they want full control over what they watch and when.”

Jørgensen said Appear is working with a number of telcos, including UK-based BT, as they invest in OTT offerings for their prime content. Here, he highlighted the growing interest in live sporting events and the related requirement for very low latency services. Appear recently published a report on sports broadcasting investment in partnership with the IABM.

During IBC, Appear is also discussing the refresh of its XC Platform, its recent launch on the US market, and the introduction of a new server-based transcoder in Europe. It will, of course, also be placing a big focus on its green credentials, highlighting the low energy consumption and CO2 production of its X Platform, for example.