Data is gold when it comes to driving monetisation and stemming churn in OTT, and critical if SVODs are to navigate to ad-supported tiers. 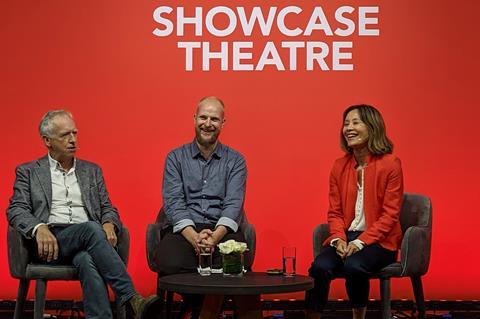 Piano’s analytics and activation smarts are being used by France TV, Canal+, BritBox and UKTV.

“The more information we can get on our users the easier to ID segments that advertisers want to target,” said Andy Isaacs, Head of Data & Analytics at UKTV. “We’re now at the point where we are directly matching advertisers with email lists.”

Isaacs admitted: “We were very inexperienced before Piano’s experts came in. They explained the process of how to generate more value from our data in a way that we understood. They helped design data models and essentially got us to a point of higher data literacy.”

Broadcasters and SVODs are awash with data from user consumption to CRM but don’t necessarily know how to maximise it.

Among the insights that could be generated is on the 40% of users who do not consume a service’s content every day. Of those, so-called ‘sleepers’, 30% exhibit a high propensity to cancel (churn).

“If you can identify the sleeper, you can present them with cheaper ad-supported options to lure them back to the service,” said Fenner.

“The water cooler moments giving content buzz have being diluted due to remote working. You can recreate that in a social media environment to retain loyalty.”

By far the most expensive capital expenditure in broadcast is on content with costs ranging from $2 billion to $20 billion a year.

Fenner said: “Only 20% of a content library is being used and monetised. That is where content recommendation and personalisation come in to drive monetisation of a greater portion of content. Data is the key.”