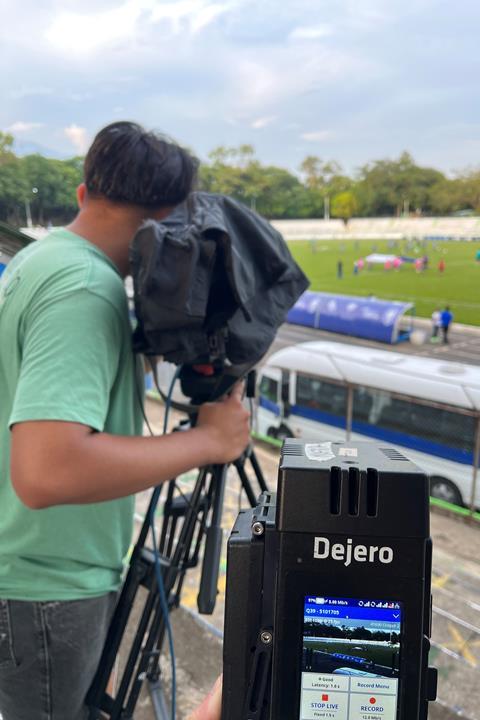 Pablo Reyes, chief production officer and partner at Quality, said that by using Dejero services at all the soccer stadiums across El Salvador as well as its Buenos Aires hub, “we have created a remote production workflow that saves a significant amount of time, resources and money”.

With a traditional workflow, an outside broadcast truck and almost all of the production crew would need to physically tour stadiums across El Salvador for ten months of the year to cover the soccer league matches. Reyes said this is no longer the case.

“Thanks to Dejero technology, all of the production facilities and resources remain in Quality’s Buenos Aires hub. This saves between 65% and 70% on setup time and costs, including cable installation, production crew time, travel and other expenses, as well as overall logistics,” he said.